British Asian companies contribute 10% to the UK’s economy and most of that is food and drink. We explore 5 of the biggest food and drinks companies.

"We will continue to use our vegetable oils and fats as our bread and butter."

Today, British Asian companies are an extremely vital part of the UK economy.

This is despite the fact that many of them were started by migrants from South Asia.

These migrants arrived in the UK with hardly any money in their pocket when starting their businesses.

But through hard work and determination, they have built them into globally recognised brands, worth hundreds of millions of pounds.

Business Insider compiled a list of the top 21 richest Asians in the UK. They are worth a total of over £63 billion (6,300 crores) and have an average worth of over £3 billion (300 crores).

The richest is the Hinduja family whose multinational empire has a net worth of £22 billion (2,200 crores). They have businesses which range from trucks to banking and Gulf oil.

British Asian companies contribute over £103 billion (10,300 crores) to the British economy which is a lot considering the population of British Asians in the UK is approximately three million.

The majority comes from food and drinks companies, which is immensely popular in the UK.

Let’s take a look at 5 British Asian food and drinks companies that have been successful. 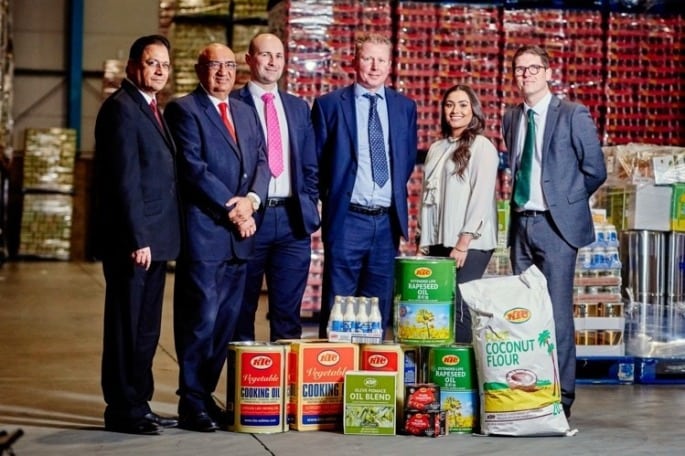 KTC is best known to the UK food industry as Britain’s largest independent manufacturer and distributor of oils and fats.

Their product range includes everything from oils and fats to pulses, lentils, rice and pasta, flour and coatings and 100% coconut oils.

Jernail Singh Khera founded KTC in 1973 when the company originally traded in cosmetic oils. The Asian community used them for health and beauty purposes.

It originally operated as Khera Trading Co and in 1979, became a limited company and had the name include “edibles” for impact.

With over 700 products to choose from, KTC supplies top supermarkets like Asda and Tesco.

A combination of new products and hard-working staff contribute to the growth of KTC.

Vegetable oils, which range in different sizes, are the biggest seller of the company. This includes 20-litre drums.

KTC Sales Director Mike Baldrey intended to expand KTC by “continuing to use our vegetable oils and fats as our bread and butter.”

A large range of products at a competitive price make KTC a major British Asian company. 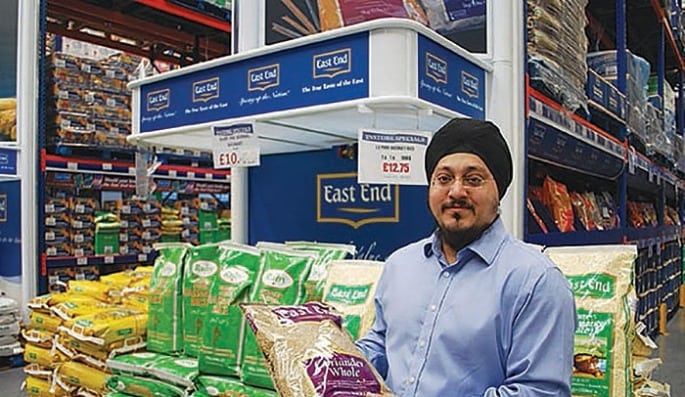 Founded by Tony Wouhra MBE during the 1950s and 60s during the surge of immigration to the UK.

He and his brothers spotted a gap in the market as immigrants from India and Pakistan demanded ethnic food products. They set up East End Foods in Wolverhampton and began door-to-door delivery. Interest grew as did the business.

East End expanded to Birmingham in the 1970s where it continued to grow as a British Asian food and drinks powerhouse.

Today, East End Foods stocks more than 1,250 items which are sourced from around the globe. Almost every shop in the UK stocks East End products.

Producing everything from spices to rice, the company boasts an annual turnover of £200 million (20 crores).

This establishes East End as one of the main British Asian companies. 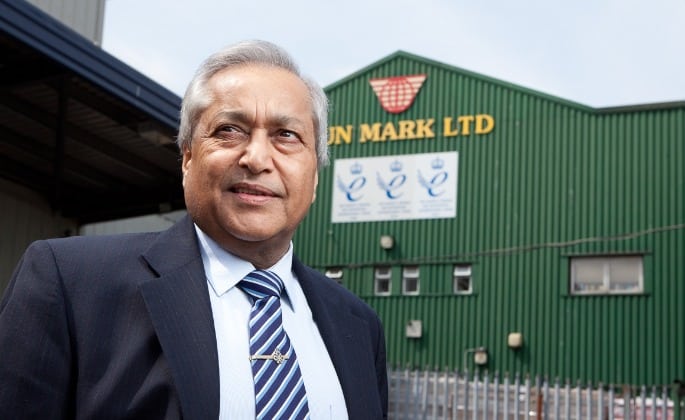 The ultimate rags to riches story. Dr Rami Ranger, MBE, born two months after his father was assassinated, immigrated to the UK to set up his own business.

Dr Ranger founded his first business, Sea, Air & Land Forwarding from a shed with just £2 in his bank account. The company is now worth over £7.3 billion (730 crores).

Sunmark Drinks was founded in 1995 and it exports British supermarket products to over 100 countries worldwide.

A four-time winner of the Queen’s Award for Enterprise in International Trade, Dr Ranger attributes international trade as a reason for company growth.

“We are a trading nation. Trade is our lifeline.”

“Looking international is the only way forward and hidden talent is no talent.”

“We have some wonderful products and services here and we really need to spread the word. You just need a vision to get the maximum out of what is staring at you in the face.”

Sunmark Drinks has a turnover of £130 million (13 crores) and continues to grow at over 30% a year. This makes Sunmark drinks one of the fastest growing British Asian companies. 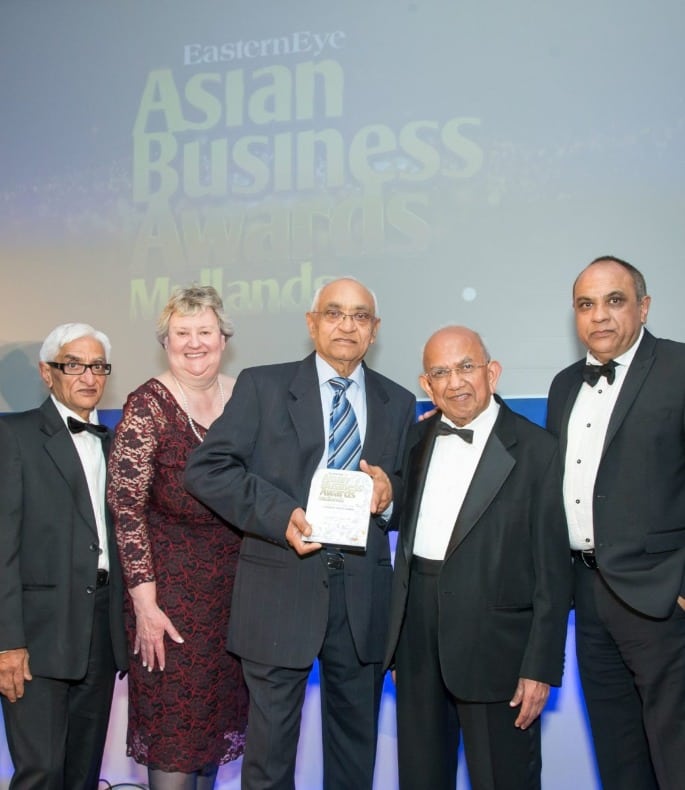 Dinesh Patel founded the Indian snacks company in the early 1960s where he made crisps and popcorn for cinemas and shops in his home country of Kenya.

He and his family fled, along with thousands of Asians and found their way over to England.

Patel and his family spent their savings on a fish and chip shop in Leicester when they arrived in the UK in 1974. They used the fryers – often in the middle of the night – to make Indian snacks.

A decade later, the business expanded to sell its Bombay mixes and other savoury snacks to ethnic food stores, newsagents and convenience stores.

Places in Leicester, Birmingham, London and Manchester were the first to receive Cofresh products.

Ten years on, its wide variety of snack products are found in the world food aisles of Tesco, Sainsbury’s, Asda and Morrisons stores across the country.

Cofresh recently introduced a range of low fat, vegan and gluten-free snacks, which are available in UK health food stores. 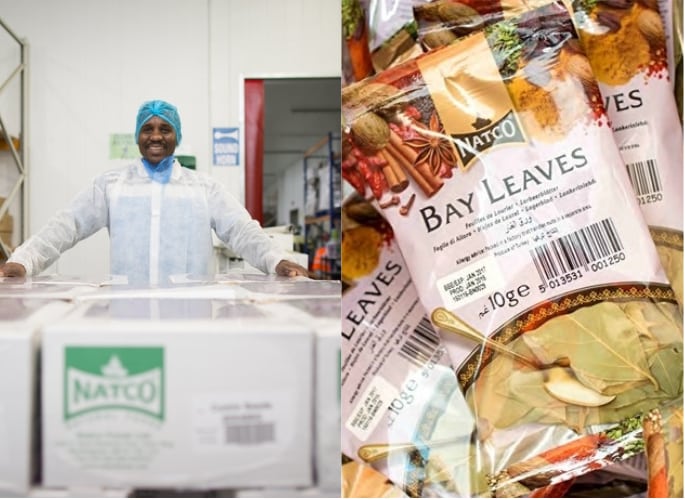 Since 1961, Natco has provided the UK with these foods using globally sourced ingredients.

Based in Buckinghamshire, Nacto is a two-time winner of the Power Business of the Year Award at the British Asian Business Awards, having won it in 2015 and 2016.

Natco is part of the Choithram Group which has worldwide activities including supermarkets, manufacturing and distribution.

These are only five successful British Asian companies that produce incredible food and drink. They will continue to grow as they expand further across the globe.

So many more businesses in the UK share similar success stories. They show how far British Asian businesses have come from their humble beginnings to being household names.