Brothers Jailed for Role in Cannabis Factory worth up to £3.5M

Two British Asian brothers have been jailed for their role in creating a cannabis factory that police believe would have been worth £3.5 million. Police discovered over 4,000 plants in the factory, set up in an old mill.

"This cannabis would be sold in the city, in this county and beyond."

A judge has handed two British Asian brothers jail sentences for their role in helping create a cannabis factory. Officers believe if they hadn’t discovered the factory, it had the potential to be worth £3.5 million.

Identified as Mohammed Anwar and Mohammed Imran, they will serve 5 years and 6 months in prison. Their trial took place at Nottingham Crown Court.

They pleaded guilty to conspiring to produce cannabis between 1st June – 6th August 2017. The two brothers were part of a drugs gang, who had set up the factory in an old mill.

Last year, four men approached the tenant of the Nottingham mill, claiming they had a contract, delivering goods for Amazon. However, this ‘cover story’ allowed them to create the illegal set-up.

The court heard how the factory sprawled across two floors, with seven Vietnamese workers. They also made access difficult by removing steps from the emergency exit and building a breeze block wall by the stairs.

However, the factory was busted after the owner of the mill arrived. After the Grenfell tragedy, he went to the building to conduct safety checks. Unable to enter due to the restricted access, the squatters lived in the premises after hearing noises.

He left but returned with two men and a sledgehammer. As they forced their way in, the Vietnamese men escaped, fearing they would get caught by police. Eventually, officers arrived to break in and discovered the factory. 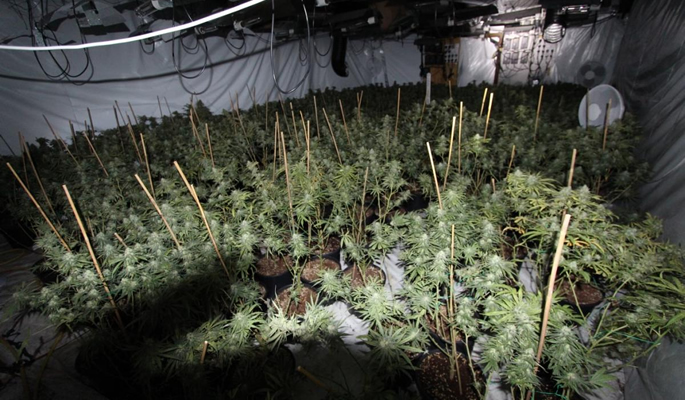 They found a total of 4,049 cannabis plants. During the trial, QC Gregory Dickinson said: “This cannabis would be sold in the city, in this county and beyond.

“Barely a week goes by where this court and others deal with the effects of the use of cannabis, barely a week where I read a report of some young defendant who suffers from anxiety, depression, insomnia or paranoia because of psychotic substances.

“High strength cannabis is having a profound effect on the mental health of many people and that is hugely disturbing. It should be a matter of great concern.”

Officers discovered the two brothers’ involvement by tracing their mobile phones. They also traced a van linked to the men, which visited the factory and travelled to London for specialist electrical equipment.

The jury heard that the cannabis from the plants had the potential to be worth between £1 million – £3.5 million if sold in small amounts. Prosecutor Gordon Aspen said:

“This was nipped in the bud but clearly those involved were there for the long haul.” 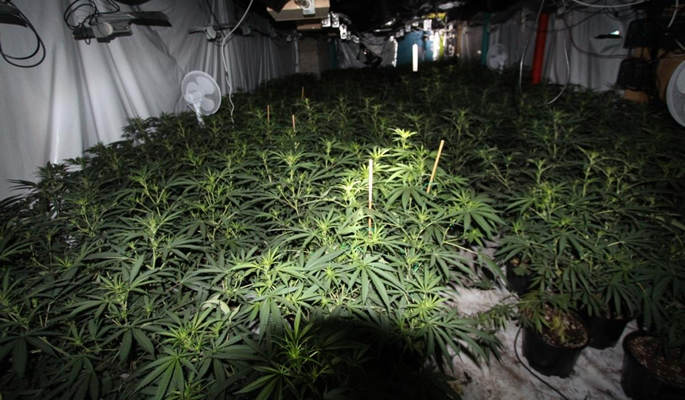 Defending lawyer Balraj Bhatia, representing Imran, claimed his client felt “reluctant” and suggested there was “no evidence at all he was involved in the financing or the capital outlay”. Ranjit Lallie, representing Anwar told the jury his client made no money as there was no harvest.

Both lawyers also mentioned how the two brothers had made contributions to the community. Lallie said of Anwar:

“He has got good qualities. He made a grave mistake here.” However, they now will begin their lengthy sentences.