A British Asian man has been sentenced to 40 years in jail for the kidnap, rape and murder of his 20-year-old niece. He was also found guilty of attempted murder of another woman, who he also kidnapped and raped.

"He molested Celine's body while she was dead and then he molested me thinking I was dead."

A British Asian man will serve 40 years in prison after a judge found him guilty of the kidnap, rape and murder of his niece. Sentenced on 14th February 2018, his trial took place at the Old Bailey.

He was also charged with the attempted murder of a second woman and sexually assaulting her between 2008 and 2010.

On 19th July 2017, Arshid kidnapped 20-year-old Celine Dookhran and an unnamed woman. He took advantage of Celine’s father disapproving her relationship with a Libyan man and attempted to make it seem like the two women ran away.

He brought them to a London house which he was renovating, worth around £1.5 million. In the property, he bound and gagged them, wrapping them in dust sheets. He then proceeded to rape the women and slit their throats.

While Celine died, the second woman survived and told the court: “He said: ‘Now you’ve got 10 minutes to live and your body will shut down.’ I was trying to play dead.

“He molested Celine’s body while she was dead and then he molested me thinking I was dead. He’s such a psycho. I sat up and he said: ‘How have you got so much energy?’ I was covered in blood from head to toe. I was swimming in it.”

She also added: “I’m not going to lie, I was scared for my life. I thought, if we get out alive, he cannot get away with this.” She also pretended to be willing to run away with him, in order to stay alive.

Afterwards, Arshid stored the 20-year-old’s body in a freezer, which he installed two days beforehand. The surviving victim recalled:

“He brought Celine down in a bag, picked her up and put her into the chest freezer. All I could see was her legs sticking out. I had to act like it was not affecting me.”

The second woman was rescued by Arshid’s brother, who took her to a hospital. She then raised the alarm and told police what happened at the house.

Meanwhile, the 33-year-old attempted to flee to Pakistan. CCTV footage filmed him travelling through a South London train station with luggage. On the morning of the 20th July, officers caught him at a hotel in Kent. 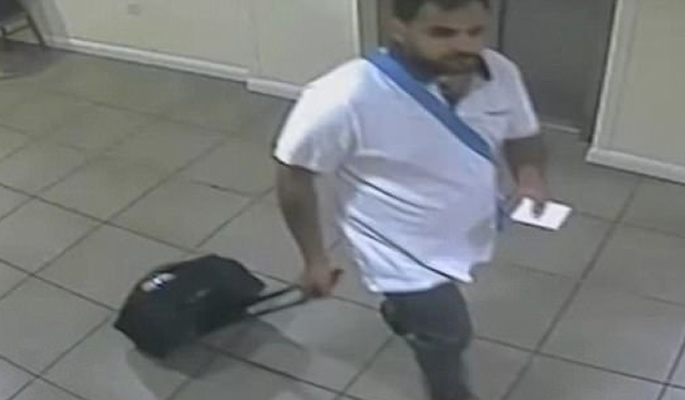 The court also heard how the man became sexually fixated on the 20-year-old when she moved into his home in South London.

Arshid denied the charges made against him and claimed the second woman had killed Celine. He suggested she murdered the 20-year-old while enraged that he had consensual sex with both of them.

However, during an investigation, officers found both women had the same set of injuries, suggesting they didn’t have a struggle with each other. They also discovered Arshid had searched for terms such as ‘how to cut up a human body’ and ‘what’s the best way to dispose of a human body’ a week prior.

A co-defendant, named Vincent Tappu, was acquitted of all the charges made against him. But while he was cleared, the judge, Mr Justice Edis, believed another man had helped Arshid conduct his attack.

Upon hearing the verdict, members of the victim’s family shouted “yes” in the courtroom. In addition, Celine’s mother made an impassioned statement, saying:

“No emotions shown or words spoken will ever be able to describe fully the devastation and heart ache I felt on the day she was so cruelly taken away from all those who loved and cared for her.

“Celine’s death has left our family feeling cheated and robbed. My heart is heavy. However I will not let it be broken by the cowardly actions of an evil monster. She was the heart and soul of our family. No mother or family should ever have to bury their daughter.”

With the sentence now delivered, Arshid will begin serving his 40 years in prison.

Brothers Jailed for Role in Cannabis Factory worth up to £3.5M
Indian Woman married Two Women as a ‘Man’ for Dowry