Indian Woman married Two Women as a ‘Man’ for Dowry

An Indian woman has been arrested after she married two women, posing as a man, for dowry. She also allegedly tortured one of them and has been charged with fraud, impersonation and forgery.

Police have arrested an Indian woman after she married two women whilst posing as a man. After allegedly dressing up as a man for 4 years, reports say she tricked the women into marriage so she could get dowry.

Identified as 25-year-old Sweety Sen, she also reportedly tortured one of her ‘wives’.

Her arrest took place in Uttarakhand on 14th February 2018. Officers have charged her with fraud, impersonation and forgery. However, they originally charged her with dowry harassment and initially believed she was a man named Krishna.

“At first we failed to understand what Krishna was saying. We conducted a medical examination and found that Krishna is female.”

Police suspect that the 25-year-old began posing as a man back in 2014 when she first created a Facebook account. Changing her name to Krishna, she would allegedly dress up as a man in images and spoke to multiple women on the social media platform.

In 2014, she reportedly travelled to Kathgodam to meet a woman she met on Facebook. Named Kamini, she believed Krishna was male and they eventually married in April 2014. Reports say the 25-year-old began abusing her ‘wife’ for dowry.

Police also believe she borrowed Rs 85 lakh (approx. £9,467) from Kamini’s family to start a business. However, she failed to return the money. Kamini said:

“We got married in 2014, she used to behave like a man, used to drink, smoke and also abuse. She used to threaten to kill me after she married another woman.”

Krishna later married a second woman in April 2016, identified as ‘Nisha’, who was present at the 25-year-old’s first wedding. While some reports say she had separated from Kamini, others state that all three lived together in a rented flat. 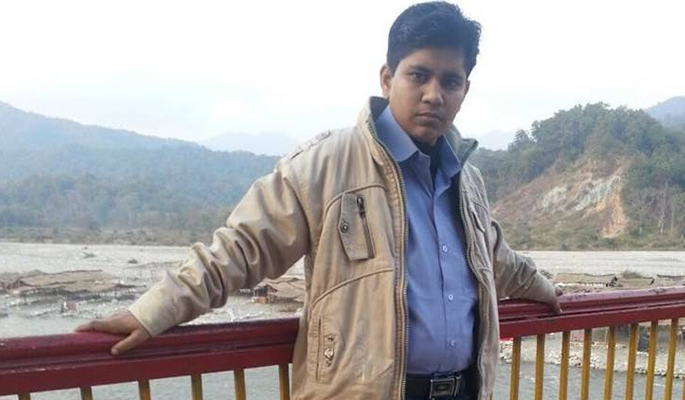 Janamejay Khanduri said of the second ‘wife’: “The girl from Kaladhungi came to know that Krishna was not a man, but she lured her to keep silent by promising her money.”

However, the 25-year-old continued threatening Kamini, demanding dowry. This prompted her to file a complaint of dowry harassment with Haldwani Police, with officers soon making the arrest.

Police also revealed that during the two marriages, Krishna would not allow the women to look or touch her body. When intimate with Kamini and Nisha, the 25-year-old would allegedly use sex toys.

Since the arrest, police revealed that Krishna admitted she always wanted to live “a man’s life”. However, they are unsure if her parents know she has been posing as a man. They also revealed she would change her tone of voice, drove a motorcycle with male friends and used men’s toilets.

As mentioned, they originally charged her with dowry harassment. However, Sub Inspector Sanjay Joshi explained why they dropped the charge:

“Krishna has been booked for forgery and not for dowry. Technically she was not a husband therefore it cannot be treated as marriage.”

Police are now currently searching for the 25-year-old’s family. They were present for the two wedding and reportedly visited the homes of the women.