Popularity of Sex Toys in India

Sex toys: a stark reality of the land of Kamasutra, India. Though considered anti-cultural and obscene, DESIblitz brings you the ins and outs of the sex toy industry of India and how despite their commercial ban, sex toys are very much prevalent in Indian society.

Young India sees sex toys as nothing more than a way to amplify the sensual aura in the bedroom.

Once never heard of, today sex toys and their popularity in India is on the increase.

Walking a couple of kilometres to buy a pack of condoms because the neighbourhood medic might ‘leak a secret’ of you consummating your love tonight, is no longer the bigger secret.

This is the picture of supposedly coy India, the country that laid down the foundation of the importance of sex for a healthy and holistic life centuries back, is changing.

Humans are hardwired to live, choose, reject and charm their way through life. This propensity is what holds the very fabric of the society together. What goes behind the closed doors of a couple is no different. 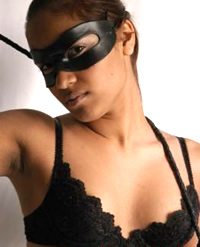 Intimacy between two humans is something that is hard to put into words yet society norms try to straitjacket the whole scenario. The repercussion – a snowball effect which make people mortified when oppressive norms related to how to live one’s life especially one’s sex life get the better of the person.

Sex toys or pleasure devices which are targeted to rekindle the lost spark and spruce up the ‘between the sheets’ action, have progressively made their presence in India, and their acceptance is growing.

Indian society though conservative in nature has accepted the fact, at least in bits and pieces, that people like to make choices they deem fit for them rather can following a diktat by a certain stratum of society. 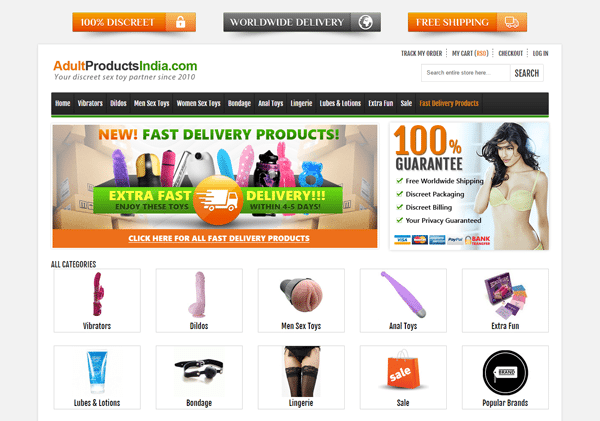 Adult toy sites in India like AdultProductsIndia.com, now offer a plethora of assorted products that cater for the needs of couples in India. Others include 24funtoys and Thatspersonal.com.

One can purchase a number of pleasure toys from these fully functional websites. The fact that these websites are able to do business in this niche, which is otherwise labelled ‘taboo’, evinces the behavioural change amongst Indian people especially the younger generation.

Young Indians are more conducive to change. They love to embrace chaos, they chalk out their own destination and they walk on it until the sun goes down. The choices this generation make defines them via-a-via the traditional scenarios. Young India sees sex toys as nothing more than a way to amplify the sensual aura in the bedroom rather than a blasphemy against Indian morals.

One pleasure toy user, Mr. Akash says: “My knees almost gave out at the thought of discussing pleasure products with my girlfriend. I mustered all the courage and was able to bring up the topic one night.

“To my surprise, rather than chiding me, she was OK with this experimental fun and since then we have had ‘the other one’ between us now and then, if you know what I mean.”

It takes no genius to figure out the reason of her getting on-board with an adult e-shop; be a part of the rising tide or fall behind and drown. That is what in.imbesharam did. Sunny Leone as a brand ambassador and with one of a kind lifestyle adult store in place equals multi-fold increase in the sales figures!

But is India really ready to make a palpable shift when it comes to the use of adult toys and phallic devices? Has India crossed the threshold and accepted the ‘bold fun’ like the rest of the world did a long time ago? Can an Indian website ever be as popular as Ann Summers or Lovehoney.co.uk, all prominent places to shop for British Asians to add a zing to their sex lives?

Well let’s look at the facts:

These are not just statistics. This might very well be a signal that Indian people have come a long way when it comes to the use of adult toys. But the society as a whole still falls behind.

Selling sex toys is a punishable offence, entailing a maximum punishment of two years for the first conviction, and five years in case of repeat offenders. Even buyers of such products can be prosecuted.

The majority of Indians still think the use of adult toys is immoral and should be left out of the discussion.

It seems that it is a long way to see a paradigm shift in the attitude of Indian society as a whole when it comes to sex toys and other pleasure products.

But what is evident is that the younger generation, unlike their older counterparts, will tread on the path of a whole new concept of sexuality and sex toys. This in turn will undoubtedly lead to an unprecedented rise in the Indian sex toy industry, which will definitely encourage their use on a much wider basis.

Dreamer by day and a writer by night, Ankit is a foodie, music lover and an MMA junkie. His motto to strive towards success is “Life is too short to wallow in sadness, so love a lot, laugh loudly and eat greedily.”
British Asian Women and Equality
Domestic Violence towards Asian Men