Can British Asian women truly see themselves as strong and independent women on equal par to men? Or do they still face the cultural baggage of expectation and conformity of elder generations? DESIblitz explores.

"I've seen girls not allowed to go to college and even pulled out from school."

The role of women has evolved greatly over the last few decades. In the West, gender equality has flourished with many women given opportunities to excel in all areas of education, work and society.

In South Asia, however, ideologies begin to differ. It is no secret that some women there still face issues of oppression, abuse and gender discrimination on a daily basis. The majority of this takes place in rural areas where patriarchy is the dominant lifeline of the community. 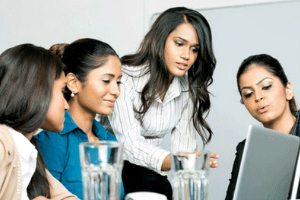 In comparison, the bigger and more cosmo cities are open to a wider sense of freedom and women can be educated and have full-fledged careers without the burden of family duty.

But even despite these advancements, if recent events of rape in the bigger cities of India, and in turn, government response to them are anything to go by, then attitudes towards women have not really changed at all.

But why is this? India, for instance, is a booming economical nation. Opportunities for people, new technology and innovative commerce has changed the social landscape considerably. Many believe that India is becoming more like the West every day, but attitudes and opinions of gender roles still remain as stagnant as they did fifty years ago.

Such attitudes are embedded within the cultural psyche. Traditional values and belief derived from a mixture of culture and faith have always enforced the role and representation of women; to become a loving and submissive wife, and a doting mother – to be essentially neither seen or heard – this is the ideal that all women are suppose to succumb to. 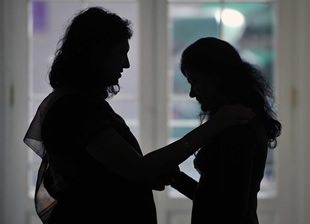 As years pass, these roles have remained engrained within the mind-set of the community and have become a normal way of thinking for many men and women across South Asia.

It is no coincidence that many women in these areas openly agree with the roles handed to them and enforce them onto their own daughters, believing they are justified.

But what about outside of South Asia? Does this psyche still exist in British Asian Britain?

South Asian women arriving to Britain in the 60’s and 70’s, brought the traditions and cultural values with them from South Asia. They played their roles of the loyal wife even at the hands of abuse and domestic violence, and integrated as little as possible with Western society. 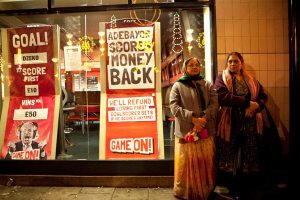 Such attitudes continued on to first generation British Asian girls, who were taught the only thing their mothers knew – to be submissive and not have a voice. Especially, when they got married not to disappoint their own parents was a priority.

Today, born and brought up in the UK, many Asian women are given the freedom to do what they want. They can go to university, have successful careers, marry out of choice and live relatively unsuppressed lives.

One 26-year-old British Asian woman, Zara, told us what being a woman meant to her: “It means being diverse and open to new things. It gives me the confidence to excel.”

Roles in many cases have been reversed as a result of Western influence; women can be the money makers, be independent, run their own lives and be the dominant figure in the family. But while many British Asian women enjoy the comfort of living and growing up in an area of apparent social equality, there are many families across the UK that still breed old habitual beliefs. 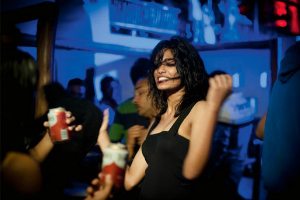 Many Asian girls born in Britain are still kept at home, they are treated differently to their brothers, independence is not encouraged, they are married young and are expected to fulfil their destinies as submissive housewives.

So are British Asian women still oppressed? “Yes many. But that can depend on education, background and family I think,” says Zara.

Jasbir, a British Asian male admits: “In rare cases oppression it is still there. I’ve seen girls not allowed to go to college and even pulled out from school.”

Haider, another British Asian male adds: “Yes, and that is down to a couple of reasons. In some tight-knit communities where a lot of Pakistani and Indians live, women are still treated differently.

“While education is key for boys, women are given the freedom to excel, but this is not for a career after they graduate, girls need to be educated to get married.

“Culture is also a big part of the problem. Women are suppressed to men. Parents don’t allow girls to go out. There is one rule for sons and another rule for daughters. There is a continual fear for girls, of what the community or ‘other’ people might think. With boys, it’s a case of ‘no questions asked’.”

In many cases women are expected to follow the status quo of those before them, not to speak out, be rebellious or have radical opinions, otherwise they face keen criticism not only from family but the wider community.

“What is interesting is that there is a generational gap between first and second generation. Second and third generation parents for instance are less likely to suppress their daughters,” adds Haider.

Of course a lot of British Asian girls date, go out and have active sexual lives – but how many can admit this openly to their family? To some extent things have changed, but cultural baggage is still an inherent issue, many British Asian women in strict communities still do not have an open voice to live how they choose.

The role of women as held by older generations is vastly different to newer generations. Even today, second and third generation women feel the heat of conformity, and are taught that submissiveness and obedience are the only signs of decency and respectability. But can such attitudes remain if British Asian women are to truly to find a sense of equality in life?

Aisha an English literature graduate, is a keen editorial writer. She adores reading, theatre, and anything arts related. She is a creative soul and is always reinventing herself. Her motto is: “Life is too short, so eat dessert first!”
The Problem of Marrying First Cousins
Popularity of Sex Toys in India