Faryal Makhdoom has sparked an online debate on equality with sweets for her son. She gave birth to her third child in February 2020.

"So many people only do it for a boy"

Following the birth of her third child, Faryal Makhdoom is sending sweets in celebration.

However, it has resulted in an equality debate. Some social media users have debated on whether giving sweets for sons and daughters should be the same.

Faryal and her husband, boxer Amir Khan, welcomed their third child and first son on February 22, 2020.

The couple were ecstatic to have their son who they named Muhammad Zaviyar Khan. They were also very excited to see the new baby brother joining sisters four-year-old Lamaisah and 21-month-old Alayna Khan. 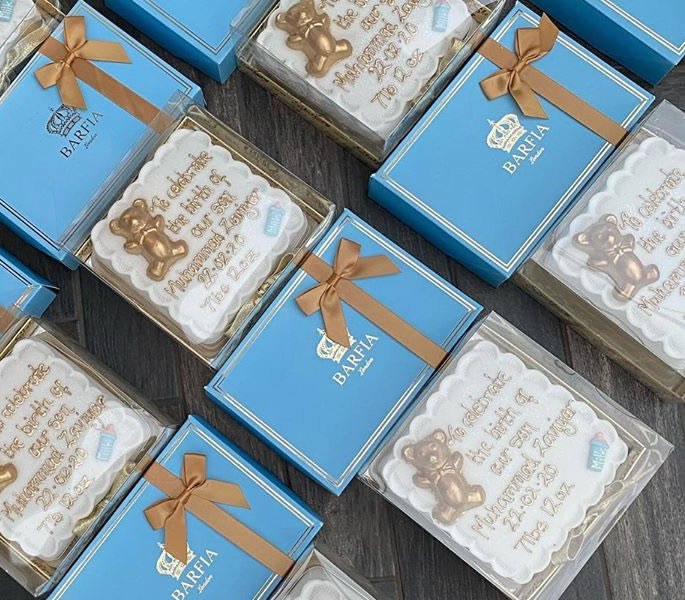 While some fans sent messages of congratulations, others got involved in a debate.

One person wrote: “Just out of curiosity did you send anything out when you had the girls?”

This resulted in a debate on equality. People questioned whether sweets should be given if a girl was born.

Faryal responded to the user, saying: “Of course I did.”

Fans praised Faryal Makhdoom for her stance on equality and also called on more people to do the same.

The user said: “That’s amazing. So many people only do it for a boy so I’m so glad you did it for both.

“I’m not judging, I’m asking because if famous people do it then the rest of the world will start to notice that girls are just as important as boys.”

The person went on to talk about the negativity he received for doing it with his daughter.

“Amazing, I did it for my daughter but got a lot of grief for wanting to do it.”

“The more of us that do it the better it will be in the future, and the more famous people that do it like Faryal did will help change that mentality xx.”

In the past and something which is still the case for those who follow the ‘typical Asian mentality’, sweets were not given out when a girl was born.

This was because they were seen as a ‘burden’ on the household and would need to be married off, whereas, boys retain the family name and remain part of the family. 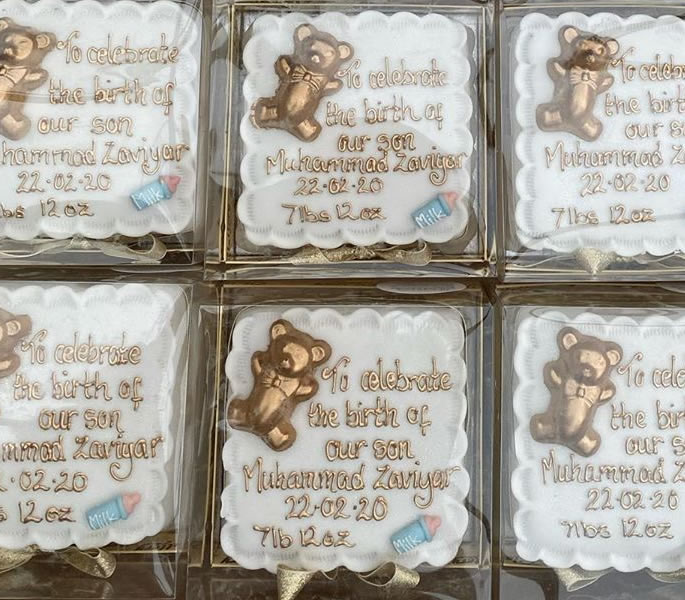 Faryal Makhdoom’s choice to send sweets for both her son and her daughters was well-received but some people took the opportunity to show that they were not impressed.

On the sweet company Barfia, one person wrote: “I don’t like their stuff. Prefer a traditional barfi myself.”

Another person commented on the choice of name:

“What a strange name for a child. Why does everything have to be so over the top?”

Others trolled her by asking if she would be sending sweets to her in-laws, who she has publicly feuded with.

No matter the type of responses she has received, Faryal Makhdoom and Amir Khan are happy to have welcomed their new arrival.

Dhiren is a journalism graduate with a passion for gaming, watching films and sports. He also enjoys cooking from time to time. His motto is to “Live life one day at a time.”
Father of Three exposed Himself to Women from His Car
Indian Bride gives birth 28 Days after Wedding but Son Missing