Boxer Amir Khan and wife Faryal Makhdoom have welcomed the birth of their third child, a baby boy, who has been named Muhammad Zaviyar Khan.

After breaking the news that wife Faryal Makhdoom was pregnant with her third child, Amir Khan has proudly confirmed the arrival of their new addition to the family, a baby boy, who they have named Muhammad Zaviyar Khan.

The couple is ecstatic to have their first son born on February 22, 2020, and are very excited to see the new baby brother joining sisters four-year-old Lamaisah and 21-month-old Alayna Khan; the two daughters they both share.

After becoming a father of three, Amir Khan told his followers on social media sharing an Instagram post with him holding the delightful baby boy, captioned:

Leading up to the birth, Faryal shared a number of Instagram posts showing her baby bump growing. A week prior to the birth, she shared a photo of her wearing a pink onesie and wrote:

‘Hey guys! This will probably be my last baby bump picture before I give birth.

‘I’m so nervous and excited at the same time…I can’t wait to meet my prince #9months #readytopop’. 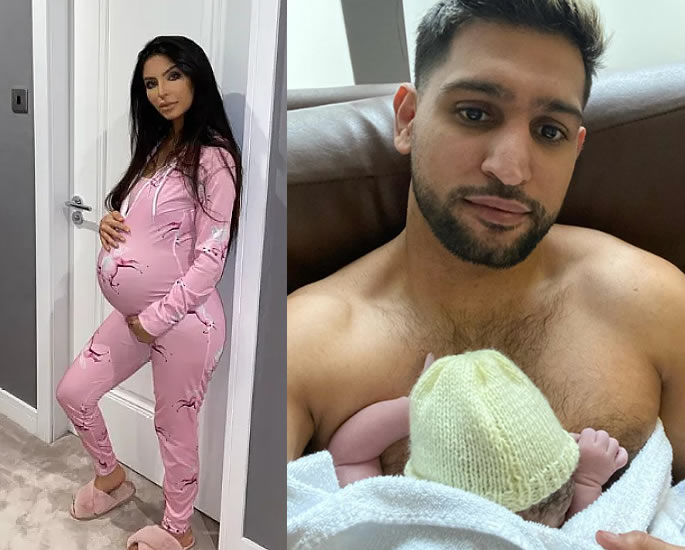 The couple did confirm in the past on social media that they were having a baby back in August 2019.

They revealed the gender of the baby in a gender reveal video on Faryal’s Instagram account, where we saw Amir and Faryal together popping a big helium balloon. 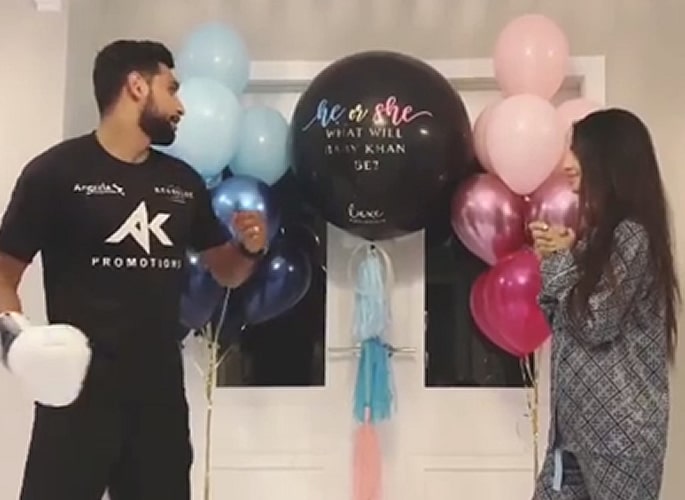 ‘We’re having our third child, and we’re so excited and nervous at the same time. He or she, what will baby Khan be?’

We see Amir wearing a boxing glove then say in the video:

“I’m going to punch the balloon to see what the gender is.”

He then popped the balloon with a punch which then showered them with blue confetti. Amir reacted saying:

In October 2019, while being pregnant, Faryal pranked her husband by telling him she had accidentally transferred £2 million out of their bank account, instead of £20 as he had asked her to do.

Initially, Amir was extremely angry but the anger quickly turned to embarrassment when he found out he had been pranked.

Hidden cameras were set-up by Faryal in their kitchen to document the prank on her YouTube channel.

In December 2019, Amir celebrated his 33rd birthday with the family and now, February 2020 has added a lovely addition to the family.

We wish the couple all the best with their new bundle of joy!