Amir Khan and Faryal Makhdoom to appear in BBC Doc

Amir Khan and his wife Faryal Makhdoom will be starring in an exclusive BBC Three documentary which will closely follow their lives.

The couple has remained under the glare of the media.

Boxer Amir Khan and his wife Faryal Makhdoom are set to feature in a new BBC Three documentary, Meet The Khans: Big In Bolton.

The 33-year-old boxer and his 29-year-old wife will be allowing for an “access all areas” look into their interesting lives.

The documentary will follow the power couple as they go through life, juggle parenthood with work commitments and allows an intimate look into their relationship.

It was certainly a lavish affair which caught the eyes of fans and media alike.

Ever since then, the couple has remained under the glare of the media.

Their turbulent relationship has seen the couple face several problems. However, they have continued to overcome their issues.

Earlier this year, Amir reconciled with his parents after a bitter feud which saw him and his wife separate from his family.

Despite their differences, Amir and Faryal have buried the hatchet.

Previously, in 2018, Faryal and Amir candidly opened up about how they saved their marriage after Amir was accused of cheating on his wife.

The boxer also accused his wife of cheating on him with fellow boxer Anthony Joshua, something Faryal strongly denied.

In March 2020, Amir Khan admitted to having a second home which he stated has made his marriage stronger. He said:

“It’s made it stronger. You think about each other.”

Faryal added: “When you don’t have kids, you think young and act young. But with kids, you do grow up and I think it does make you stronger.” 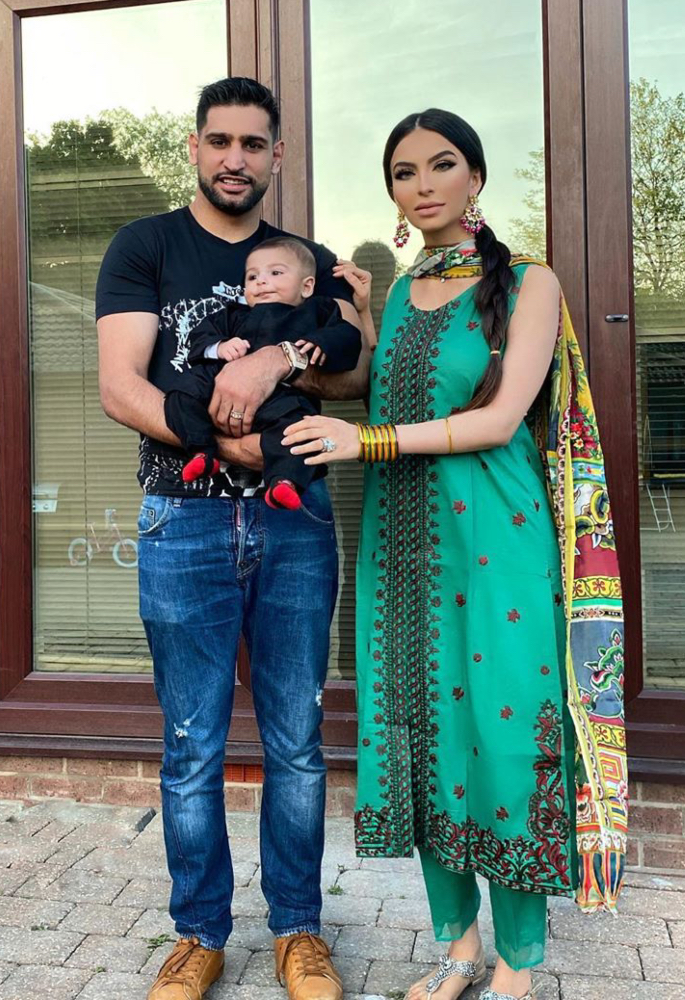 The couple is also proud parents to three children, Lamaisah, 6, Alayna, 2 and Muhammad Zaviyar who was born in early 2020.

It is expected the children will be an active part of the documentary, Meet The Khans: Big In Bolton.

The news of the new documentary show was revealed earlier this week at a session for Edinburgh TV Festival by BBC Three controller Fiona Campbell.

Taking to his Instagram stories, the boxing World Champion, Amir Khan shared a glimpse of his array of cars.

In the short video, he can be heard saying, “Another day filming.”

It can be presumed that the “filming” he was referring to was the shooting for the upcoming documentary.

“These new commissions represent a good cross-section of where we’re going to next alongside our big returners, like The Rap Game and RuPaul’s Drag Race.

“The Joey Essex film and Meet the Khans features figures that have had to struggle for success and are aspirational stories, whereas Dance Crush is entertaining escapist content and Planet Sex is centred on themes and questions that are so important to our audience.

“There is huge creative potential at BBC Three and there’s more to come from us in the coming months.”

Ayesha is an English graduate with an aesthetic eye. Her fascination lies in sports, fashion and beauty. Also, she does not shy away from controversial subjects. Her motto is: “no two days are the same, that is what makes life worth living.”
Indian Man kills himself over Harassment by Daughter-in-law
Jealous Man jailed for Violent Attack on Ex-Wife & her Friend