Model and wife of boxer Amir Khan, Faryal Makhdoom has been flaunting her heavily pregnant baby bump with stunning ensembles.

“It’s getting a little bumpy.”

Faryal Makhdoom is gearing up to welcome her third child with boxer Amir Khan in the upcoming weeks and is ensuring her baby bump is taking centre stage.

The couple tied the knot almost six years ago in May 2013 and are proud parents to two daughters Lamaisah Khan, 5, and Alayna Khan, 1.

In August 2019, Faryal and Amir announced the sex of their third child on Instagram with a gender reveal.

This popular trend sees the father of the child finding out the sex of his child for the first time.

Since then, fashion-savvy Faryal Makhdoom has been delighting her fans with various ensembles she rocked while heavily pregnant. 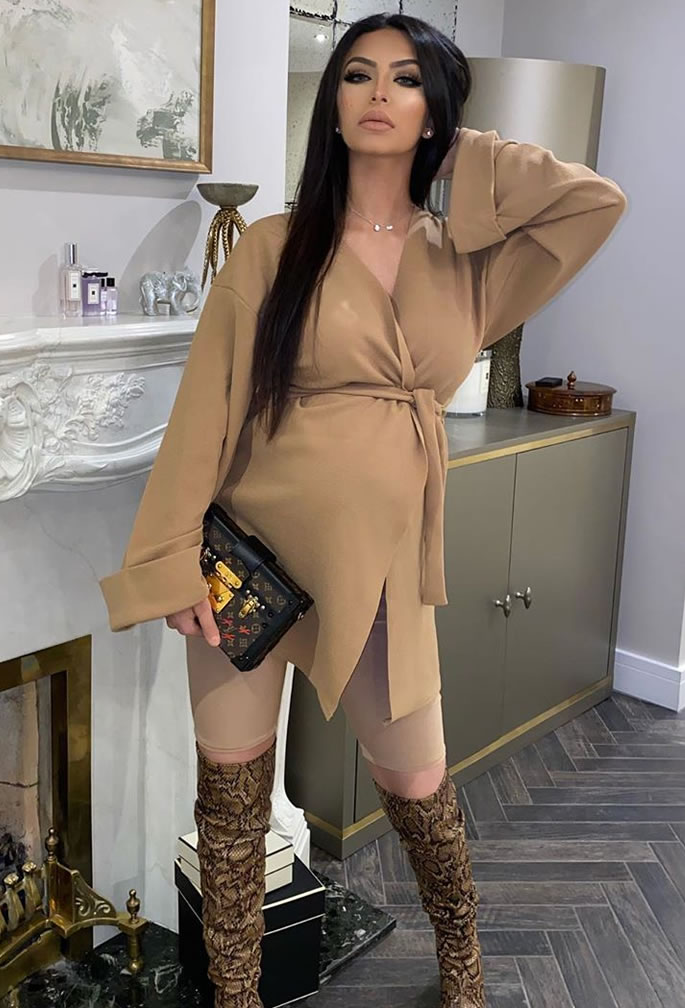 The 28-year-old social media sensation looked stunning as she modelled for PrettyLittleThing on Wednesday, January 22, 2020.

Faryal struck a pose for the camera in a beige wrap dress highlighting her baby bump.

The dropped shoulders and wide sleeves added a relaxed fit to the dress, which is perfect for the expecting mother.

She styled the asymmetric midi dress with a pair of cycling shorts and snakeskin print, thigh-high pointed boots.

Faryal accessorised the look with a Louis Vuitton clutch bag and pearl jewellery. For her hair, the brunette beauty opted for sleek straight tresses.

The yummy mummy continued to ace the chic looks as she donned a fluffy longline jacket.

Faryal teamed the jacket with beige ribbed leggings and chunky hiking boots, keeping her wrapped up against the chilly weather. 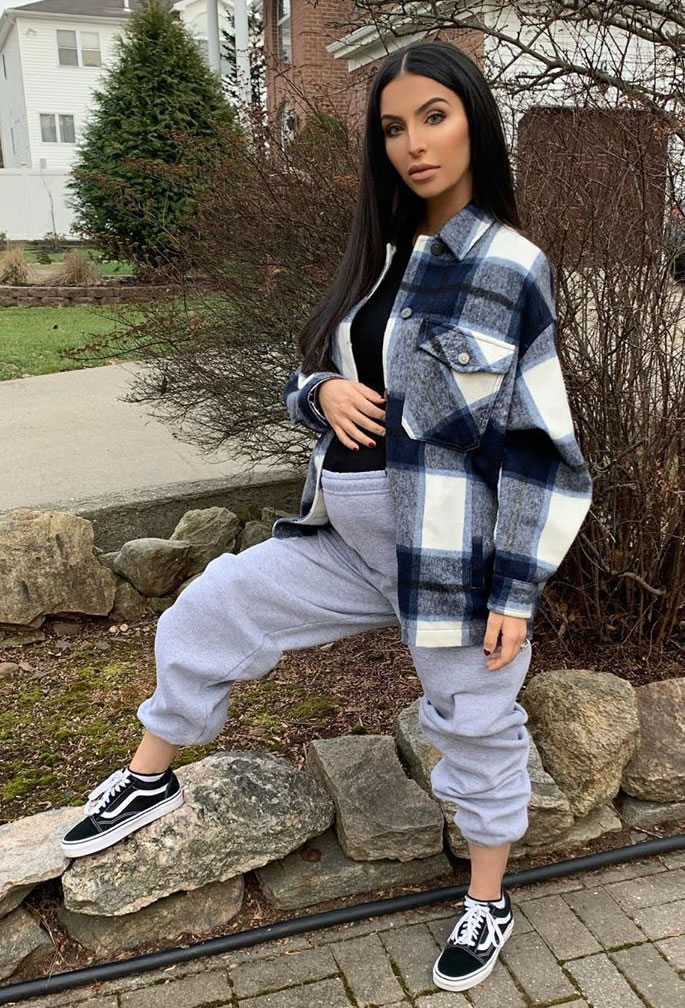 In another chic look, Faryal Makhdoom was giving off sporty spice vibes as she cradles her adorable baby bump.

Faryal visited her hometown, New York where she wore grey joggers, teamed with a black top and oversized chequered shirt.

She paired the look with black and white van trainers and let straight long hair cascade over her shoulder. 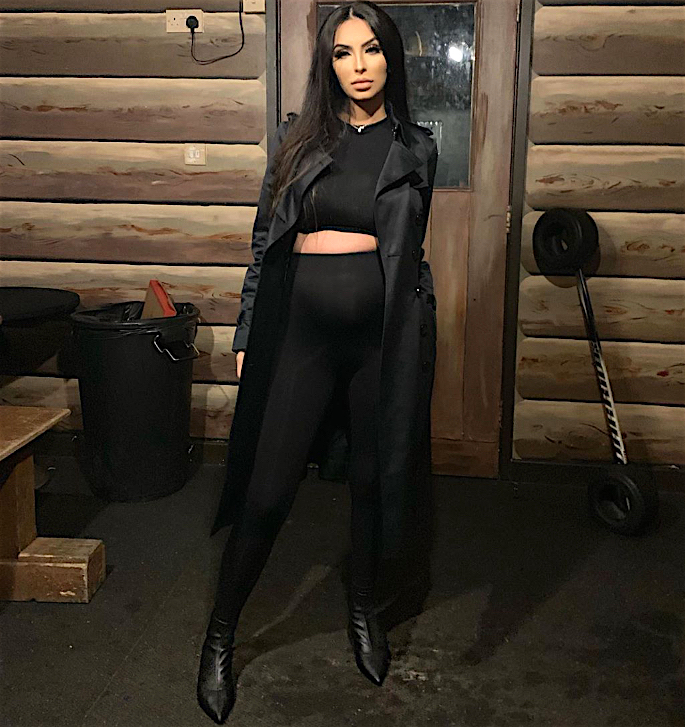 Faryal Makhdoom never fails to impress with her amazing fashion choices. She looked stunning in an all-black ensemble.

Faryal shared this beautiful picture on Instagram with the caption: “It’s getting a little bumpy.”

The model wore a pair of black leggings with a match crop top bearing her midriff, which attracted attention to her cute baby bump.

Faryal continued with the black theme as she teamed the look with a longline trench coat and leather pointed heels.

Faryal Makhdoom has certainly continued to live up to being a fashion queen while flaunting her blossoming baby bump.

DESIblitz wishes Faryal the best with the rest of her pregnancy.