The 35-year-old actress – known as ‘Bebo’ – expects her first child with Saif Ali Khan and announced her pregnancy happiness after walking the ramp.

At the show conference, she told reporters:

“Everyone made this edition so special for me. For me, its quite an emotional moment as this was the first time we (she and her future child) took the ramp together. It was a moment to cherish.”

Following the royal heritage of her in-laws, our Bebo can be seen in an immaculate designer lehenga. 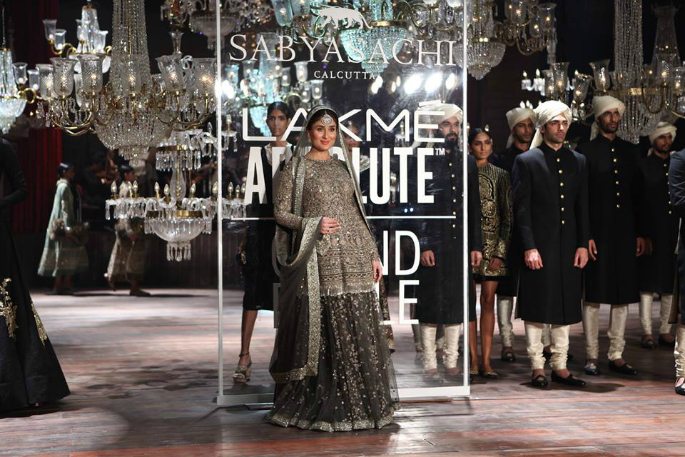 The Sabyasachi Mukherjee piece saw heavy embellishment throughout, and intricate detailing on the kurti that hangs over her pregnancy bump.

Taking inspiration from Mughal splendour and patterns, the lehenga was off-set with golden thread-work and starry sequins.

Posing on the ramp, Kareena’s face seems to be gleaming with joy:

“I have never walked for Sabyasachi before, we were not able to do a film together. But this moment is very special. It’s going to be in the history. I would like to say Sabyasachi is not a designer he is an artist. He creates painting. I am really honoured to wear this artist,” Kareena later said.

Initially, one imagines that the bump would’ve been a hurdle for the actress to walk the ramp. However, Kareena denied being apprehensive:

“I was happy and confident. Pregnant woman can walk and fly and for me it’s absolutely normal.

“When it comes to my work, acting is my passion and I will work till I die. As long as I am doing what I love, I am going to do that.”

Saifeena’s baby (which is due in December 2016) is keenly awaited by friends, family and fans! 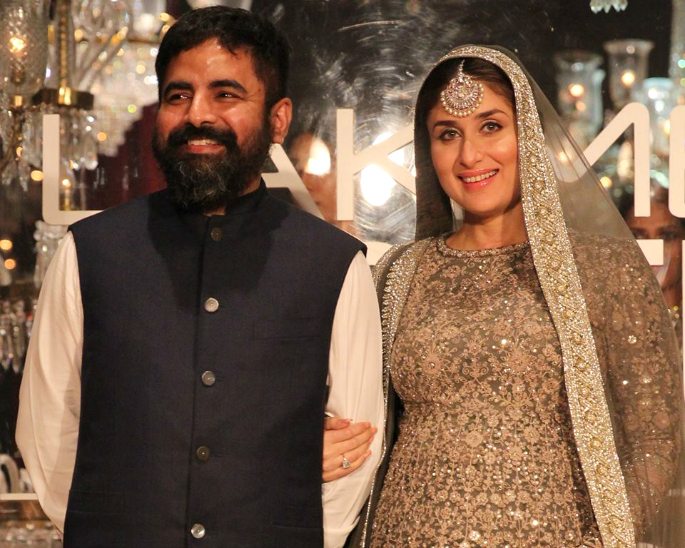