Bollywood actress Kareena Kapoor Khan has been flaunting her adorable baby bump in the seventh month of her second pregnancy.

She and husband Saif Ali Khan are expecting their second child together. The star couple announced the pregnancy in August 2020.

In a statement, they wrote:

“We are very pleased to announce that we are expecting an addition to our family!!

“Thank you to all our well-wishers for all their love and support.”

Kareena has reached her seventh month of pregnancy and has taken to Instagram to proudly show off her adorable baby bump.

Sharing a selfie of herself cradling her baby bump, Kareena captioned the picture:

“Two of us on the sets of @pumaindia”

Pictures of the mother-to-be have been going viral on social media, with fans cooing over Kareena’s pregnancy glow. 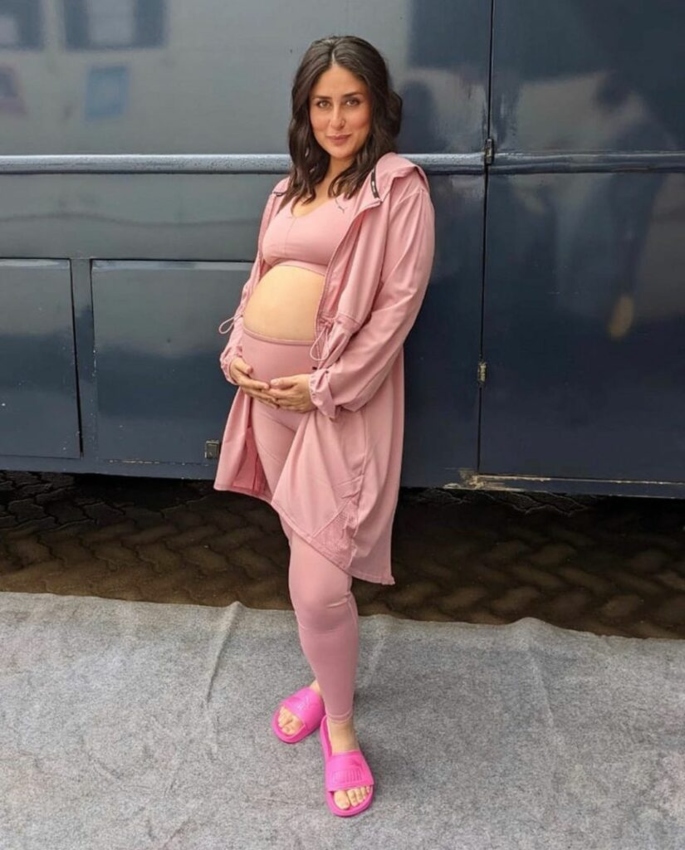 Saif and Kareena’s first son, Taimur Ali Khan was born in 2016 and has since been a budding paparazzi favourite.

Even today, every time Taimur steps out he is hounded by Indian paparazzi, often he is more than happy to pose for photos.

However, on December 16, 2020, when he stepped out with mother Kareena he told the paps to not click pictures.

As soon as he stepped out of the car with Kareena, the paparazzi were screaming their names asking them to pose for a pic.

Taimur, who did not seem to be in a mood to get clicked, pointed at the paparazzi and yelled: “No photos”.

While Kareena waved at the paparazzi, the little one just kept looking towards the photographers.

Watch the video of the adorable interaction here:

On the work front, actress Kareena Kapoor Khan is currently busy shooting for the third season of her celebrity talk show What Women Want.

The actress has had many guests on her talk show including Bollywood actress Ananya Pandey, Sunny Leone and Anil Kapoor.

Reportedly, the next guest on Kareena’s show is going to be Indian YouTube sensation Ajey Nagar, popularly known as CarryMinati.

The controversial Indian YouTuber has recently topped India’s list of content creators in 2020 with a whopping 27.5 million subscribers.

Kareena launched her show in order to help spearhead feminism in the Indian film industry.

Her show What Women Want speaks on just that, what woman in the film and entertainment industry in India want from their careers, country and society.

In an interview, the actress shared her thoughts on shooting the talk show while pregnant:

“I am doing what I want to do. When has anyone ever said that pregnant women can’t work?

“After delivery, too, once you feel fit enough, one should do what they feel like doing.

“Try to balance it out between giving time to the child as well as your work and yourself.

“I have always been very proud of being a working mother.”

Akanksha is a media graduate, currently pursuing a postgraduate in Journalism. Her passions include current affairs and trends, TV and films, as well as travelling. Her life motto is 'Better an oops than a what if'.
Sunny Leone reaches 42m Instagram Followers
Indian YouTuber CarryMinati to make Bollywood Debut