Sonam Kapoor evoked traditional vibes for a photoshoot, wearing a cream saree. She also showed off her baby bump.

Sonam Kapoor looked radiant as she shared pictures of her baby bump.

She had attended designer Abu Jani’s birthday celebration and gave off traditional vibes in a white satin saree from Abu and Sandeep Khosla.

Sonam paired the saree with statement jewellery from her mother Sunita Kapoor. This included large earrings, bangles and a standout necklace.

She also wore matching juttis and a strapless blouse.

Her eyes stood out with dark makeup, contrasting with her nude lips.

Sonam looked stunning but all eyes were on her baby bump. 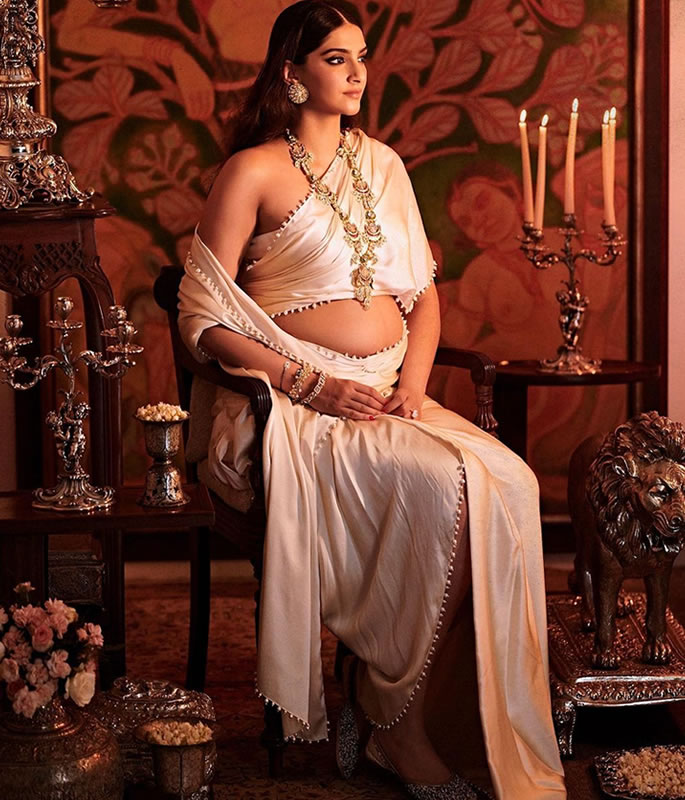 Revealing that she was styled by Abhilasha Devnani and her sister Rhea Kapoor, Sonam captioned her post:

After sharing the pictures, many showered love on the mother-to-be.

Rhea compared her sister to a Greek goddess, writing: 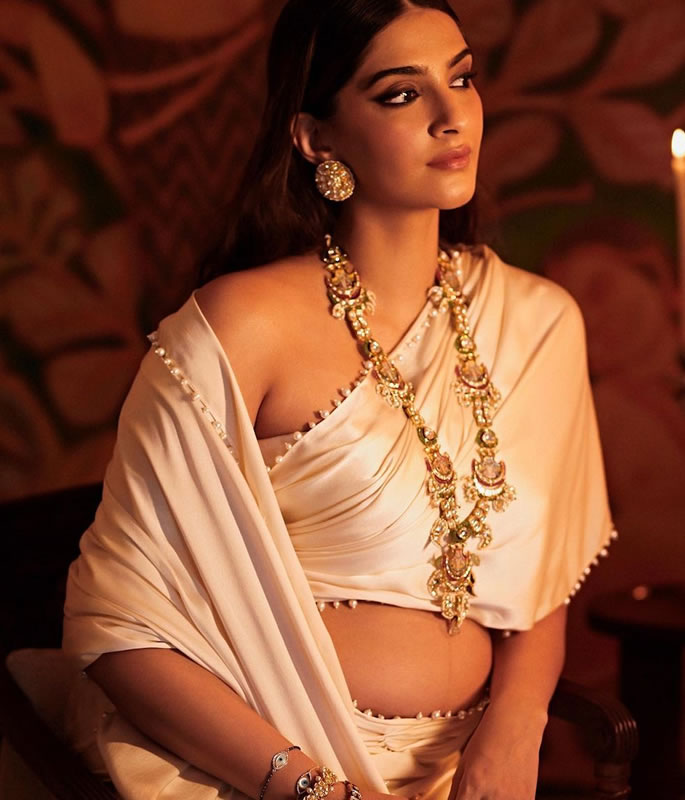 In March 2022, Sonam Kapoor had announced that she was expecting her first child.

Sonam captioned the post: “Four hands. To raise you the very best we can.

“Two hearts. That will beat in unison with yours, every step of the way.” 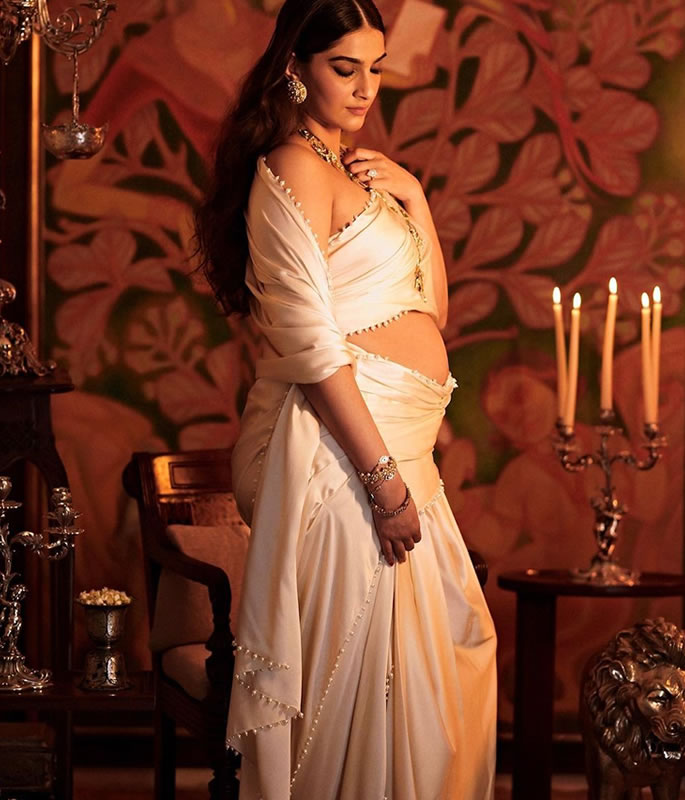 A source said that the baby is reportedly due in August 2022.

Sonam Kapoor previously said that the first few months of pregnancy were difficult.

But she explained that she is ready to take up the challenges that come with motherhood.

She said: “The reason we’re all here is to change and become better versions of ourselves.

“So that evolution is something I look forward to.”

Dhiren is a journalism graduate with a passion for gaming, watching films and sports. He also enjoys cooking from time to time. His motto is to “Live life one day at a time.”
Poonam Pandey promises to go Topless on Lock Upp
Harpreet Kaur confirms Sister will remain as Business Partner