In an exclusive gupshup, the promising, young, athlete Harleen Kaur talks to DESIblitz about her incredible journey, and her aims to inspire a generation.

"Having the opportunity to make a difference whilst I was out there made me feel very lucky."

18-year-old Harleen Kaur is the rising taekwondo star who is striding towards martial arts greatness and sporting history.

The teenager, from Leeds, UK, is the first Brit-Asian female to represent England in the sport and is already a national champion and world silver medallist.

In an exclusive gupshup, DESIblitz speaks to the 2017 BEDSA ‘Young Sportsperson of the Year’ nominee.

Harleen Kaur describes her amazing journey so far and explains how she’s trying to inspire the next generation of athletes.

From Child to Champion 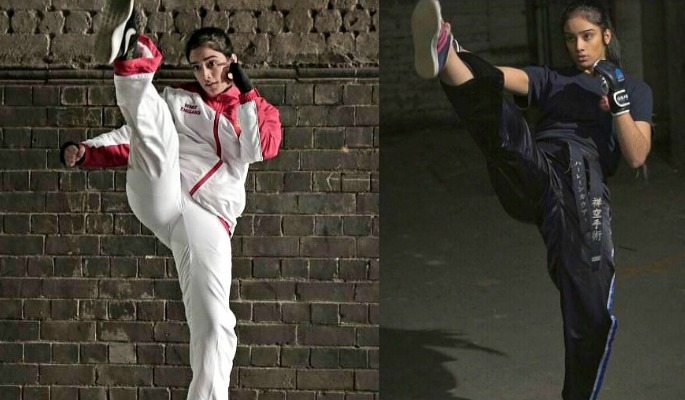 Harleen’s training began over ten years ago when a friend asked her to go with her to karate lessons.

Speaking exclusively to DESIblitz, the taekwondo starlet says: “Going with her is a decision I do not regret!”

Although her friend dropped out of the lessons a couple of years later, Harleen continued. She says: “I carried on with it but it wasn’t the same without her. This is when my parents started pushing and encouraging me more to go.”

In 2013, Harleen Kaur started points fighting, a traditional, fast-paced, form of sparring which is similar to kickboxing.

This training in competition style combat was to prepare her for what was to come in the coming years. 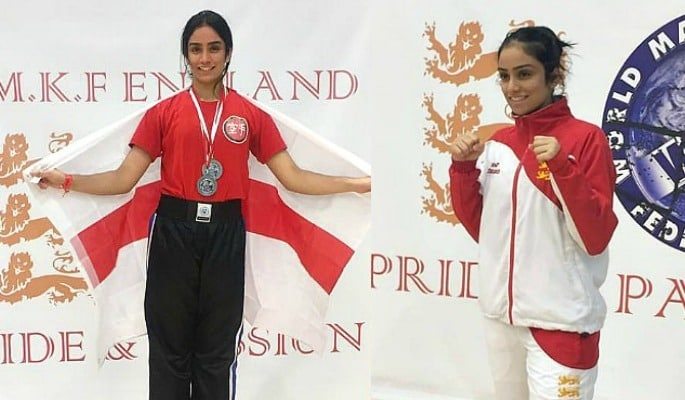 Following her sensational performance, Team England selected Harleen to represent the nation at the WMKF World Championships later that year. And, in doing so, Kaur became the first British Asian female to represent England.

So now, after a decade of intense training, Harleen Kaur is a 2nd Dan black belt in karate, a British champion, and a world silver medallist. But where can she go from here?

Speaking to Sky Sports in January 2017, Harleen said: “The German Open [is] my first major [senior] international taekwondo competition, but the dream is to compete at an Olympics. That’s what I aspire to do, ultimately, and I’ve got my eyes on 2024. I know what I want and I’m in this for the long-haul.”

With her ambition to win an Olympic taekwondo medal, Harleen will be looking to follow the example of recent British medallists, Jade Jones and Bianca Walkden.

Unfortunately, Harleen Kaur was unable to bring home a medal from Germany. But she will have another chance in May 2017, where she will be competing in the Yorkshire Open.

In recognition of her efforts, Harleen was named the 2016 winner for the Asian Women of Achievement Awards in the sports category. 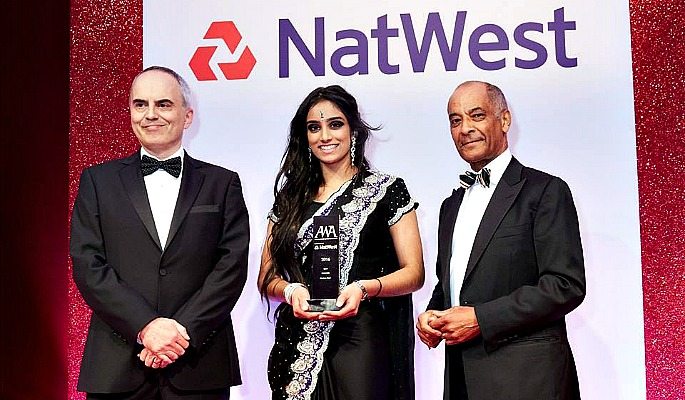 About her nomination for the prestigious award, Harleen says: “I feel very humbled and honoured to have been shortlisted as one of the finalists for the BEDSAs this year. It’s amazing to be up there with the country’s top athletes.”

The British Paralympic medallist, Alice Tai, beat off competition from Kaur and, cricketer, Haseeb Hameed to win the award.

Harleen’s martial arts career, though, continued to escalate as she won silver again at the 2016 Championships in Malta.

Harleen Kaur Working with the Community 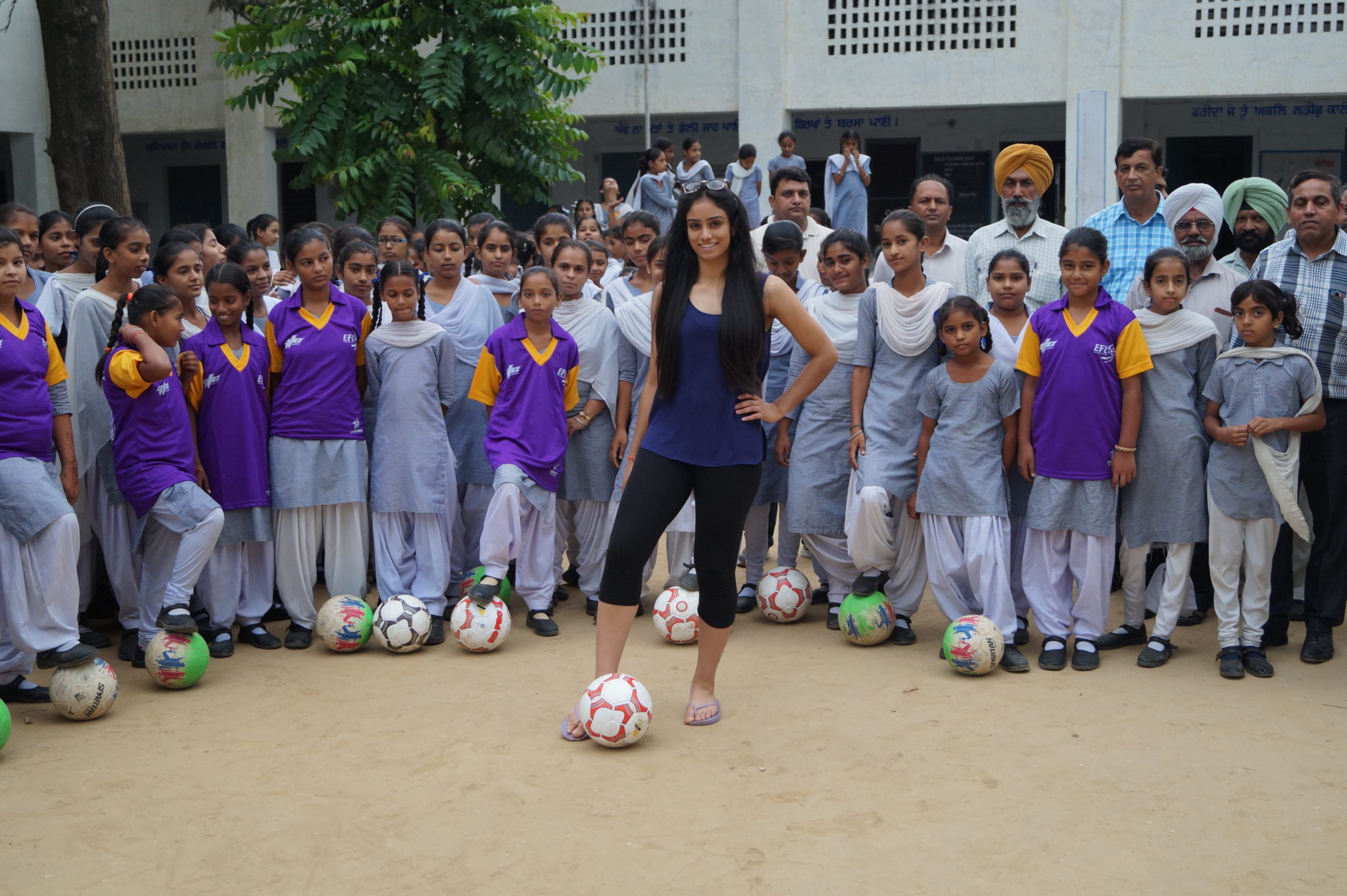 But between all of the awards and competitions, Harleen Kaur is doing some amazing work with young people in India.

During the summer of 2016, she spent three months volunteering with the YFC charity in Punjab, India.

About supporting the community, Harleen tells DESIblitz: “I really enjoy it and I think having the opportunity to make a difference whilst I was out there made me feel very lucky and special.”

The charity, based in the Rurka Kalan village, focuses on using sport to empower the youth and promote gender equality. About the matter, Harleen says:

“This means a lot to me as I’m a big believer in girl power. Gender equality in India is a big issue, and if I can help make an impact I will. I want children to pursue their ambitions without being challenged by social inequalities.”

As well as teaching the children and leading sports sessions, Harleen held self-defence and safety awareness camps for girls. 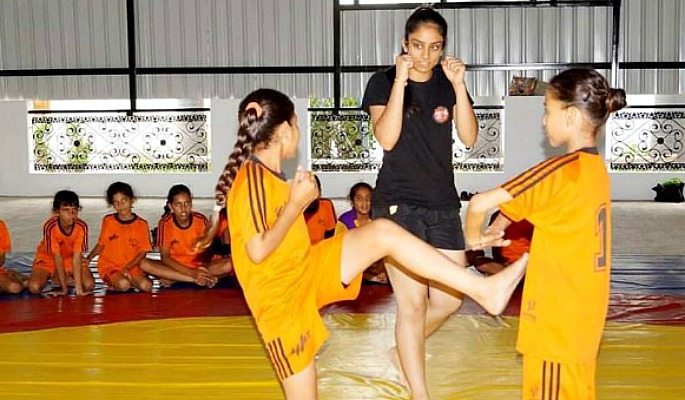 Talking to DESIblitz about teaching important life skills to young Indian girls, Harleen says: “It is one of my proudest achievements. I led this 3-day camp for 150 girls and women from nearby villages with pretty much no resources. I thought it would be difficult but the camp was successful and everyone enjoyed it, which is the main thing.”

Find Out More about Harleen Kaur

Harleen Kaur is one of the most inspirational, young, Brit-Asian athletes of 2017, and an exciting career is surely ahead.

She is now training with Horizon Taekwondo Academy in Bradford, UK, hoping to represent Team GB in the near future.

Your next chance to see her in taekwondo action will be at the Yorkshire Open in May 2017.

Or if you want to see a full list of winners for the 2017 BEDSA Awards, click here.

Images courtesy of Harleen Kaur, and the Facebook page of the Asian Sports Federation