According to India’s patent office, sex toys are “morally degrading”. But sales and habits of consumers tell a different story.

"These are considered to be morally degrading by the law."

India’s legal battle against sex toys and their consumerism does not seem to be wilting.

Standard Innovation Corporation applied for a patent for their “we vibe” product in April 2018. This was in the hope to prevent local copycats from using its U-shaped device.

The Indian patent office rejected the application and considered sex toys to be obscene objects and “has never engaged positively with the notion of sexual pleasure.”

In a statement, the patent office said: “These are toys that are not considered useful or positive.”

“These are considered to be morally degrading by the law.”

Sex toys in India are banned under Section 292 of the Indian Penal Code.

However, in contrast to this authoritative view by the patent office and the law, sex toys are actually becoming increasingly popular in India.

In the past, and many do blame colonial rule with Victorian attitudes, India was very coy about the subject of sex altogether.

But today, behavioural change in Indian society, especially in the younger generation, shows that attitudes sex and even sex toys are changing.

“Officials trained in technical science are not supposed to decide whether an invention is moral or immoral.”

An appeal actually is pending to strike down provisions of the law before the Supreme Court.

So, how are India’s attitudes changing towards sex toys and is there a place for them in Indian society and life? 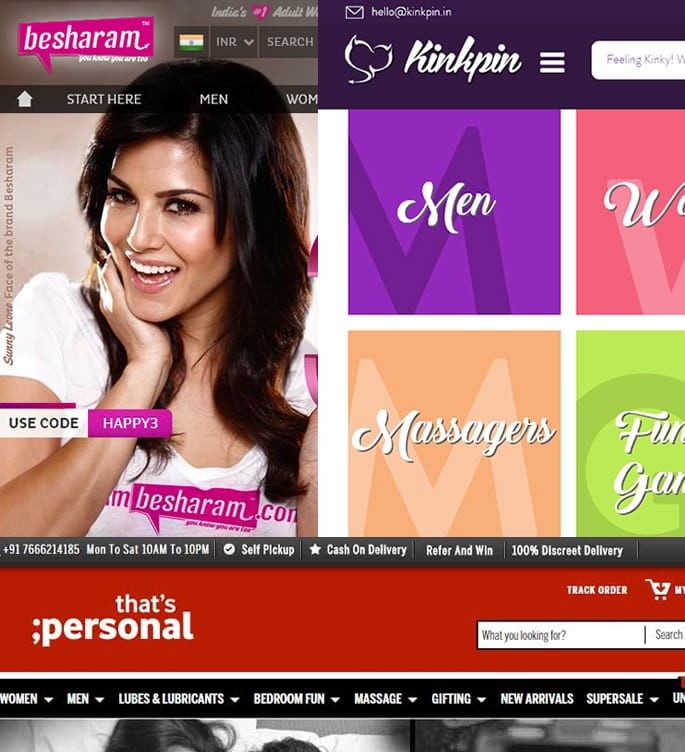 The selling of sex toys publically is prohibited in India, by the law. But sales figures show otherwise.

Sex toys are available for Indians to buy online or on the black market, for example, under-the-counter or in secluded rooms of backstreet shops.

Therefore, the massive increase in sales definitely indicates an increased acceptance of sex toys in India. By both Indian men and women.

A survey conducted by ThatsPersonal found that 62% of customers are male whereas 38% are women.

This huge sales increase has a positive effect on India’s economy, irrespective of India’s law.

Section 292 of the Indian Penal Code says the sale, distribution, public exhibition, and circulation of anything obscene, are prohibited by law. But it is the meaning of ‘obscene’ which opens up a grey area.

“Some products fall into the grey area and depend on circumstances—a massager is legal, but one that is shaped like a private part is considered to be illegal.”

Therefore, many of the online stores may not ‘openly’ sell sex toys as sex toys but for example, as massagers for the body in specific areas, whilst selling other items like lubricants, condoms and even sex dolls.

However, visiting Indian online stores such as IMbesharam (endorsed by Sunny Leone), ThatsPersonal, Lovetreats, Kinkpin, Masala Toys and Naughtyme, it is evident that due to the demand for sex toys, they are available, openly or not.

While Indian law discourages sexual pleasure despite it being in the land of the Kama Sutra, the increase in the sale of sex toys seems to be reuniting India with its pre-colonial past. 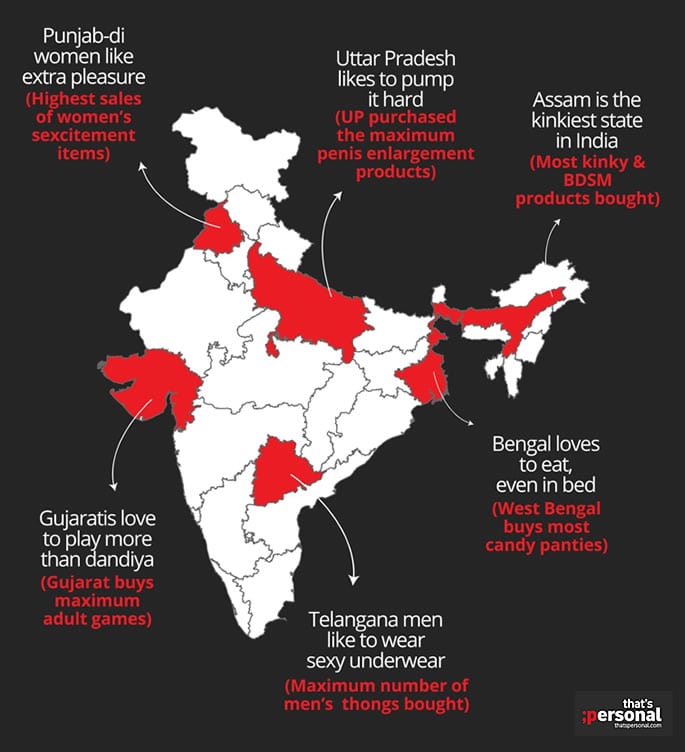 Interestingly, the buying habits of consumers of sex toys in India do vary.

Many of the Indian online outlets are pretty amazed at the types of orders they have taken.

“We’ve even had orders from areas unreachable by large courier companies (that) can only be serviced by India Post.”

It’s become evident from analysis of sex toy sales in India that the demographics of customers do vary.

Customers in certain states buy more sex toys than others in India.

In fact, there is also a difference in where women are buying more than men too.

According to the survey by ThatsPersonal, Punjabi women top the list among Indian women when it comes to buying sex toys.

In addition, their choices differ greatly compared to other states which indicate sex in Punjab is broader than other Indian states.

The popular age-groups of Indian men and women who are buying sexual wellbeing products including sex toys is between 24-35.

These buying habits are on the increase despite Indian law prohibiting the sale of sex toys legally. 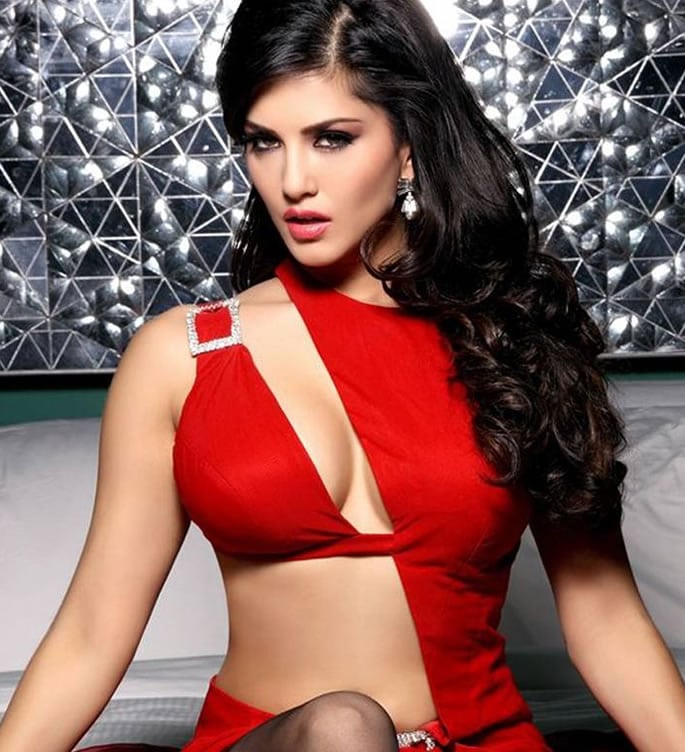 Only the UK and the USA rank higher.

Given that she is also the most searched name on Google out of India, we can now safely conclude who rules the Internet in India.

Video recording features on phones made it easier to record personal sex acts. 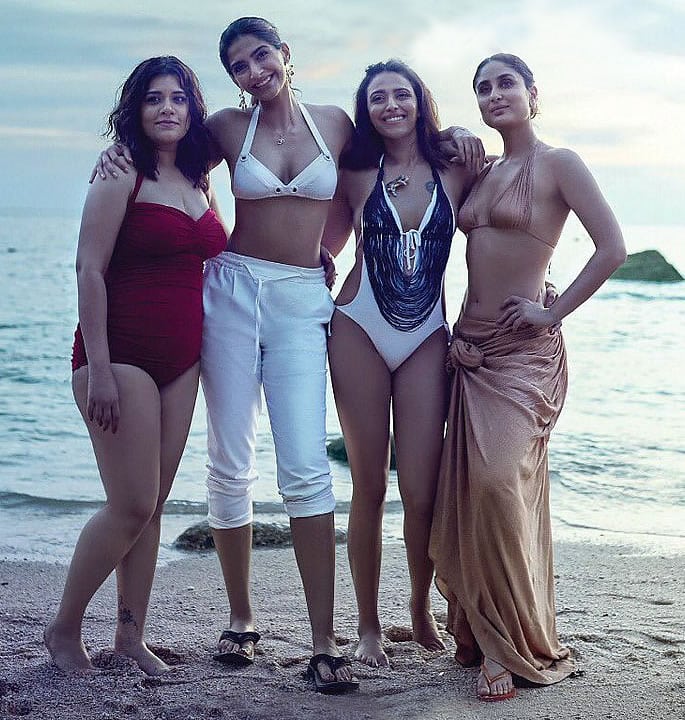 Bollywood is also embracing sex like never before. In the past, films would not even show two people kissing and you would scenes of flowers or bushes substituting a lip-lock.

Characters are now portraying and discussing sex in detail, which was unheard of decades ago.

According to International Business Times, sales of sex toys in India rose by 44% after both films release.

The films did not go without controversy, especially Veere Di Wedding as it was banned in Pakistan and Kuwait for its explicit language and sexuality.

Indian men and women even now have access to lots of B-Grade ‘blue’ films online. They may lack in quality compared to mainstream movies, however, nudity and sex scenes are more prominent.

These lower quality films provide an alternative to pornography for the Indian sexual content market.

This shows the changes in India’s changing attitudes towards sex.

Indian women especially are taking a much more proactive outlook towards wanting pleasure, especially in the cities and metros. Whereas, in rural areas views towards sex are still going to be patriarchal and conservative.

The modern women in India are now moving towards satisfying their own sexual need and not just those of a man’s, and sex toys are playing a role.

So, even though India’s laws are against it, they cannot deny the rise in the demand for sex toys.

Only time will tell if India continues with repressive and strict laws or will they move forward with the new generations of Indians who see sex toys as a personal choice for enhancing their sexual gratification.

Images courtesy of Zee TV, Something Haute, Ads of the World and Cocktail Zindagi

Top Makeup Artists for a Traditional Bridal Look
What Do British Asian Guys Find Sexy and Not?