What Do British Asian Guys Find Sexy and Not?

Looks, personality or something else? DESIblitz spoke to a number of British Asian guys to uncover what they find sexy and not in women.

Above all, many of the South Asian guys seem to prioritise a womanly appearance.

Popular media is littered with images and ideas of what guys find sexy. But what do British Asian guys think?

From glossy magazines to films to dating game shows, they all promise to reveal the special something that will catch a guy’s eye.

But what’s the truth? Perhaps with the influence of two cultures, the British Asian attitude is even more difficult to define.

Bollywood often positions fair skinned women as more desirable. But is this even a factor in guy’s preferences?

More importantly, dating is so tricky now with online dating and apps offering option after option, what do South Asian men find unattractive?

It seems the only way is to ask them. Therefore, we talk to Brit-born Desi men on what they find sexy in a woman and what they don’t.

This was unsurprisingly an important factor for many Desi guys. After all, first impressions count for a lot.

Indeed, Krish is immediately attracted to “long flowing hair”, adding that he likes it to be with highlights too.

Similarly, Akshay “finds girls with curly hair and curves sexy”, but finds this even sexier when he “gets to know them and if they’re confident”.

Krish’s eye is also caught by a good figure, something echoed by many respondents like Amit. He feels that it’s important for a girl to be into a healthy lifestyle.

Above all, many of the South Asian guys seem to prioritise a womanly appearance.

Devesh comments that he’s attracted to women who “embrace their femininity” while Ranga admires an hourglass figure.

While he initially cites Kim Kardashian for her famous bum, he’s not keen on her in general. Instead Birmingham-born model, Demi Rose, is much more his ideal type.

There is some scientific basis for this. Many studies have shown a preference for a curvy figure across different social groups and cultural settings.

Psychologist Devendra Singh and cognitive neuroscientist, Steven Platek actually found that the same pleasure centres that respond to cocaine and heroin, also light up when viewing women with a curvy figure! 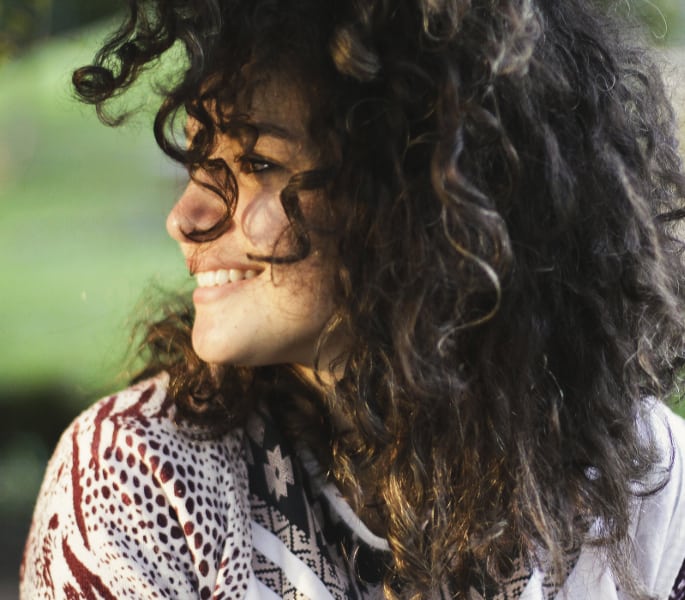 Shivi Hotwani, actor and popular radio presenter on Lyca Radio shares his list of his top three sexy qualities in a girl with number one being:

But he adds a beautiful smile catches his eye and a girl who is “a frequent smiler!” His example of this is the Australian actress and film producer, Margot Robbie.

Similarly, Ranga lists good teeth in his list of what he finds sexy with poor dental hygiene being a definite no.

In fact, Akshay is put off by “seeing a girl smoke”, which is definitely not the best way to ensure your teeth stay pearly-white.

While women reportedly smile more than men, personality is also an essential part of what British Asian guys find sexy. 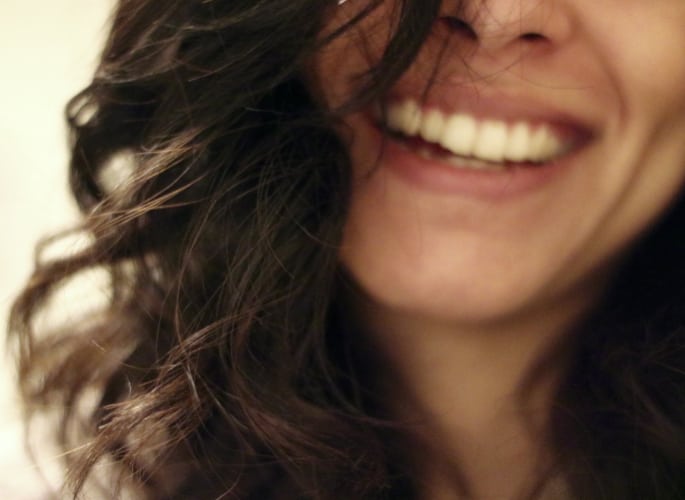 Whereas some people might focus wholly on looks, British Asian men automatically thought a personality plays a big part in attraction.

Both Mo and Keval stress that they love a girl with a good sense of humour, who can laugh, with Krish in agreement. He emphasises the need for good “banter”, as getting on easily is key to finding a girl sexy.

Then Waqas enjoys the liveliness of a girl who can be “sassy” with him.

In fact, Sukh rubbishes the stereotype that women can’t be funny. Instead, if a woman isn’t funny, he finds it deeply unsexy.

Devesh takes this one step further, telling us that he looks for:

“Something that shows she stands out from the crowd, I like a little crazy!”

A good sense of humour or GSOH is a staple requirement of many dating profiles. But it goes to show that sometimes the simplest things are often the most successful in the laws of attraction.

It’s important to keep a balance here and avoid immaturity, which is one of Akshay’s turn-offs alongside “attention-seeking”.

Almost universally, however, is British Asian men’s interest in ambition.

Amit summarises his type as:

“A classy girl who’s intelligent and has big goals and aspirations.”

What he doesn’t find sexy all centres on a lack of ambition. He’s completely disinterested in “someone who has no goals” and “doesn’t know what they want for their future”.

Equally Devesh doesn’t find “laziness and having no motivation” sexy at all. Instead he looks for:

“Someone that can make decisions and be there for you”.

Even Waqas agrees with this, prioritising “intelligence and strength”, both mentally and physically”. Whereas his turn-offs are “the opposite” of “ignorance, passivity and narcissism”.

Whether this is due to the British Asian community’s focus on success or something innate to many men, it’s clear that an independent woman is an attractive woman. 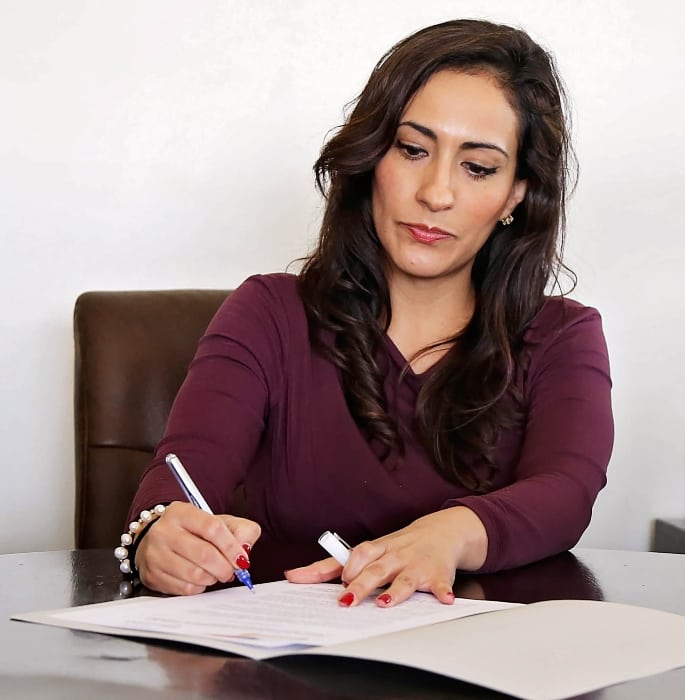 Similarly, the majority of these British Asian guys didn’t react well to an artificial look.

Kulbir is not a fan of girls with lots of makeup:

“When a girl is wearing too much makeup, you do think in the back of your mind, is she going to look as sexy without it? Which can put you off a girl wearing way too much than her neck colour.”

Shivi Hotwani states that his final preference is definitely a natural look rather than “caked on makeup”.

Plus, he isn’t the only one who isn’t a fan of a heavily made-up look, when DESIblitz asked Desi guys about their views on makeup, most preferred the “less is more” look.

Samir reveals that a woman wearing makeup can make her stand out:

“Of course makeup can make a girl stand out from the crowd but what will it be like when you see her in a natural state? That’s who she really is. And if she is still sexy, that’s what matters.”

“I think some lipstick and eye-liner can do wonders for a sexy look. Think of all the money women could save if they kept the makeup to a minimum!”

Interestingly according to a psychology study, women who wore too much makeup were not rated as high as those who wore moderate makeup by both men and women. 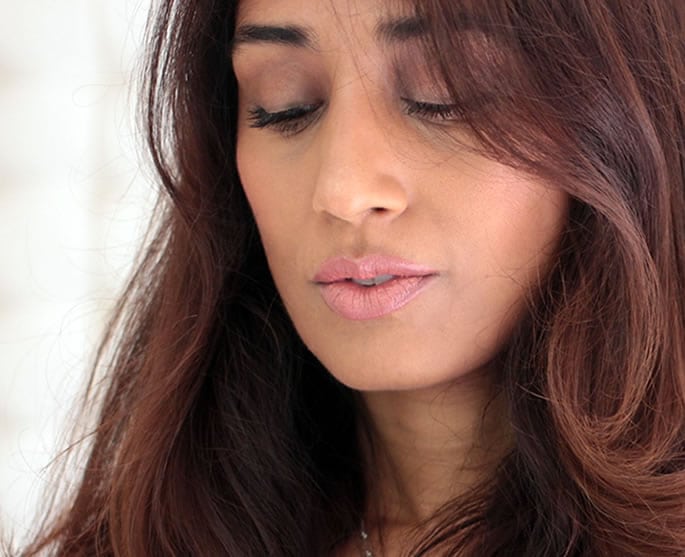 Looks are not seen as the worst turn off for the British Asian guys we spoke to.

Hotwani concludes that his ultimate turn off is:

“When a girl thinks she is too good to even give a guy the time of day.”

He seems frustrated that there’s the assumption that guys are “all in it for one thing”, emphasising that this isn’t always the case.

Indeed, a bad attitude was a recurrent theme for the British Asian men.

Pav never understands why some girls think they are not Asian:

“I’ve never understood when a girl is brown and her parents, she portrays she is ‘not Asian’. Does being born in Britain mean we just forget who we are? When our culture is so diverse and rich.”

Samir cannot stand women who have too much to say:

“I know Desi girls can talk. But for me, I prefer a woman who does not chat s**t! Someone who you can have a laugh and a stimulating conversation with. Now that’s sexy!”

Majid is not into women who are not who they from the start:

“I hate it when a woman has a hidden agenda. Where her goals are for her personal gain and not the relationship as a whole.”

Kulbir prefers girls who genuinely want to be with him. Rather than his status or wealth:

“If money and luxury is the only driver for a woman. It is the biggest turn off for me because I am secondary to her needs. Definitely not something I find sexy.”

Devesh dislikes women who communicate poorly to the extent of game playing and being unwilling to compromise while feeling entitled.

While Mo dislikes when a girl was “rude”, preferring someone “bubbly”, “open”, who likes to do new things.

It looks like those quirky first date ideas could be the perfect way to steal a guy’s heart. But make sure not to be rude to the waiter, or worse, him!

Nonetheless, don’t underestimate the importance of a charming personality to go along with a stunning exterior.

Unprompted, many British Asian guys thought beauty was inside and out.

Most importantly, however, was a balance between living in the moment and looking to the future. A good sense of humour keeps British Asian guys interested in the moments you spend together whereas ambition makes them look forward to spending more.

An English and French graduate, Daljinder likes travelling, wandering around museums with headphones and getting over-invested in a TV show. She loves Rupi Kaur’s poem: “If you were born with the weakness to fall you were born with the strength to rise."
Sex Toys in India are “morally degrading” says Law
Desi Remedies for Women’s Period Cramps