What do Guys really think of Desi Girls wearing Makeup?

Do guys really think that girls wear too much makeup? DESIblitz spoke to a number of guys about Desi girls wearing makeup. Find out what they told us.

“There’s nothing wrong with it."

Desi girls wearing makeup are no strangers to makeup critics. Just like many other women in the world, makeup is a sacred blessing that has become the norm.

But, men may feel bitter about this. They might not like the idea that women they potentially want to date could be covered in so much makeup that they look nothing like themselves in reality.

At least, this is a common belief held by women, and perhaps what has led to the release of MakeApp – an app that digitally removes makeup from a woman’s face.

Do all men share this view? We talk to both Desi men and women about their thoughts on makeup.

What do Desi Men think?

DESIblitz asked British Asian men what they thought of Desi Girls wearing makeup. Their responses whilst varied, all followed the same pattern – they did not care whether women wore it, but wearing less was better than too much.

Some men thought that wearing more makeup made a girl insecure. Esa, 28, from Birmingham, says:

“The first words that come to my head for women wearing makeup is that they are insecure. It shows that its attention seeking. You should love how you have been created and look.”

Jay tells us: “Personally if there are any insecurities with girls and makeup, it’s because of the girls themselves because they feel they have to wear it.”

These responses by real men show that men aren’t the ones that want girls to wear makeup to look better. These men think that makeup is an insecurity issue. However, this isn’t the case all the time as girls may just like to wear makeup for fun.

Makeup is not worn for simply one reason, and this is important to remember.

When asked what they preferred in a woman, the same men said: “There’s nothing wrong with it. I don’t really care either way.”

Sunny tells us: “They can wear as much makeup as they want really. Women wear makeup, guys can go get a haircut or something. There are times when it looks a bit silly when they go over the top. But, if they like doing it, they can do it.”

These comments on the preference of makeup show that men do not really care whether a woman wears makeup or not. It really is a personal choice and women should not be made to feel as if they’re committing a crime for wearing makeup. 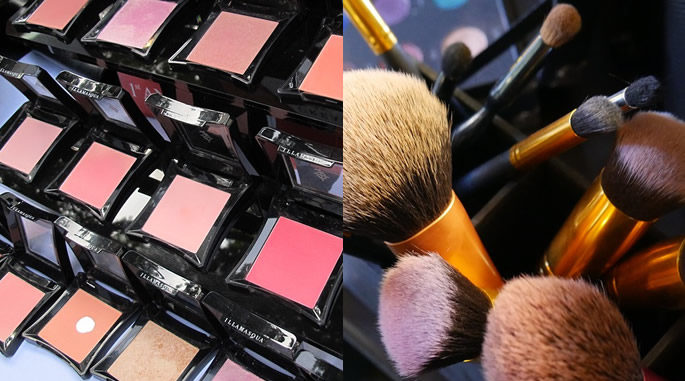 However, each man then expressed his preference for girls to wear less makeup. This is slightly confusing, do Desi girls wearing makeup wear less because a man prefers it? Or as much as she wants because he doesn’t care how much a girl wears?

As the comments suggest, men actually don’t mind. However, all of the men DESIblitz interviewed, still added that wearing less was more preferable.

Wasif Hussain, from Dewsbury, says: “If more makeup makes them look beautiful, then I’m really happy for them.”

He then adds: “Take Faryal for example, have you seen her with a full makeover? She goes extremely heavy on makeup. My opinion is don’t go too aggressive.”

Whilst Esa believes: “I don’t like women with too much makeup, but moderate is fine. I want my woman to feel happy and pleased with how she is.”

So, the general view from men is that makeup is a personal choice, and although they don’t mind it, they’d still prefer a woman to wear less because they believe natural beauty outshines makeup.

What do Women think of these Views? 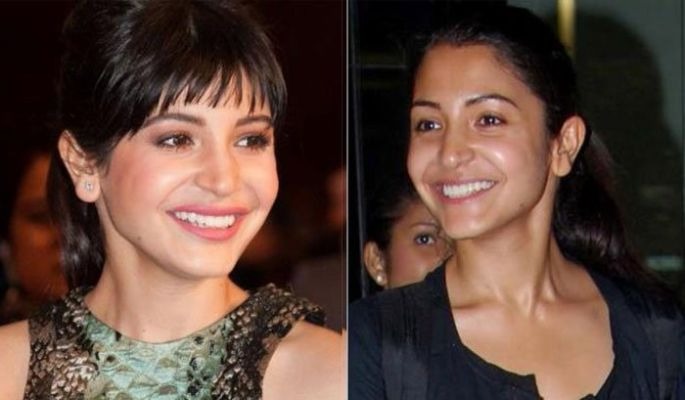 Zara, 31, from Blackburn, felt as if men were making a huge judgment in thinking Desi girls wearing makeup were not comfortable in their own skin.

She tells us: “I believe most men do prefer women without makeup or with natural makeup, as too much would indicate she isn’t confident enough without.

“However, their comments make me think that if a woman is wearing makeup, they automatically assume she isn’t comfortable in her own skin, which isn’t always the case.”

Women around the world like Zara will take issue with some of the comments, as nobody likes to be told they are insecure because they wear makeup. Whilst the intentions of the men are not bad, the comments themselves can be offensive to women.

Although, the men interviewed did not say they had a problem with Desi girls wearing makeup, but felt that women themselves had the problem.

This is an ongoing debate, something that may have been aggravated by the recent arguments on the app, MakeApp.

Since the MakeApp app was released, there has been many men and women clashing over the subject of makeup being worn.

Created by a Russian man, Ashot Gabrelyanov, the app allows for the user to digitally alter pictures with various filters. One of these filters is the ability to remove makeup. Desi girls wearing makeup may find problems with this, as the debate divided Instagram and Twitter.

Is this an attempt to show the true colours of makeup wearing junkies? Or a lame endeavour to expose women in their element, because whoever is behind it, has been foul played into believing a makeup face was a real, natural look for women?

To test out the app, various women used the app to see its effects on their faces. 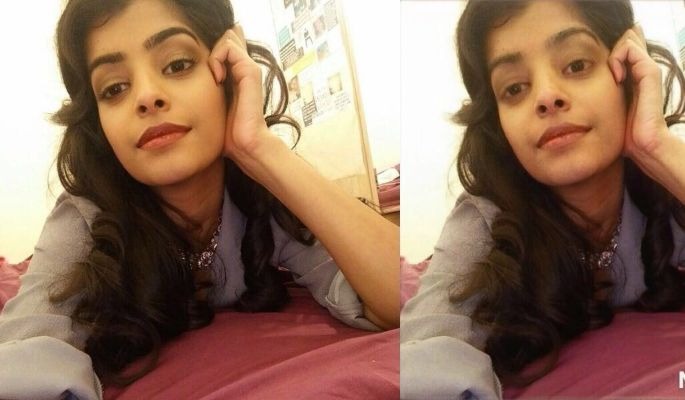 Monica Shemar, 22, from Birmingham, was shocked at why the app would even garner so much attention. She tells us: “I’m confused why anyone would even use it. I wouldn’t say I look like that without makeup.

“It’s a weird app. I wouldn’t use it but I understand why it may appeal to men if they want to find out what someone would look like without makeup.”

Shemar’s comments on why the app would appeal to men strike a chord. The app is appealing to men who want to see women without makeup. This may be even considered a violation of the women’s rights, and also hypocrisy if the same men then claim to have no problem with Desi girls wearing makeup. 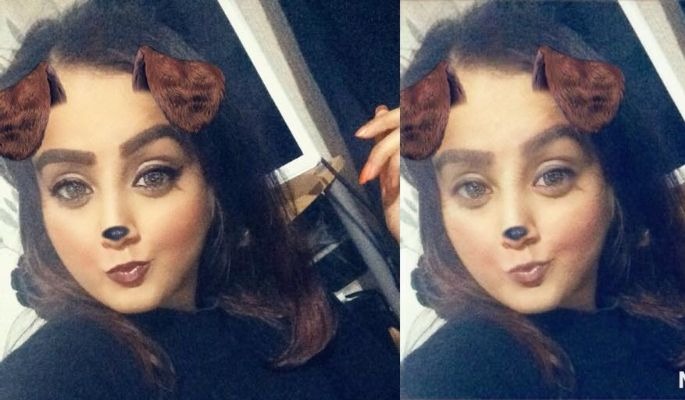 Ravi Chanchal was next to try the infamous filter. She says: “It obviously doesn’t do its job properly. It’s not needed.”

Whilst the filter even removed Shemar’s eyelashes, it did little by removing Chanchal’s visible makeup. But, the issue with the app is not the reliability of the filter, but the reason behind its use in the first place.

After trying out the app, DESIblitz found that whilst it does take off the makeup, it’s not very good at doing so, and only exists to anger women and entertain men.

The app garnered mostly negative comments with many women taking to social media to express their dislike of the app, and often clashing with some men.

But, if men don’t care whether a woman wears makeup or not, why is there a need for an app that takes it off a woman’s face?

Ashot himself told Buzzfeed: “We built MakeApp as an experiment and released it into the wild a few months ago and unfortunately the media coverage solely focussed pm the makeup removal function of the app, and characterised it as a bunch of ‘tech bros’ trying to hurt women.”

Whilst the intentions were not to cause so much controversy, the use of the app by men who want to reveal women who wear makeup is distressing for women around the world. If men really don’t care about women wearing makeup, then there would be no need for such an app to even exist.

Most men though, do not care whether a woman wears makeup or not. But, arguably women don’t need any approval from men anyway, as makeup is not worn for others, but themselves.

So, what do men think of Desi girls wearing makeup? They don’t mind it, but they prefer a girl to wear less of it because they feel a girl should be happy in her own skin. For Desi girls then, the choice is entirely down to you.

Alima is a free-spirited writer, aspiring novelist and insanely weird Lewis Hamilton fan. She's a Shakespeare enthusiast, with a view: "If it were easy, everyone would do it." (Loki)
The Expectations of Desis having Sex at University
The Bollywood Stars who oppose Skin Lightening Creams