The Expectations of Desis having Sex at University

Desi students can face a number of expectations at university, just to fit in. DESIblitz explores the pressures on Asians to have sex at university and why it has become such a big part of student life.

University is the first time many young adults have the freedom to make their own choices and explore new things.

Whether this means living independently, meeting different types of people or experimenting with sex at university.

For most Desis, university is the first time that they will be living away from their parents and therefore have the freedom to explore sexually.

But is there always an expectation to have sex at university? DESIblitz explores the sexual pressures that some Desi students can face whilst at university. 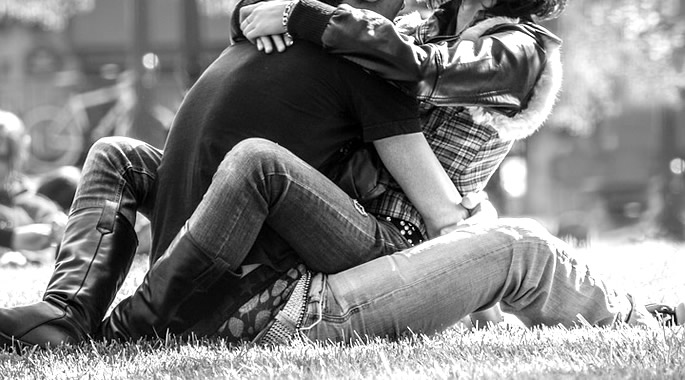 Many people at university feel pressure to have sex, especially if their entire friendship group have had or are having sexual relationships.

Freshers’ Week allows people the opportunity to get to know each other and share their own experiences through drunken party games and student nights out. Dorm parties and club nights in India and the UK enable young students to mingle and lose their inhibitions.

For those who have had limited interaction with the other sex prior to university can find themselves amazed by the lack of restrictions. This is particularly the case for Indian students studying abroad and are still adjusting to the change in cultural mindset. International student, Anil* says:

“Coming to UK to study was very much a culture shock. In India, so much emphasis is put on academics, but here you can be social and have activities. There are so many opportunities to meet and hook up with a girl here if you want to. There are club nights and parties all the time.”

However, some students may feel intimidated if they have never had sex before. Especially if their peers are openly talking about their sexual encounters.

They may also feel a compulsion to be sexually active as they are always told about how university is the best time of their lives for going out and having fun. And therefore, they may feel as if they’ve missed out and not made the most of student life if they don’t.

This can lead to people doing things and having sex with people they don’t necessarily want to just so they have ‘done it’. Although, more often than not, it may probably make them feel worse than if they hadn’t ‘done it’ at all:

“I didn’t feel pressured by others to have sex, but I felt pressured by myself. I thought that this would be the only time I’d be able to really meet someone and have a good sexual relationship with them as I thought I may not have been able to for a while after university because I’d have to move back in with my parents,” says Manisha.*

Those who do succumb to the pressure of having sex at university can feel a sense of regret afterwards. Graduate Jiya* says:

“I sometimes wish I had waited to have sex when I was at university. I ended up sleeping with a guy I met during Freshers’ because all my roommates were doing the same. But it was my first time and it didn’t feel special at all.”

Choosing Not to Have Sex at University 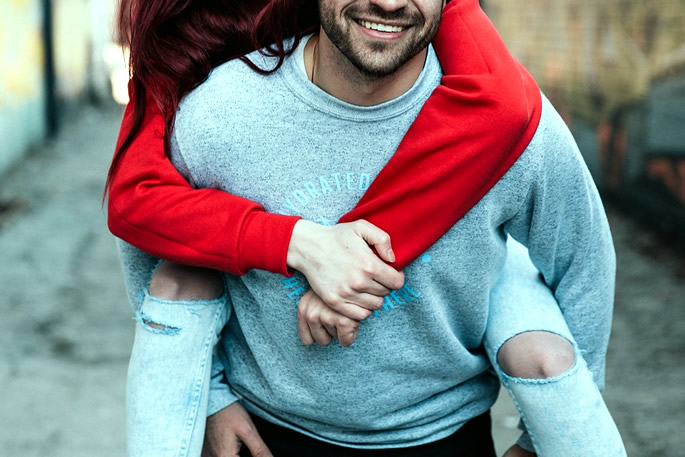 Although it is less common these days, some Desis around university age do not believe in having sex before marriage.

This may be for religious, cultural or personal reasons. As Sandeep* tells us:

“When I was at university I didn’t want to have sex, as I didn’t believe in having sex before marriage. Many people didn’t seem to understand this as sex is such a big part of university life these days.

“Despite this, I still stuck to my beliefs. I do feel for other people who stay out at university with the same beliefs as me because there’s so much pressure. I can see how some of them could go against their beliefs just to fit in.”

However, some who do not share these convictions may still not engage in sexual activity, due to circumstance and choice:

“I have nothing against having sex before marriage, in fact, I say I will. I just never found the right person at university.

“There were times when I thought to myself that I should maybe just have sex with anyone just to get it over with because everyone else had.

“I’m glad that I didn’t know though because I know for sure that I would have regretted it,” says Jas*. 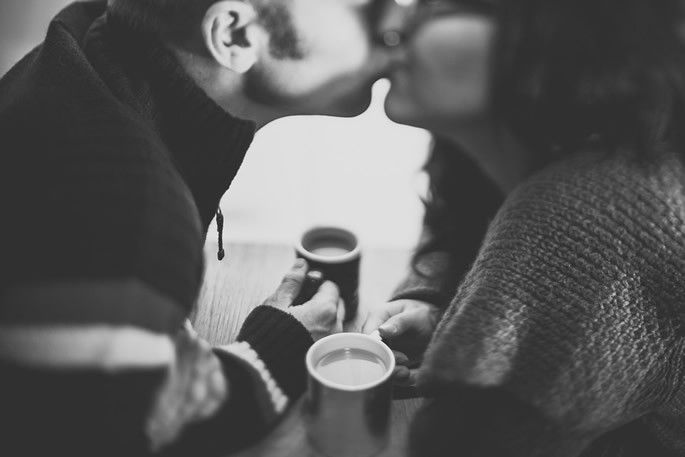 There is a notable difference in attitudes between boys having a lot of sex and girls having sex at university. And this is a problem in all cultures, not just Asian culture. In many cases, girls can be slut-shamed or seen as promiscuous. For Desi girls, in particular, it can lead to cultural implications after they leave university:

“I knew a lot of boys at university who would practically sleep with a different girl every time they went on a night out. No one ever used to bat an eyelid, however, if a girl did that it would be a different story.”

“The whole of the Asian community at university would be talking badly about them and judging them, and the same goes for anyone of any ethnicity, there’s such a double standard for men and women when it comes to anything to do with sex,” says Amrita.*

Interestingly, some Asian girls can also look to university time as the opportunity to meet ‘the one’. Outside of parental control, they can date casually or have a meaningful relationship with someone on their own terms.

For some, it can be the only chance for them to find their life partner by themselves without any external interference. While some will look at this as the chance to take their time to find someone they are compatible with, others can date and engage in a lot more casual sex to move the process along more quickly.

Interestingly, in India, while casual sex does happen, many couples can end up finding themselves in long-term relationships. Sunil studies at an IIT (Indian Institute of Technology). He says:

“It is surprising how few casual relationships you find at IITs. Most couples start out trying to be cool, try to play it casual and ‘not serious’. But they end up staying together in a mushy, made-for-each-other relationship.

“College is supposed to be about as many people as you can meet, as many experiences as you can gather, as many ways you can find to mould yourself.”

So, while Desis might be tempted to find ‘the one’ while at university, it can take away from their overall student experience.

The Dangers of Sex at University 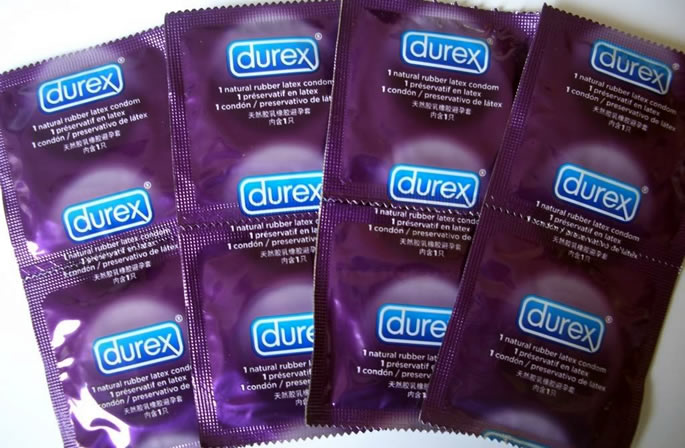 Some people may get so caught up in their newfound freedom at university that they forget to watch out for the dangers. For example, not practising safe sex.

Some Asians may go too far and get carried away with the lack of restrictions. Many South Asian students have been sheltered at home before university and can use university as a time to ‘go wild’. This means they consume more alcohol than they are used to or end up in awkward situations without any protection.

“I’ve worked in nightclubs around the UK, many of them being student nights. It was obvious to see which Desi girls were going OTT because they had been denied that freedom at home.

“I understand that it is exciting for students to have this freedom for the first time, especially Desis. However, I’ve seen this go too far before. I would advise them to think about what they’re doing and who with and think about the consequences before, not the morning after.”

With Desi female students who have not had sex before, it is possible they will not be knowledgeable about contraception and safe sex. Therefore, they can fall into the trap of pregnancy scares or rushing for emergency contraception, which may or may not work.

You will always hear rumours of unwanted pregnancies and abortions taking place at university because a couple was not careful enough. And for Asians, the stigma of pregnancy and abortion can continue long after university has ended.

In addition, many are not aware of the STDs that can be easily caught without the use of condoms. So, safe sex should be a priority, if it is going to be practised.

Sexual health clinics usually offer free contraception in the form of condoms. If you are a girl, you may want to consider going on the pill to avoid pregnancy scares.

Here are some useful tips for students who are/or thinking about having sex at university:

University is one of the most important periods of a person’s life. It shapes them into the person they will be going into adulthood.

Although the main goal of going to university is to get a degree, having fun and developing a social life is also important.

Sex is a big experience in life. Therefore no one should feel pressured to have it earlier than they are comfortable with. Especially at university, where many Desi students experience freedom for the first time away from their family.

Kiesha is a journalism graduate who enjoys writing, music, tennis and chocolate. Her motto is: “Don’t give up on your dreams so soon, sleep longer.”
Makeup Artist creates Desi Disney Princess Looks
What do Guys really think of Desi Girls wearing Makeup?