Why do Desi Parents have High Expectations?

Desi parents have the tendency to place high expectations onto their children. These expectations can have both a positive and negative influence. DESIblitz explore this important issue.

"My family still do not see what I do as a legitimate career."

Like every household, parents have certain expectations for their children. With Desi parents, the expectations are usually on a much higher scale.

Though the aspirations of parents differ across the world, there are still some areas where their preferences overlap.

Some people may find themselves living solely for their parents.

From traditional norms to bragging rights, there is a multitude of reasons as to why Desi parents have such high expectations.

South Asian culture honours authority and respecting your elders is a trait that has been instilled in Desi families for generations.

Therefore, abiding by family rules and meeting expectations is a norm for many South Asian individuals. This can explain why many South Asians may feel pressure in regards to their future.

Following in the elder’s footsteps is something that is considered the norm for Desi parents.

From their point of view, whatever they have done, their children are expected to do the same.

Neighbourhood gossip is also, unfortunately, one of the reasons why Desi parents may have high expectations for their children.

Bragging about their child’s career, promotion or any other milestone in life is something that nearly every parent has done.

Whilst it is also a method parents use to express their pride, in the South Asian community, it is usually done to merely boast and elevate the family’s reputation.

Alongside bragging rights come a comparison of children of a similar age and this may create some kind of social ranking.

As a community, we tend to care too much about what others view and perceive us as.

For some Desi parents, these high expectations may stem from their own experience as a child, and wanting to ensure that their children get the chance to succeed and achieve things that they may not have had the opportunity to when they were younger. 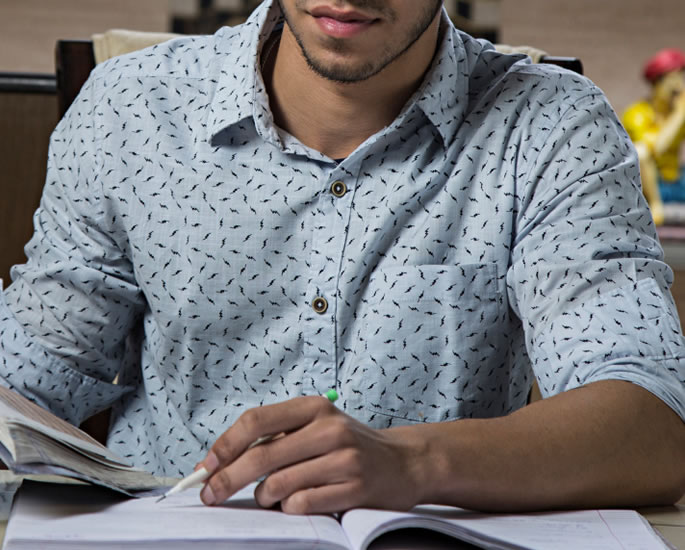 Desi parents emphasize to their children, from a very young age, the importance of education and successful careers in their adult life.

The importance and status associated with a good degree are still prevalent and expected by many Desi parents.

South Asian parents are likely to send their children abroad for higher education.

Subjects and sectors such as engineering, medicine and law are still favourited and encouraged by a large number of Desi parents.

The more creative industries are sometimes overlooked by Desi parents.

Many Asian parents, not just Indian, pay for additional tutoring alongside school for their children.

Whereas in countries such as the UK, France, Australia and the USA, this is not as common.

It may also be true that some Desi parents try to micromanage their children, whereas others may provide the freedom they didn’t necessarily experience whilst growing up.

“When I was younger, I used to hide my mock exam results from my parents because I knew they weren’t what they expected from me.

“For a long time, I felt immense pressure whilst at secondary school.

“I felt embarrassed about going to parent evenings at school and then having to hear lectures from them when we returned home.

“As an adult, these particular expectations don’t affect me anymore. However, I don’t look forward to the conversation about marriage and having kids.”

Some Desi parents may even view their children as an investment.

Implementing certain expectations that a child may face difficulty meeting will only have adverse effects. 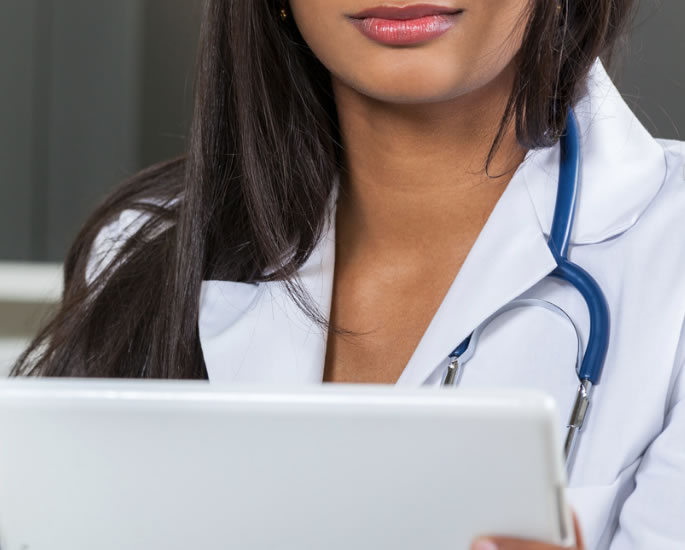 The expectations do not stop after education. The next and natural step is expectations involving jobs and careers in adult life.

The high expectations around high-end careers including the roles of doctors, lawyers, opticians, dentists, pharmacists and IT-reputable careers.

Some Desi families expect their children to enter these job markets as they fit into the more traditional routes of where South Asian adults take up work.

Taking the career route of something more on the creative spectrum are not expected from South Asians and sectors such as the arts and humanities are not always highly encouraged.

However, times are changing. As newer generations of British Asians rise, a growing number of them are entering the creative industries, despite traditional and cultural norms.

“I didn’t plan to go to university at first because I didn’t know what I wanted to study. I wasn’t a big fan of school and I didn’t do that well in terms of grades.

“After many discussions with my parents, I decided to get into teaching which is something I never envisioned myself doing.

“My parents have high expectations of me but I personally don’t see that as a bad thing – they want the best for me and this is their way of providing encouragement and support.

“If they weren’t so involved, I don’t know what career choice I would have taken.”

Whilst having these expectations can have a positive impact, if the standard is too high and impossible to reach, it can have negative effects on the wellbeing of the child and the family as a whole.

“I studied biology at university but now I am what you could call a social media influencer. My family still do not see what I do as a legitimate career.

“I’ve had distant relatives ask me what I do and where I work, and my mum has lied and told them that I’m still studying.”

It is fair to state that some Desi parents have the tendency to set the bar perhaps a little too high. 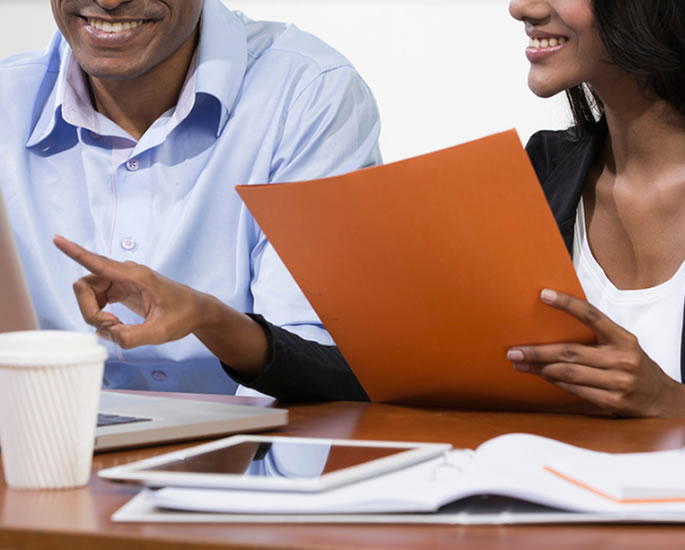 Desi parents usually have high expectations regarding starting your own business or taking over the family one.

Some South Asian individuals who do not go to college or university may be expected to work and eventually take over the family business.

This may lead to family disputes as a result of a lack of independence.

Those young people who make the choice to create their own business will be faced with high expectations from their Desi parents.

These expectations are the almost automatic presumption of success, and this may create pressure to thrive.

Not meeting the high expectations of Desi parents may lead to distress and have a negative impact on one’s confidence.

“I work in my parent’s shop, and I think the general idea is for me to permanently take over in a few years.

“I went to university and had career aspirations but nothing ever came out of it.

“I’m glad I had the family business to almost fall back on in a way because, without it, I don’t know what I would be doing right now.” 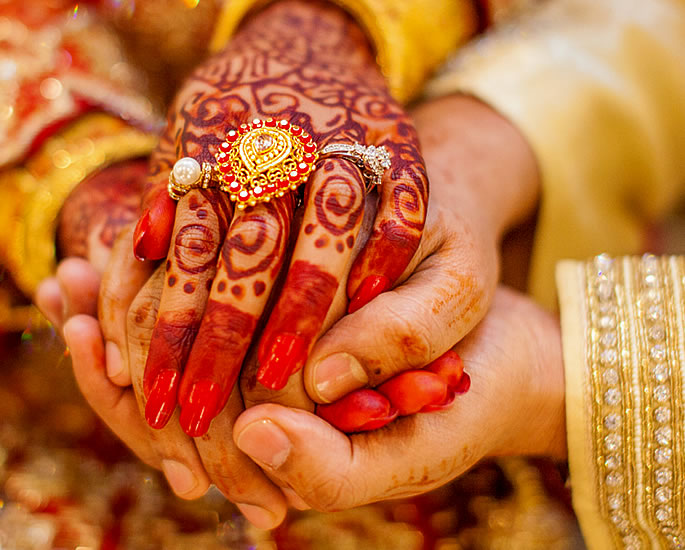 As well as education and a successful career, expectations concerning marriage and having children also exist within the South Asian community.

For South Asian women, the idea of getting married and bearing children before a certain age is still somewhat perceived as a societal norm.

For many South Asian men and women alike in today’s society, marriage may come as a second thought and a successful and secure career takes precedent.

Whereas for South Asian men, whilst age is still considered in terms of marriage, Desi parents are usually not as forceful.

Once married, the conversation shifts to starting a family. Desi parents expect to become grandparents also before a certain age.

Not only are couples sometimes looked down upon and shamed for not having children, the parents and in-laws may also be to blame.

To avoid being the subject of local gossip, maintaining the expectations around having a family still exist.

“Me and my husband have been married for 6 years, and we have no children.”

“We are constantly asked ‘When are you going to start a family?’ and told that we are running out of time.

“Our families don’t respect us enough to consider the fact that we simply may not want children or that as a couple we may not be able to conceive.”

Then there is the pressure from families, especially, the male side, for some South Asian women who have married, to have a son.

Some married couples even keep on trying after having girls and others even seek fertility help, just to try and meet this patriarchal expectation.

However, many South Asian individuals do not abide by these traditions and possibly outdated views.

Newer generations are more likely to focus on their career before thinking about the possibility of marriage and having children.

Getting married and having a family may be perceived as a restrictive attribute that could potentially jeopardise a career or future career opportunities.

Finding the balance between work and family may be difficult for some Desi households and lead to a negative view of starting a family in the first place. 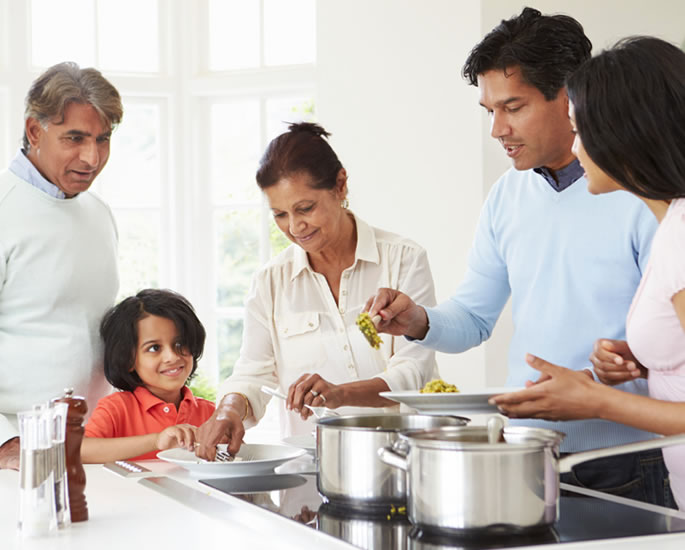 The high expectations surrounding day-to-day living and family are perhaps the ones that are the most stressful.

With the days of extended Desi families beginning to diminish, the expectations which were once a priority are no longer the same. For example, the man’s parents expect to live with his wife and children.

These kind of expectations are changing. More focus is on what is expected from young Desi couples after marriage and how they live.

For some Desi families, there is an expectation of the couple buying a decent house, and the concept of renting a property is not one that is envisioned for the long-term.

Renting and not buying a house may give the impression of a couple or even a family being uncertain and not invested in their careers and not properly settled down.

Those with houses are then burdened with the expectation of being mortgage-free in a certain amount of years.

Owning a house implies that one is successful and wealthy enough to support themselves and their family.

“Me and my fiancée live together in a flat in London, and our families expect us to move to a more ‘permanent’ solution once we’re married.

“But we have no plans to move – we love our place, we’re in walking distance of our jobs and the area is nice.

“I think our families think it’s not the best place to raise a child and renting, rather than paying a mortgage, to them is not ideal for the future, despite the fact that we’ve lived here for 2 years and we’ve never faced any problems.”

It is important to acknowledge that not every Desi family has these certain expectations that they live by.

Every parent and child relationship is different and individual. It would not be fair to categorise every situation as the same.

For the vast majority of Desi parents, the high expectations come from a place of positivity. The communication behind these expectations is what may need improving.

If expectations are clearly unattainable, communication is key to ensure both parties are heard and understand what is acceptable and what isn’t.

This topic, as well as many others, is not openly discussed amongst the South Asian community. It may be a tough conversation but it is definitely one worth having.

Desi parents ultimately want the best for their children, as does every parent.

Therefore, some of these expectations ultimately need to be communicated better so that children have a chance to thrive and start living for themselves.

Ravinder is currently studying BA Hons in Journalism. She has a strong passion for all things fashion, beauty, and lifestyle. She also likes to watch films, read books and travel.
Indian Girl raped by Covid-19 Patient in Quarantine Centre
Is Mukesh Ambani the World’s Fifth Richest Person?