Mohammed Abdulrehman from Didsbury has been jailed for his part in trying to smuggle 47kg of cannabis from a Dutch consignment worth £1.4m in total.

"The headline 'courier' describes your actions."

A businessman from Manchester, Mohammed Abdulrehman, who’s dessert business company failed, has been jailed for trying to smuggle 47kg of cannabis into the UK.

Abdulrehman, aged 25, who was £15,000 in debt due to the collapse of his business, was sentenced to two years in prison at Gloucester Crown Court on Saturday, April 6, 2019.

He was caught in the process of collecting the 47kg of cannabis from a lorry driver from Holland in a Travelodge car park, near Cirencester in Gloucestershire.

The cannabis was hidden within a cargo of Dutch flowers to camouflage its smell in the lorry which was driven by John Lader, the court heard.

Police watched Abdulrehman arrive at the car park in a Fiat Doblò van on October 29, 2018, at about 12.20pm. At this point, they thought he was just waiting for someone.

The HGV lorry with the Dutch number plate then arrived just before 1.00pm.

Then, police saw Abdulrehman drive over to where the lorry was parked. After Lader got out, they saw him move the drugs from the lorry into Abdulrehman’s Fiat van.

Police then arrested both of the men.

The lorry driver, Lader, said that he thought he was transporting illicit cigarettes and had no knowledge of that it was cannabis. Abdulrehman did not say anything.

The court was told that the drugs were vacuum packed and concealed deep within boxes containing the flowers.

Because the packaging was so effective, the smell of the cannabis was cleverly hidden such that the boxes could have easily been passed off as genuine floral products.

The prosecutor Janine Wood said that the lorry contained in total 141kg of cannabis with a street value of about £1.4m. 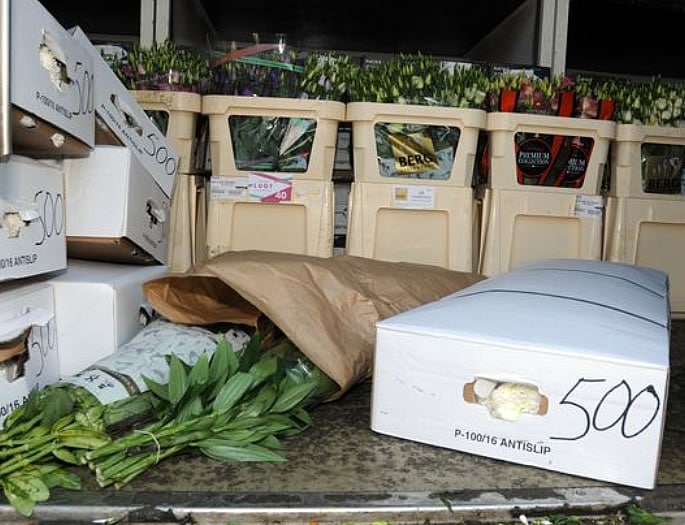 A box number with a label ‘500’ was the consignment which for Abdulrehman, containing the 47kg. The rest of the boxes had other ‘batch numbers’ on them reserved for four other deliveries to be made by Lader on the day.

Abdulrehman’s lawyer, Michael Goldwater, told the court that he accepted to become a drug courier because of his desperation to pay money he owed and that he had no previous convictions.

“Mr Abdulrehman was in the driver’s seat at all time.”

“He would not have known what was in the lorry and that his was a portion of a very much larger consignment.

“He would have known that he was couriering a significant amount of cannabis.

“He was a courier and that was his role.

“It has never been claimed that his life was in danger, but he was under a substantial obligation to make repayments to his creditor.”

“He took on what seemed to be a successful enterprise, a dessert business.

“It was in the northern quarter of Manchester. An up and coming area.

“He had a hope of making a success of it

“But the Mancunian appetite for desserts is perhaps in its infancy.”

“He had to close the business. He owed a lot of money.

“It was put to him this was a way to start make repayments. He did. And this is where he is.”

Lader, aged 51, the lorry driver, had already been sentenced in an earlier trial and was given 16 months in jail suspended for two years, accepting that he did not know he was transporting cannabis instead of tobacco. 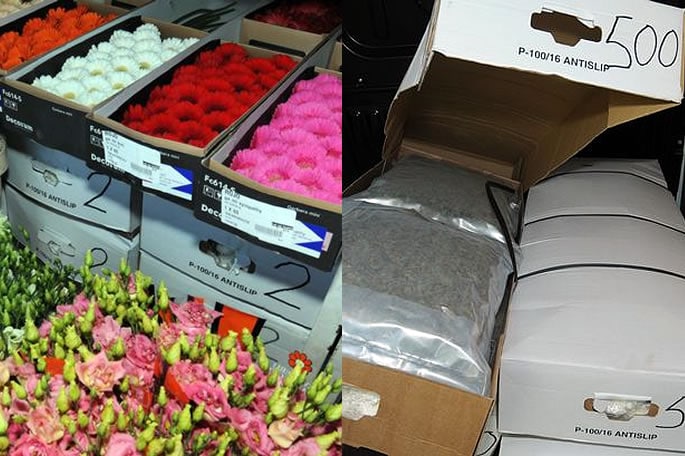 “This was a very large amount of cannabis.

“The headline ‘courier’ describes your actions.

“You had a vehicle in which you were going to collect nearly 50kg. You must have to a degree been aware of a chain of operation.

“You were clearly doing it for money. I accept you were desperate.”

“You made a decision quite deliberately, but quite wrongly to get involved in crime.”

“In all, 141kg of herbal cannabis were seized that afternoon, with a wholesale value of £5,000 per kilo and a total street value of £1.4million.

“The drugs had been meticulously packaged in vacuum sealed bags to disguise the smell and stems of fresh flowers had been placed on top of the bags, visible through the boxes, to try and make the packages fit in with the rest of the lorry’s load.

“However, we were already on to them and by responding quickly to intelligence about their activities, we literally stopped them in their tracks.”