Four people, including an Air India SATS employee, have been arrested after they were caught trying to smuggle gold bars worth Rs. 95 lakh.

"These gold bars, weighing three kg in total, were recovered."

Four people, including an employee of Air India SATS, were arrested by customs officials on Friday, January 4, 2019, for trying to smuggle gold bars worth Rs. 95 lakh (£107,000).

According to a statement, they attempted to smuggle the gold bars at the Indira Gandhi International airport in Delhi.

It was heard that customs officials intercepted a 38-year-old man after he had arrived from Bangkok, Thailand on Tuesday, January 1, 2019. He intended to depart to Ahmedabad on January 2, 2019.

The man was taken for preliminary questioning in relation to his travel to Ahmedabad via Delhi. Joint customs commissioner Anubha Sinha said the passenger was unable to provide a satisfactory response to the questions.

Sinha said: “It was found that the actual weight of his checked in baggage was 8kg but the tag on his baggage indicated the weight as 11kg.”

It was discovered that the man had three gold bars inside his luggage and they were taken out by the Air India SATS worker in the underground baggage handling area of terminal three. 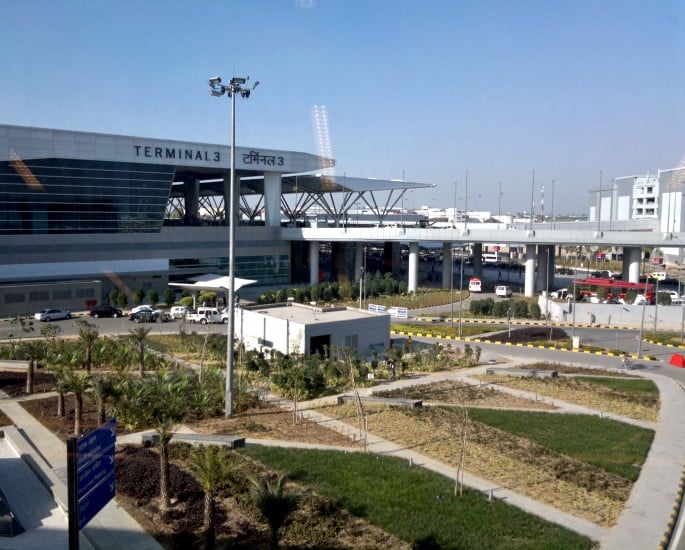 Sinha added: “Further investigation revealed that the Air India SATS employee had taken out three gold bars of one kg each from the passenger’s luggage in the underground baggage area of terminal three.

“These gold bars, weighing three kg in total, were recovered from under the seat of an electric tractor operated by AI SATS.”

The employee was caught by officers and questioned where it was revealed that the gold was to be delivered to two people near Dwarka, Delhi.

A team of officers immediately proceeded to the spot that the worker told them and stopped two men.

A car and motorbike which was being used by the two men were seized as well as the gold bars.

The investigation has revealed that the Air India SATS worker had been working with his supervisor and they have smuggled gold through airports eight times in the past.

Air India SATS is a joint venture between Air India Limited and Singapore-based SATS Limited and specialises in airport services.

This is not the first time that staff members have been involved in smuggling gold. On November 11, 2018, senior employees conspired to smuggle gold through the Delhi airport, they were arrested but the reason for having the gold was not specified.

It is a possibility that the smugglers from the November 2018 case and this latest case are connected to one another, however, there is no confirmation to this being true.

It is likely that those arrested are part of a large organised crime group in India whose operations include gold smuggling.

Dhiren is a journalism graduate with a passion for gaming, watching films and sports. He also enjoys cooking from time to time. His motto is to “Live life one day at a time.”
Brother ‘Kills’ Sister’s Secret Boyfriend after Searching her Bedroom
Two Indian Women divorce their Husbands to Marry Each Other