"Firearms officers did a brilliant job in safely stopping the car, arresting the man and securing the weapons."

Two men in Birmingham received jail sentences after police found hidden sawn-off shotguns in their car. They received a combined sentence of 15 years. The trial took place on 10th March 2017.

Media outlets identify the men as Yasir Nassir and Kuldip Singh Atwal. Police found the sawn-off shotgun when they pulled the men over in Birmingham City Centre. It happened at 5 a.m on 10th September 2016.

Yasir Nassir drove the Citroen C3 car around the City Centre, with Kuldipsingh as the passenger. However, police pulled them over on Newtown Row.

As they conducted their search of the vehicle, they found two sawn-off shotguns and one starter pistol. Police found them stashed hidden under some car seats.

Police also recovered shotgun cartridges from the vehicle, which they found in the rear seat footwell. 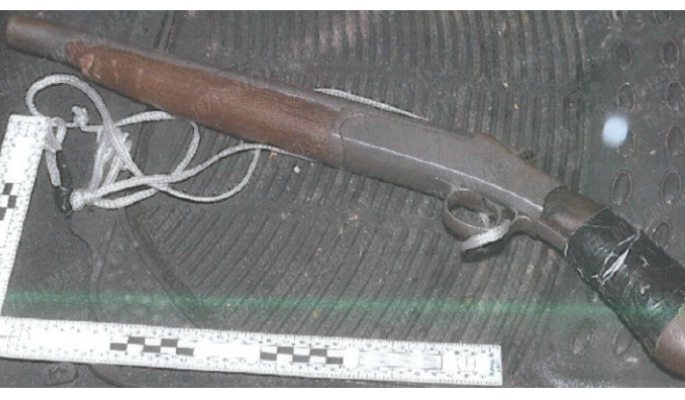 The Walsall men initially became unhelpful in explaining the discovery of the sawn-off shotguns. Not only did they deny knowledge of the hidden stash, but they refused to answer any of the police’s questions.

However, Yasir Nassir soon confessed to possessing the firearms. A jury found Kuldip Singh Atwal guilty with the same charges. Therefore, a judge sentenced Nassir to seven years and Atwal to eight years.

“This was a great piece of police work: intelligence suggested the car was linked to firearms and the information proved spot on. Firearms officers did a brilliant job in safely stopping the car, arresting the man and securing the weapons.”

“Atwal and Nassir tried to distance themselves from the weapons, but that’s not easy when you’re driving around in a car in the early hours of the morning with them at your feet.”

“We had no evidence these shotguns had been fired in anger but possession alone leaves offenders facing many years behind bars. This result is a strong message to the criminal fraternity that holding illegal weapons will be dealt with severely by us and the courts.”

West Midlands Police now hope that the sentences will remind people of the dire consequences of possessing a firearm.