A British Asian dealer has been jailed after police raided his house and found heroin and cocaine worth £2.5 million. They also recovered over £700,00 in cash, hidden in the walls of his home.

"Bassi was a major distributor of class A drugs in the West Midlands."

A British Asian dealer received a jail sentence after police raided his property, discovering drugs worth up to £2.5 million and over £700,000 in cash.

Daljinder Bassi will serve 13 years in prison. At Wolverhampton Crown Court, he pleaded guilty to 3 charges of possession with intent to supply Class A drugs and concealing criminal property.

The court heard how the dealer had stashed drugs and money into the walls of his house. Bassi used the property as a ‘drugs factory’, preparing huge quantities of heroin and cocaine.

In October 2017, police stopped the dealer as he drove on the M6. They discovered 3 kilos of heroin in his car. Officers then searched his house.

They recovered drugs in powder, rock and block form, hidden in various places of the residence. This included under floorboards, beneath loft insulation and in wall cavities. 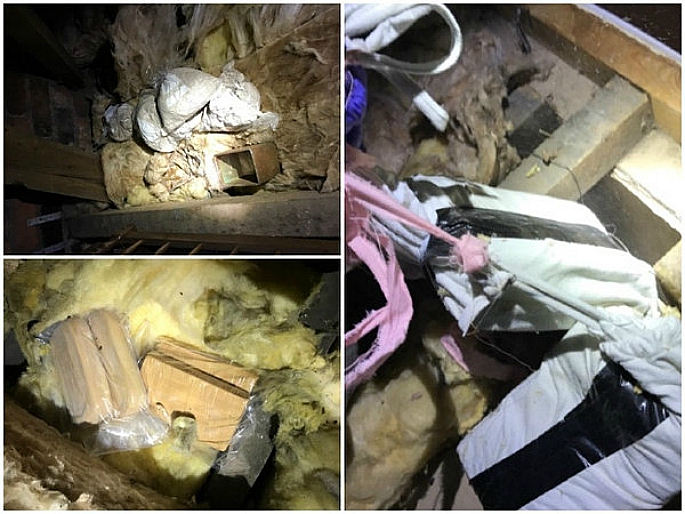 In total, they found 22kg of heroin, cocaine and mixing agents, along with £737,000 in cash. This too was stashed away in the dealer’s home.

The court heard that the drugs recovered had a street value of £2.5 million.

Bassi would use his property as a location to cut, package and store the heroin and cocaine. He would then sell it on to dealers, becoming a distributor in the West Midlands area.

During the trial, the jury heard how Bassi already had previous convictions in 2009. These were conspiracy to supply drugs and possession of ammunition without a certificate.

He eventually served a 10-year sentence for the charges.

His defence lawyer, Balbir Singh, claimed his client was further down the supply chain than officers believed. He also mentioned how Bassi stayed away from trouble for 4 years after his release.

However, the judge still concluded the dealer had a major role in the drugs operation.

“Bassi was a major distributor of class A drugs in the West Midlands.

“By shutting down his illegal enterprise, not only have we have eliminated a key link in the chain between high end traffickers and street level dealers, but a huge amount of cash has been removed from the criminal economy.”

With the trial now finished, Daljinder Bassi will begin his sentence.

Images courtesy of Birmingham Mail and Express and Star.