Two Indian Women divorce their Husbands to Marry Each Other

Two Indian women have tied the knot in Utter Pradesh after divorcing their husbands and to affirm their lesbian relationship of six years.

"The women are within their legal rights to stay together."

Two women from the Hamirpur district in Uttar Pradesh (UP), India, have divorced their husbands and went on to marry each other in a temple in the Bundelkhand region of UP.

The two women, Deepsikha and Abhilasha, aged 24 and 26, were said to be in love for the past six or so years.

They had met in college and got into a lesbian relationship. However, when their families found out, they were forced to break up with each other and told to quit their studies.

They both then had arranged marriages which they were forced to accept.

Finding it hard to forget each other they continued to have hope for their relationship.

As reported by the Hindustan Times, the two women traded garlands over each other’s necks after the temple ceremony of their same-sex marriage on Friday, December 28, 2018.

A symbolic union in India, after a five-judge bench of the Indian Supreme Court, in September 2018, decriminalised gay sex forcing changes to Section 377 of the Indian Penal Code and also allowing gay people to have the same rights as other Indian citizens.

However, the law does not allow the registration of same-sex marriage which became an issue for this couple. 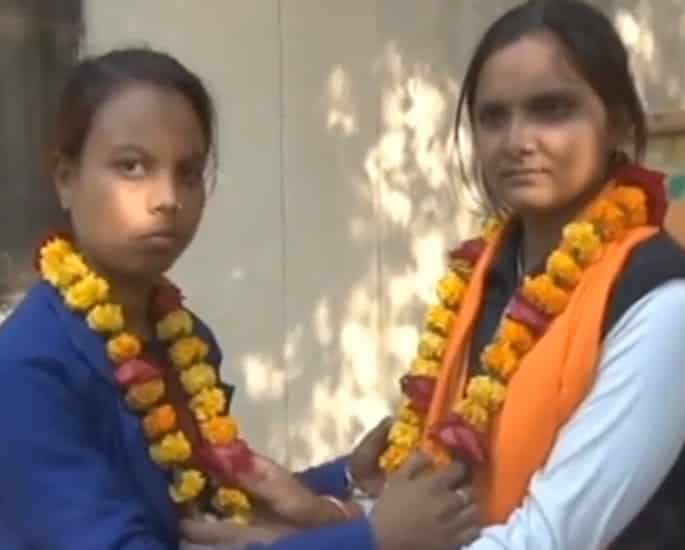 The registrar, Ramkishor Pal, refused to recognise the marriage as official because there is no government order allowing it, saying:

“Two women living under Rath Police Station area of Hamirpur came to my office on Friday and married each other by garlanding one another.”

Pal, who then retired on December 31, 2018, confirming his refusal, added:

“How could I have registered the marriage when there is no such provision?

“Same-sex marriage is not allowed. We don’t even have an online proforma for it.”

Despite same-sex marriage not being legal, the couple were optimistic about future acceptance and want the government to support their rights to be with each other. 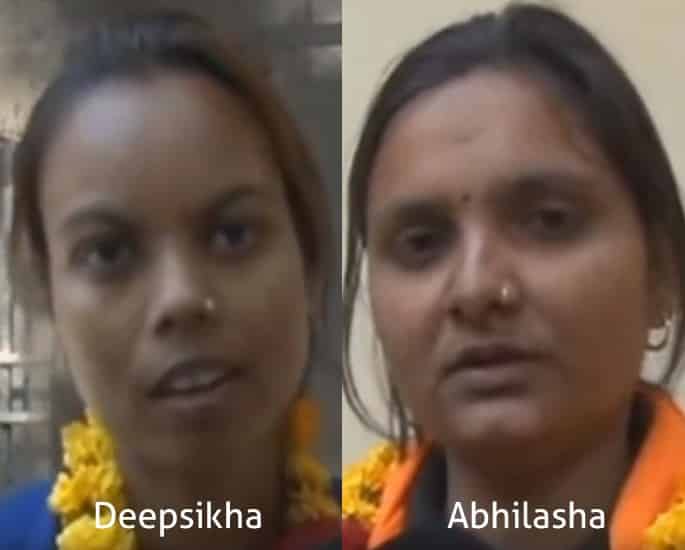 “We both love each other and we want to live with each other.

“Our families were not giving us support to marry, therefore, we hope the government will be accepting of our marriage.

“We should be given the same rights as any other person to live our life.”

“We have been together for six years but our families were not happy.

“We were married off six months after leaving college, but could not forget each other.

“We divorced our husbands and fought a legal battle to stay together again.”

“Our lawyer has told us that since the Supreme Court has done away with Section 377, we can stay together.

“No one can trouble us. We have been living together as a couple for some time now.

Daya Shankar Tiwari, who is the lawyer of the couple said his client is the daughter of a government school teacher, while the other woman is 26-year-old daughter of a labourer.

After the wedding he said they both married on their own wish and commented on their legal status saying:

“The women are within their legal rights to stay together.”

Tiwari said that he will be challenging the registrar’s decision not to legally recognise the same-sex marriage, which could result in a landmark victory for the LGBTQ communities in India.

Amit enjoys creative challenges and uses writing as a tool for revelation. He has major interest in news, current affairs, trends and cinema. He likes the quote: "Nothing in fine print is ever good news."
Indian Gang Caught Trying to Smuggle Gold worth Rs. 95 Lakh
Bradford Man jailed for £60k Shopping Spree after Card Glitch