Five people have been charged with the murder of 19-year-old law student Aya Hachem. Her killing shocked the town of Blackburn.

"we have now charged people in connection with Aya’s murder"

The drive-by shooting of Aya Hachem in Blackburn shocked the UK. Five people have now been charged with her murder.

Miss Hachem, a second-year student at the University of Salford, had been walking home after shopping at Lidl in King Street at 3 pm on May 17, 2020, when she was hit by a shot from a passing Toyota car.

The first of two shots fired hit a building, however, the second hit the 19-year-old in the chest.

Emergency services were called to the scene but Miss Hachem sadly died in hospital.

Feroz Suleman, aged 39, of Shear Brow, Blackburn and Abubakir Satia, aged 31, of Oxford Close, Blackburn, have been charged with murder and attempted murder.

Suleman is the boss of RI Tyres firm in Blackburn which has three branches including one in King Street.

Following an application by Lancashire Police, a closure order was issued for the business for up to three months. 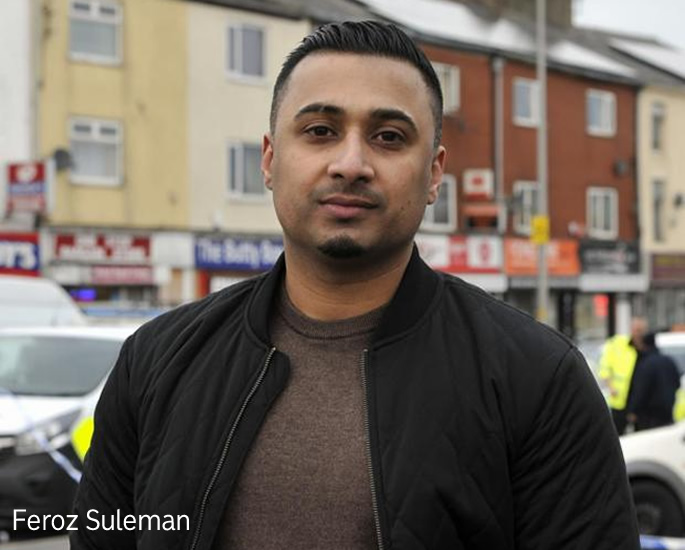 Several others were also arrested.

Two men aged 33 and 36 were arrested on May 18, on suspicion of murder and attempted murder. They were released on bail pending further enquiries.

On May 22, police arrested a 22-year-old man from Blackburn on suspicion of murder and attempted murder. He remains in custody.

“While we have now charged people in connection with Aya’s murder, our enquiries are very much on-going.

“I would like to thank all those who have come forward to assist with our investigation so far and to continue to encourage people to come and speak to us if they have information.”

Miss Hachem’s parents paid tribute to her as the “most loyal devoted daughter” who “dreamed of becoming a solicitor”.

They said: “We are absolutely devastated by her death and would like to take this opportunity to plead with any members of the public who may have any information however small that may bring those responsible to justice.

The five suspects appeared at Preston Magistrates’ Court on May 23.

It was heard that the allegations were so serious that they could only be heard at the crown court and no applications for bail could be made.

The five were remanded in custody and will appear at Preston Crown Court on May 27, 2020.

Dhiren is a journalism graduate with a passion for gaming, watching films and sports. He also enjoys cooking from time to time. His motto is to “Live life one day at a time.”
Violent Gang left Victim Unconscious by the Roadside
Indian Mother arrested for Murder of Daughter & Son-in-Law