Electricity North West is one of the leading energy firms in the UK. We look at why Zaid Jasat chose to work in the energy sector as an apprentice.

"You actually get paid to learn, whereas in most cases you pay to learn."

Ever wondered what it’s like to work in the Energy and Utility sector? For many British Asians, this may not even be an obvious choice of career, however, it’s a choice made by Zaid Jasat. He decided to join Electricity North West as an apprentice.

This includes the inspection and maintenance of assets such as 8,000 miles of overhead lines, 26,000 miles of underground cables and 38,000 transformers.

The energy sector is an industry which is always developing for the better and recently has seen many people join the industry.

This makes the sector the biggest in the UK, especially since electricity is provided to millions of homes.

Why the Energy Sector? 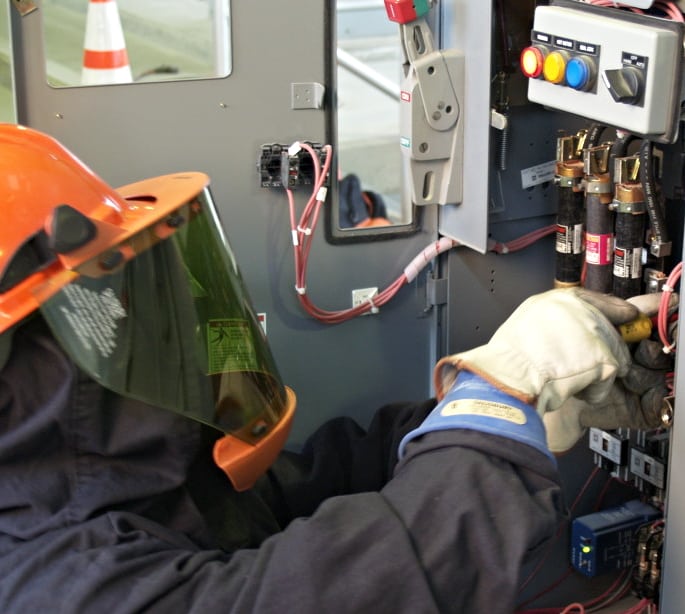 Now, most would think that working in the energy sector is all about engineering and technical abilities. But it’s not. The sector offers a plethora of roles, from customer services to technical areas, which highlights its diversity.

This is a major reason why 20-year-old Zaid Jasat joined Electricity North West.

At Electricity North West’s Blackburn training academy, Zaid spent a lot of time learning about the varied number of roles within the business.

One major positive within Electricity North West is that they offer a good number of apprenticeship schemes, giving Zaid some options.

The energy sector as a whole is one of the fastest growing industries for apprenticeships. Over 2,000 young people have taken on an apprenticeship in the industry.

Apprentices receive professional training in the industry while being supported by the highly-qualified training staff.

On-the-job experience will develop each and every apprentice’s electrical skills for them to succeed in the industry.

It is a three-year process where after, apprentices will have completed a Level 3 Power Network Craftsperson Apprenticeship.

The apprenticeship provides those with enough experience and quality training.

A benefit for undertaking an apprenticeship with Electricity North West is that many apprentices go on to take a permanent role with them.

Zaid’s manager believes he can go on to big things within Electricity North West.

“At the current moment in time, I believe my manager aspires for me to be a project manager or construction engineer.”

Zaid knew an apprenticeship would help him broaden his career aspirations. 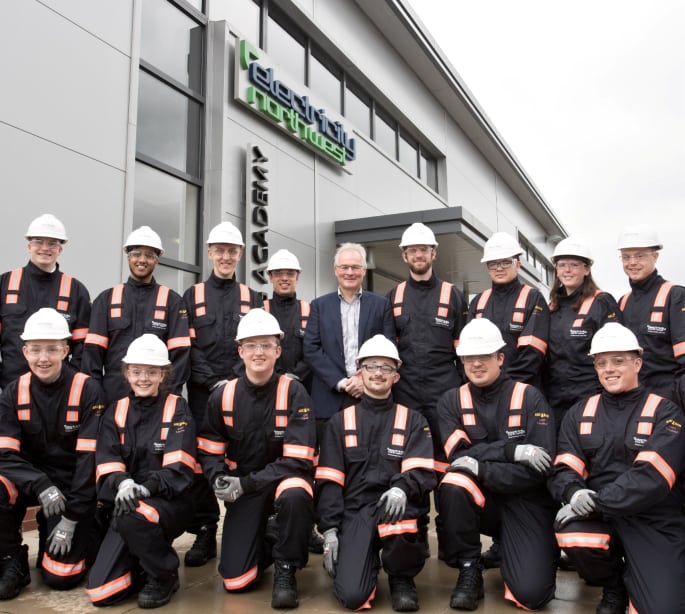 Apprenticeships are a higher education choice which many British Asians do not undertake, as expected parents play a major role and essentially have expectations.

Thus, many young British Asian people are encouraged to follow the protocol of going to University to seek ‘safe professions’ or going straight into a job after leaving school, which provides a viable income.

In 2017, it was found that only 4% of British Asians took on an apprenticeship. A number which really needs to grow with increased awareness of the positive career path an apprenticeship can offer.

Zaid strongly believes his decision to choose an apprenticeship has opened up learning opportunities he did not know existed, saying:

“Apprenticeship schemes are a great way to learn on the job training and further yourself in your chosen career.”

But it’s not just about the on-the-job learning, apprenticeships offer an income as well.

Apprenticeships in the energy sector provide a competitive starting salary.

Zaid highlights that doing an apprenticeship has one major benefit as opposed to going to university, saying:

“You actually get paid to learn, whereas in most cases you pay to learn.”

“I have never wanted to go, it has never been an idea for me and that is still true to this day.”

Becoming an apprentice was a more attractive choice for Zaid:

“I knew it was something I wanted for my career since I left high school.”

Zaid is thoroughly enjoying his apprenticeship scheme with Electricity North West, which is giving him the chance to work and learn in a constantly changing and evolving industry.

Growing as an Individual 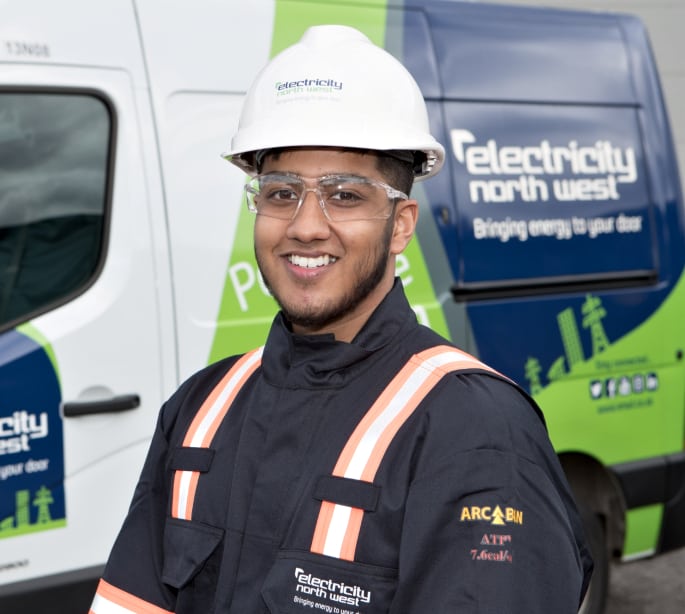 The energy sector is a fast-paced and innovative working environment making it a thrilling sector to work in with new learning experiences.

Joining an established company like Electricity North West is something which will elevate his career choices in the future.

Zaid chose to do an apprenticeship with Electricity North West because of their ambition to be the best.

The company thrives on taking apprentices to provide an opportunity for young people.

Electricity North West’s apprenticeship scheme has been run for 11 years and has developed more than 200 apprentices, many of which go on to work with the company.

“Our apprentices make a huge contribution to our organisation and we have a responsibility to the next generation to create opportunities.”

The company’s drive and determination were two huge factors which grabbed Zaid’s attention during his interview.

It is a challenging industry but a very rewarding one, because everyone, no matter how experienced they will learn new skills.

The demand for electricity is expected to double by 2050, so they are always looking to employee ambitious people.

Electricity North West has many employees who enjoy working for the company due to the busy environment.

This was pointed out by Zaid when he went for his interview:

“The people who work here have been here for years which show it’s a fantastic company to work for.”

“What I’ve enjoyed the most has to be the atmosphere and people within the business, everybody is so friendly and helpful.”

The company intends to invest £1.9 billion by 2023 to that they continue delivering affordable services to the customer.

Away from his role at North West Electricity, Zaid is a huge sports fan, both watching and playing, saying:

“I have won many trophies playing in sports competitions from football all the way to table tennis.”

Zaid still plays sports but less often due to a recent knee injury.

He also tries to help out those less fortunate than him as he contributes to charity whenever he can:

“Helping the less fortunate really brings you down to earth and highlights how grateful we should be.”

Choosing an apprenticeship with  Electricity North West has opened up an enjoyable career path for Zaid Jasat.

An apprenticeship is ideal if you do not want to pursue further education at University and are looking for a role which includes a mix of real work, development and a salary.