Deepika and Ranveer get Intimate for Vogue India

Bajirao Mastani stars, Deepika Padukone and Ranveer Singh, get up close and personal for the October issue of Vogue India, igniting a future couple alert!

The Bollywood grapevine suggest that the couple are soon to be engaged!

The hottest duo in B-Town have united for the latest Vogue India cover.

Beauty queen Deepika Padukone, and heartthrob Ranveer Singh pose intimately for the October issue of the magazine, adding fire to those dating rumours.

Ranveer grips tightly onto the seductress, who wraps herself around the 30-year-old actor.

Their chemistry is enthralling for us to see, and makes for a captivating cover. 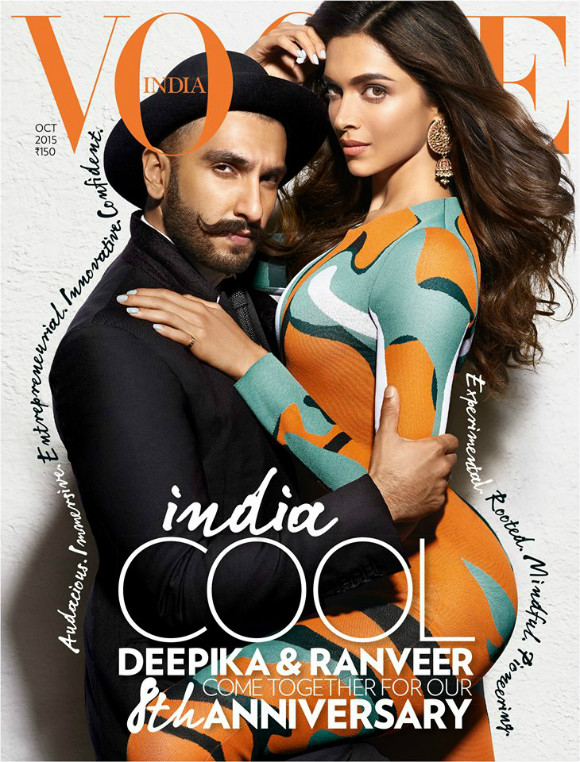 Of course, the pair have not joined forces for the sake of it.

They will soon be seen playing lovers in the historical romance drama, Bajirao Masatani (2015), set to be released on December 18, 2015.

This isn’t the first time we’ve seen these household names get hot and heavy together for a movie, as we saw in Ram-Leela (2013).

Whilst their on-screen romance is one that is captivating to watch, their off-screen relationship is being kept firmly under wraps.

Whispers in the Bollywood grapevine suggest they are soon to be engaged as early as February 2016!

They may remain stiff-lipped about the actuality of their relationship, but fans alike will be left wondering how much of their on-screen chemistry is legit.

Aside from being involved in the B-Town rumour mill, Deepika has been making waves for herself in another field. 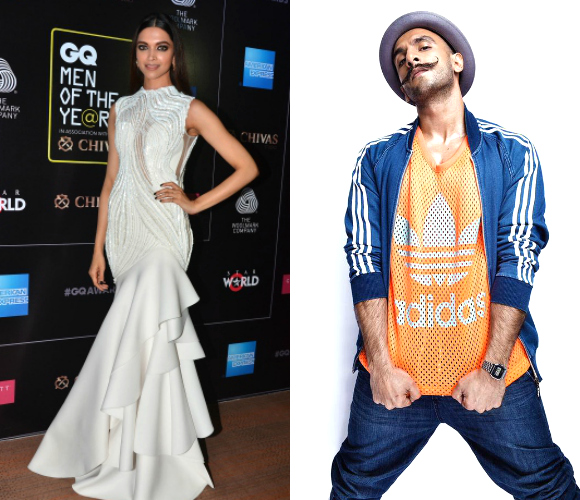 At the 2015 GQ Men of the Year Awards, the Chennai Express (2013) star walked away with the Woman of the Year award.

Ranveer has also been kept busy as the new face of international sports brand, Adidas.

It looks as though this power duo are a force to be reckoned with!

Although they differ in personalities, they certainly look good together, as the Vogue India cover proves.

Together or not, this photoshoot looks unbelievably hot and sultry, and we are not complaining to see the two embracing!