"This reality TV show allows me to come before you as myself."

Hailed as the biggest show on Tamil television, the first episode of Bigg Boss Tamil 2 introduced 16 contestants on 17th June 2018.

Amongst them is a list of well-known public figures. These include actresses Yashika Aanand, Mumtaz, and Aishwarya Dutta.

The lavish house set is situated on the outskirts of Chennai city in the studio complex, EVP Film City. EVP Film City is located in Chembarambakkam in the Tamil Nadu region.

The reality TV show is back for its second season and looks set to be much more of a success than the first season.

Similar to 2017, this season will also be hosted by Kamal Haasan and broadcast by Star Vijay television network every day at 9pm. 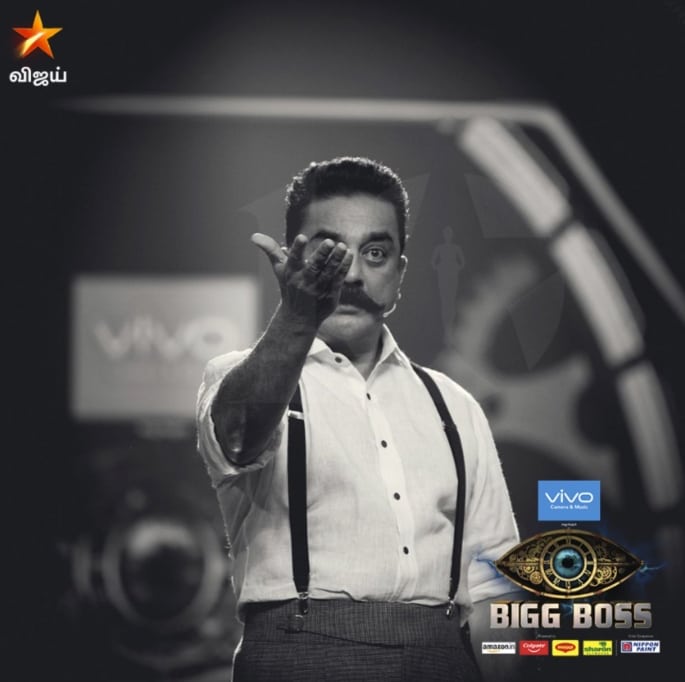 According to The Indian Express, Kamal Haasan is using his position as host on the popular TV series to reach a wider audience. Addressing fans of the show at the EVP Film city, Haasan said:

“The happiness that I derive from getting so much love from you by being just myself is more than what I have received in the last 60 years.

“There is a lot of things for us to accomplish together and I have a lot to say. So I will use this platform for this. Some will describe it as self-interest but I call it public-interest.”

“I was asked why I do this television show. They don’t understand that this show gives me an opportunity to talk to so many people.”

“Why can’t you use cinema to communicate with people?

“I use to appear in front of the people as a Vikram or a Saktivel. I can only talk like the characters I play. You could have just seen the glimpses of my actual self in my characters. But this reality TV show allows me to come before you as myself.”

Whilst Hassan may have political interests behind his position as host for the season, it seems the audience has taken quickly to his new attitude.

In 2017, the first series had an unimpressive start with audiences as Hassan’s jokes were deemed self-indulgent.

Now it seems the host has a new-found confidence that is pulling in big audiences. Another factor that is sure to attract more viewers is the star-studded line-up of contestants.

Whilst the first series of the show has been criticised for its lacklustre launch, this season has introduced conflict from the very beginning.

The entrance of Bhalajie and his estranged wife, Nithya, is sure to keep things interesting. 2017 saw the couple separate after a public fight between the two caused them to undergo legal battles.

The first episode launch also welcomed an array of actors and actresses into the house. Yashika Aannand is known for her recent role in the comedy horror film Iruttu Araiyil Murattu Kuthu, whilst Aishwarya Dutta who made her acting debut with Tamizhuku En Ondrai Azhuthavum.

Other actors now in the Bigg Boss house include Ponnambalam who has a preference for playing villains, Mahat Raghavendra, and Daniel Annie Pope.

Not to mention, last years fan favourite, Oviya has been sent in as a guest. Current housemates believe she will be competing to win season 2 however, she will only remain in the house for a few days.

Scroll below to see the full list of stars entering the house. 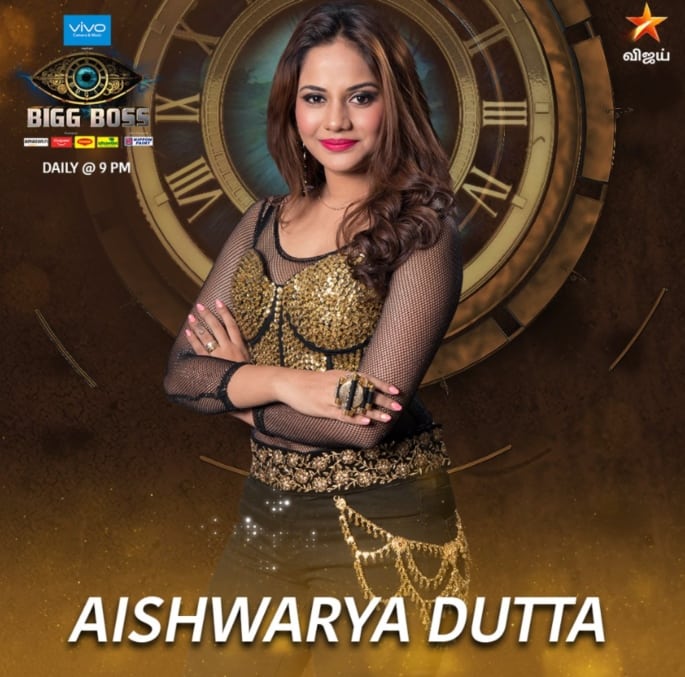 Known best for her appearances in Tamil films, Dutta now turns her attention to reality TV.

However, since then she has gone on to star in several other films.

We’ve seen her in the action thriller Paayum Puli, the mystery film Aarathu Sinam, and in Marainthirunthu Paarkum Marman Enna, to name a few. 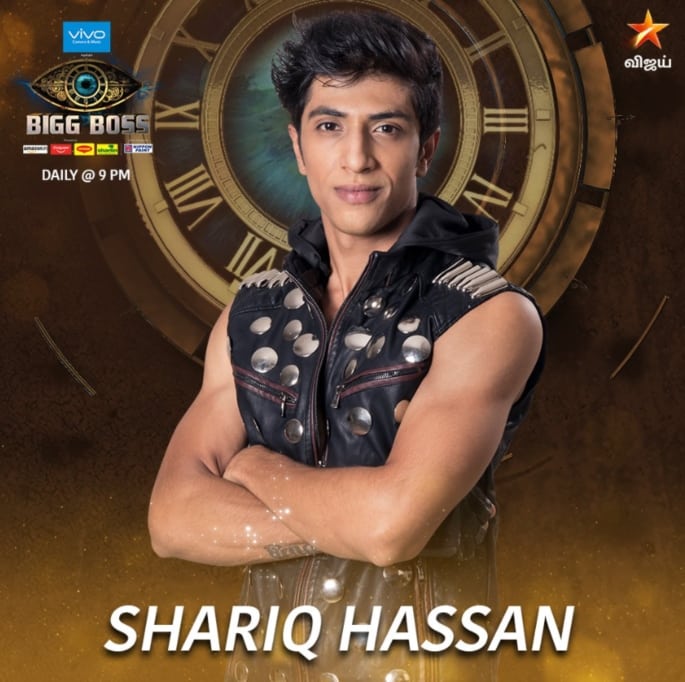 Son of Riyaz Khan and Uma Riyaz, Shariq follows in his parent’s footsteps by also entering the film industry.

So far, Shariq has starred in the Tamil mystery thriller Pencil (2016) alongside G. V. Prakash Kumar and Sri Divya.

With only one film under his belt, we wonder how participating in Bigg Boss Tamil 2 will change Hassan’s aspirations.

Perhaps we will see him leave the film industry for the reality TV circuit. 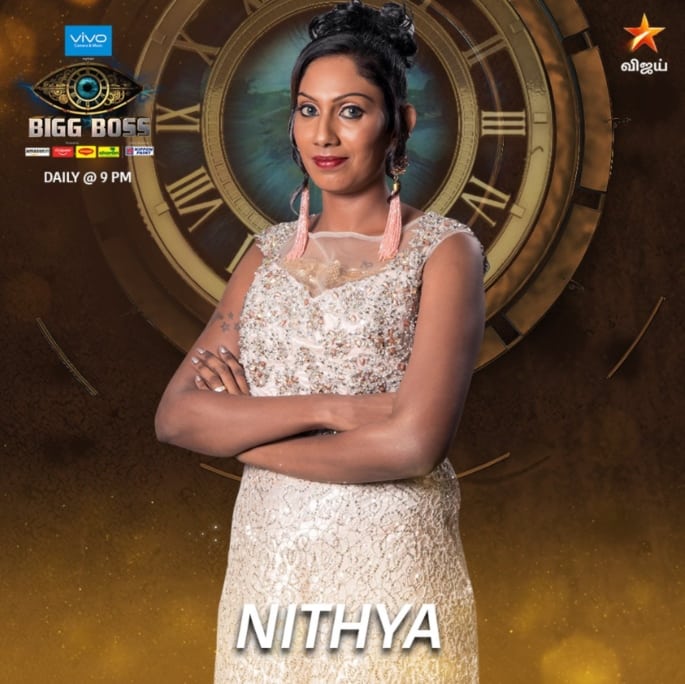 The 30-year-old actress and playback singer, Nithya, comes into the house after her volatile separation from comedy actor and TV host Thaadi Balajie last year.

Unfortunately, Balajie will also be joining her in the house so there’s no escaping the divorce drama.

Nithya has been acting since 1998 with her first role in The Monkey Who Knew Too Much. She’s since grown her portfolio of films to over 45 films to date. 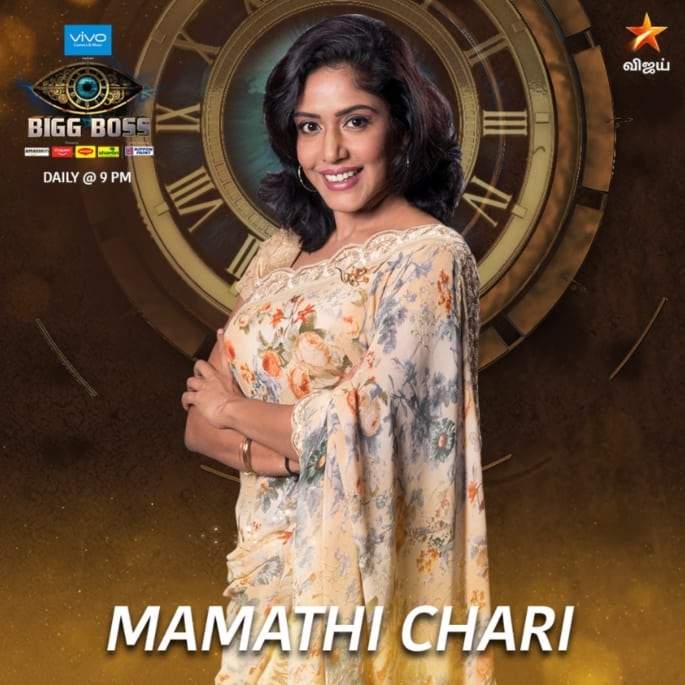 The multi-talented Chari is an actress, radio jockey and a television presenter.

She made her debut in ‘Hello Tamizha’ a talk show also hosted by Star Vijay TV.

She has also appeared on Jillunu Oru Jodi and Rani Maharani and is well-known for her role in the Vani Rani serial. 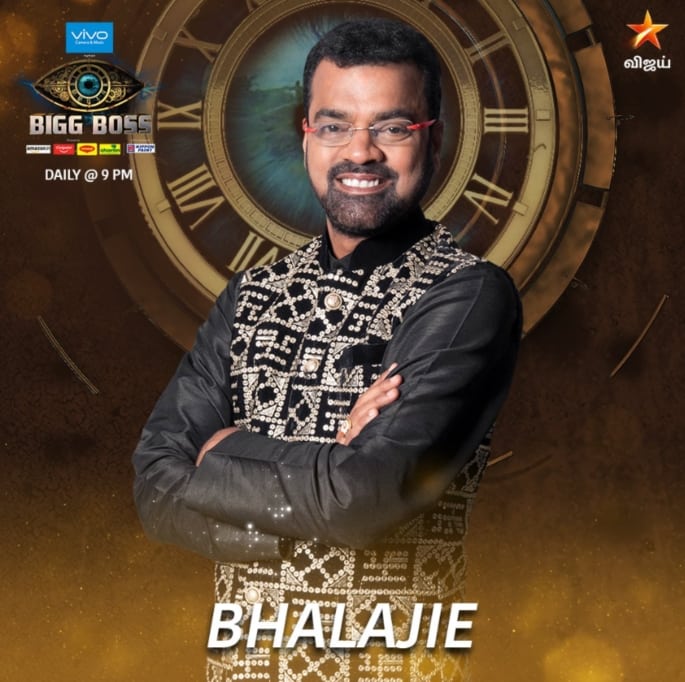 Thadi is a popular film actor and television anchor. As previously mentioned, he will be joined in the house by his estranged wife Nithya.

The 40-year-old actor has featured in many Kollywood films over his career. This includes his debut performance in Thavam. 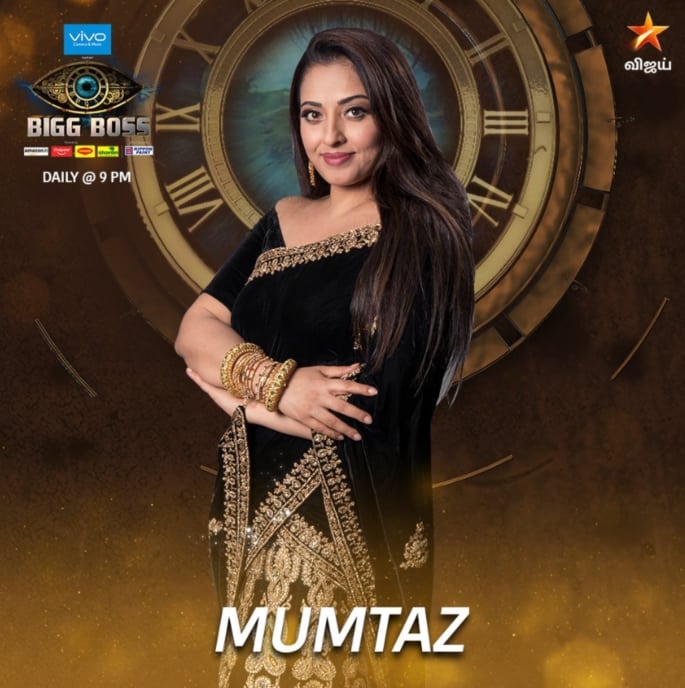 Mumtaz is both a model and an actress. Her first role was in the 1999 film Monisha En Monalisa.

Since then, her career has progressed spectacularly and she now has a wide array of films under her belt.

She is known best for her work in Tamil and Telegu cinema. She is also no stranger to Star Vijay.

For the reality dance competition Boys Vs Girls aired by Star Vijay, Mumtaz was a judge in the first season. 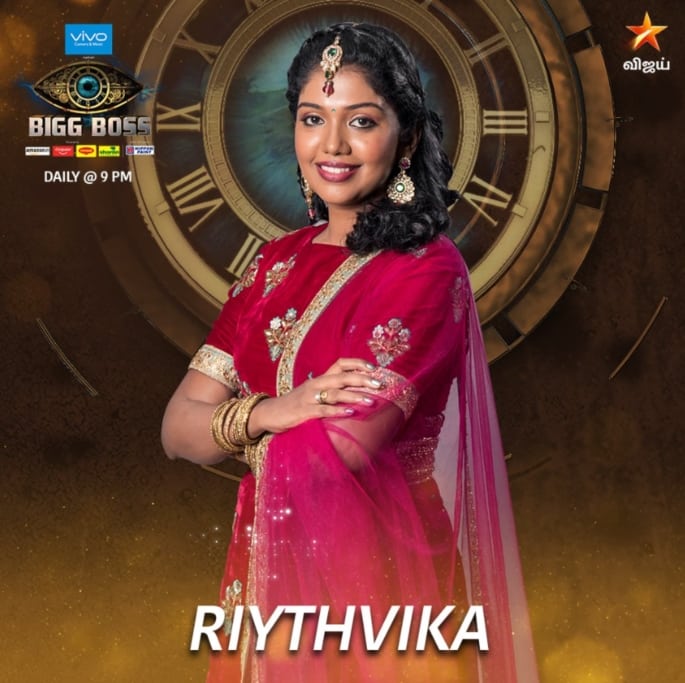 25-year-old Riythvika is another actress that will star in Bigg Boss Tamil 2.

Her first role was in the period drama film Paradesi in 2013.

She has gone on to have a successful career in the film industry, starring in 12 films since Paradesi. 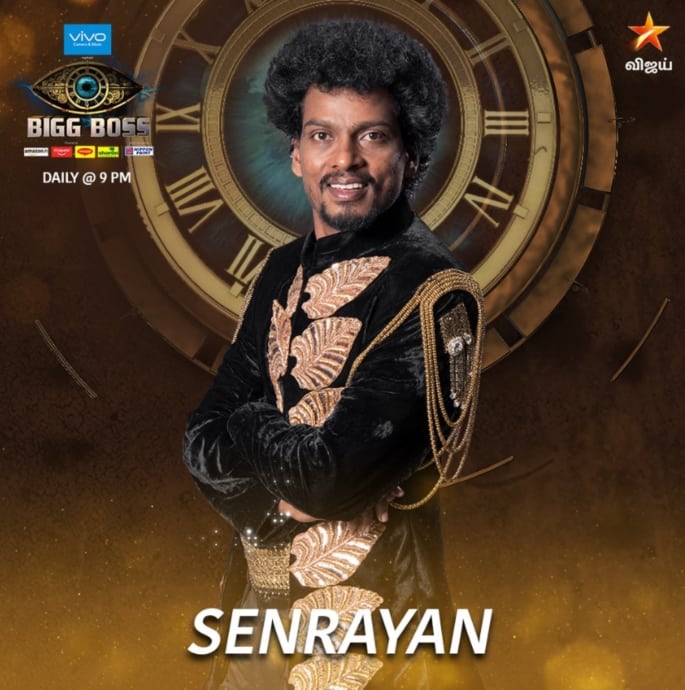 Senrayan is also an actor. He played a young criminal in his breakthrough film, Moodar Koodam (2013). 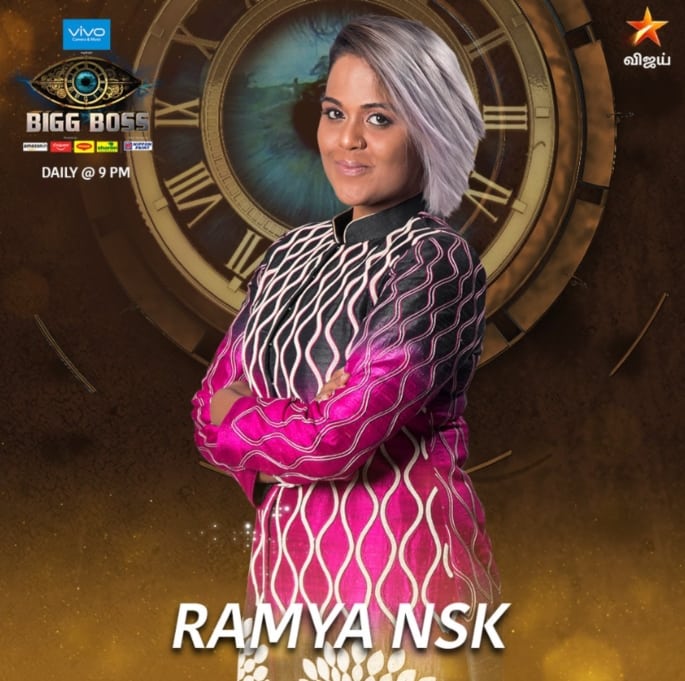 Ramya Nsk is from Tamil Nedu and is a playback singer.

She seems to have entertaining in her blood as she is the granddaughter of comedian N. S. Krishnan and actress and singer T. A. Mathuram.

She has had and continues to have a successful career as a singer for Indian cinema.

Nsk has voiced songs in a large number of films since began her playback singer career in 2006. 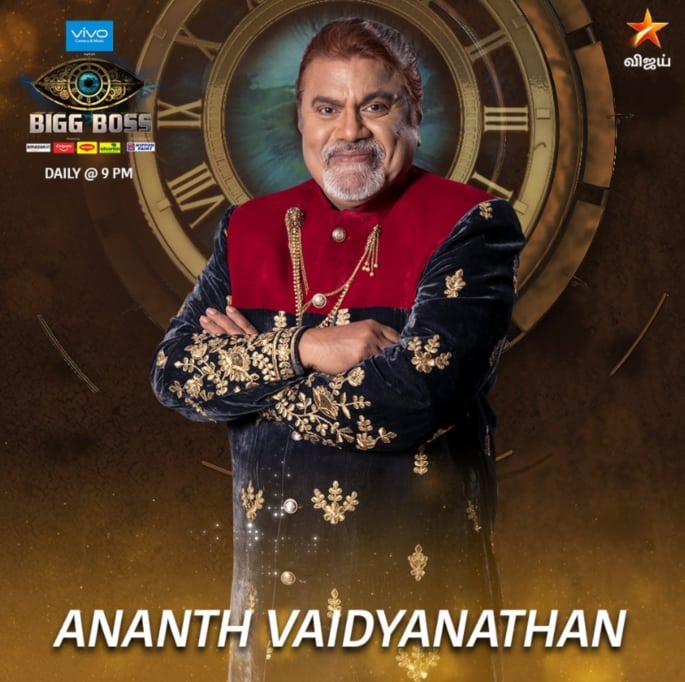 Ananth began studying music at a young age and has since become a voice expert in India.

He is well-known for his role on the reality TV singing competition, Airtel Super Singer, as he provides voice training for the contestants that feature on the show.

He should fit right in with another reality TV show. 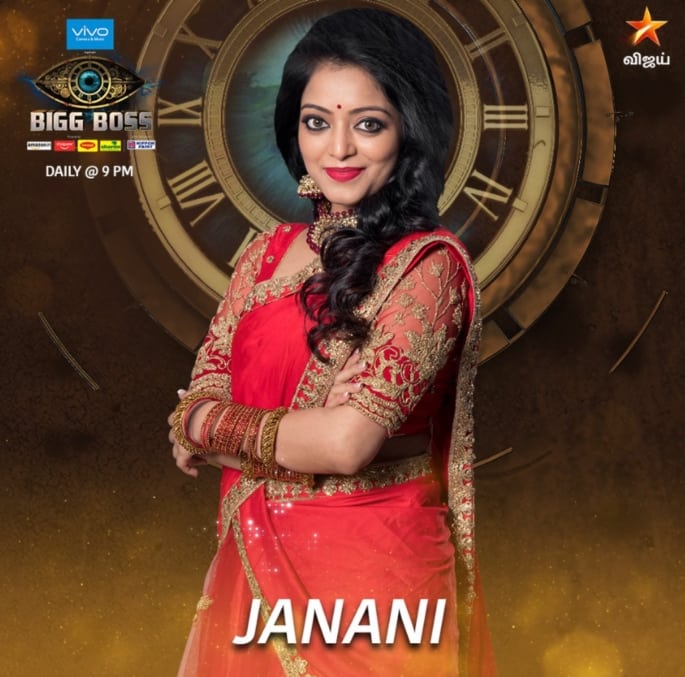 Janani is an actress who is well-known for her performances in Tamil and Malayalam cinema.

She made her way onto the screen after first modelling alongside her studies and appearing in 150 television advertisements before she was signed by a director.

Since 2009, Janani has been in 16 films. This includes her performances in comedy-drama Avan Ivan (2011) and her role in the 2017 horror comedy Balloon. 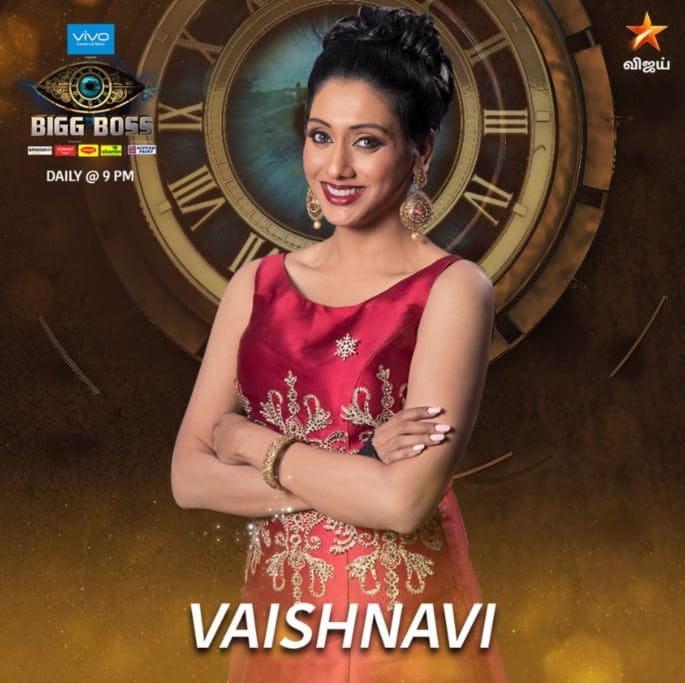 Vaishnavi is yet another actress that has entered the Bigg Boss Tamil 2 house set.

She has starred in many TV serials along with a handful of films.

Her film performances include her role in the slasher film Whistle (2003) and her part in the family drama Kadhal Sadugudu from the same year. 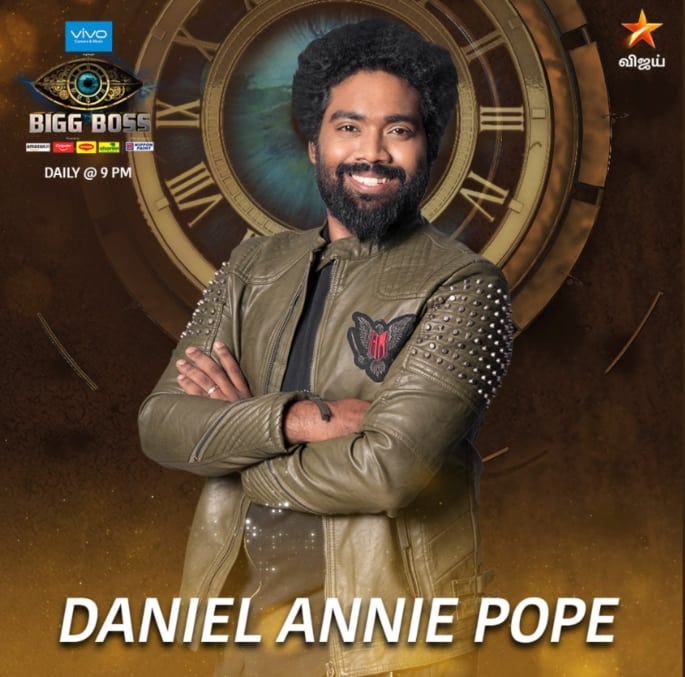 Pope has also entered the reality TV show this year. Pope’s career as an actor really took off in 2017.

2018 was a similarly successful year for the 31-year-old actor as he starred in another 5 films.

He has played roles in the action crime drama Rangoon (2017), the comedy-drama Kaathadi (2018), and the black-comedy drama Oru Nalla Naal Paathu Solren in the same year. 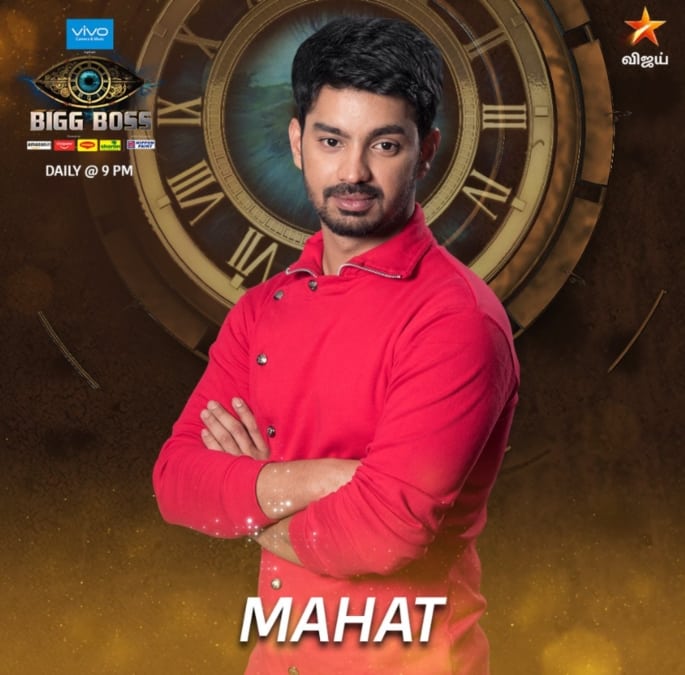 Mahat is yet another actor who primarily works in lTamil and Telegu cinema.

He is best known for his part in the black comedy heist film, Mankatha.

His acting career began in 2006 with his role in the romantic thriller Vallavan.

He has featured in 12 films and is currently working on two films to be released in 2018. 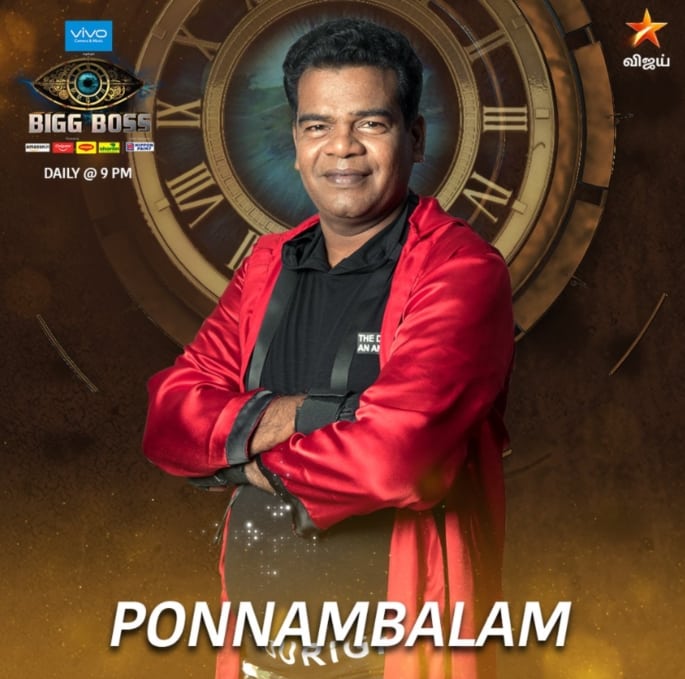 Ponnambalam is an actor who began his career as an extra fighter.

He seems to play antagonists in many of his films, as well as adopting many supporting roles.

The actor has starred in an impressive portfolio of films starting in 1988, Ponnambalam continues his career up until the present day.

From his first role as a prisoner in Kaliyugam through to his upcoming role in Pei Irukka Illaya in 2018. 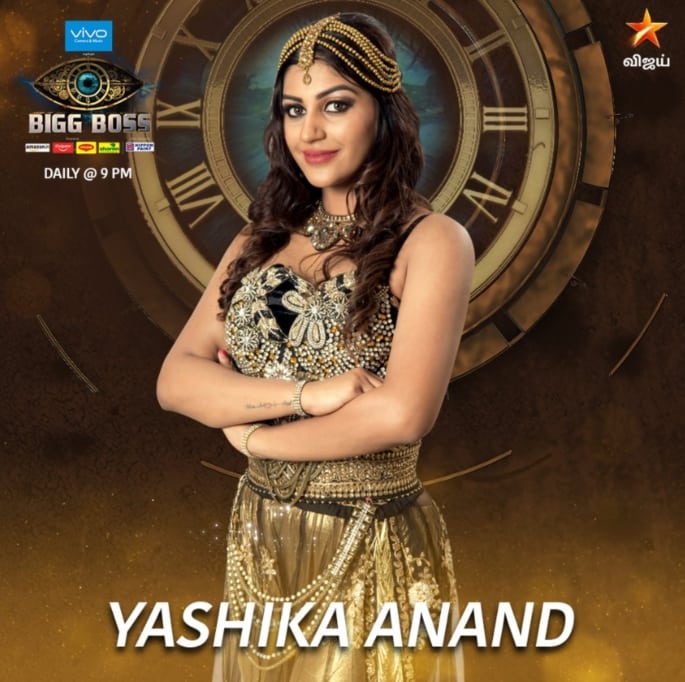 Anand is an Instagram model as well as an actress. Yashika is just 18-years-old and she has already taken the Tamil cinema industry by storm.

She gained popularity through Instagram and then landed a big role on Dhuruvangal Pathinaaru (2016) that began her acting career in Kollywood.

We can’t wait to see all of the upcoming drama on Bigg Boss Tamil 2 that we are sure to see from this bunch of contestants.

With so many of the contestants coming from backgrounds in acting, a bit of drama is inevitable.

You can keep up to date with all the entertainment and drama going on in the house by watching them every day at 9pm on Star Vijay.