British Asian Actors that Made it Big in the US

Ethnic minorities can often find it difficult to break into a typically white industry such as Hollywood. But these British Asian actors have proved themselves through their talent and dedication, becoming successful stars in their own right.

The South Asian community has flourished in numerous industries in the UK. Over the years we have seen countless talented individuals portray memorable characters in British films.

As time has gone by, certain actors have marked their position not only in British films but in successful Hollywood films produced in the United States.

They have won over audiences with their onscreen presence, strong performances, and lovable characters. There’s no doubt that they will continue to conquer the US film industry.

DESIblitz explores the British Asian actors who have made it big not just in the UK, but also in the US. 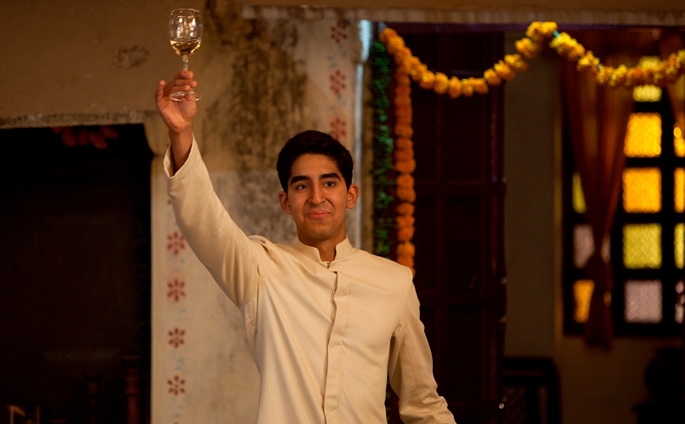 Ever since his Skins days, Dev Patel has truly become an international star. Dabbling as a young TV actor for much of his early years, he was eventually picked up by filmmaker Danny Boyle.

Bursting onto the film scene with the critically acclaimed Oscar-winning movie Slumdog Millionaire in 2008, Dev left a lasting impression on audiences across the globe.

After performing in the successful movie The Best Exotic Marigold Hotel (2012), he featured in a few more Hollywood films such as Chappie (2015) and The Last Airbender (2015).

He then went on to star in the critically acclaimed biographical film, Lion (2016). It tells the true story of an adopted teen growing up in Australia who goes in search of his real family in India.

His Oscar-nominated performance even earned him a BAFTA for ‘Best Supporting Actor’.

Working alongside the big names of Nicole Kidman and Rooney Mara, Dev Patel has himself become a well-established name within the US film industry. 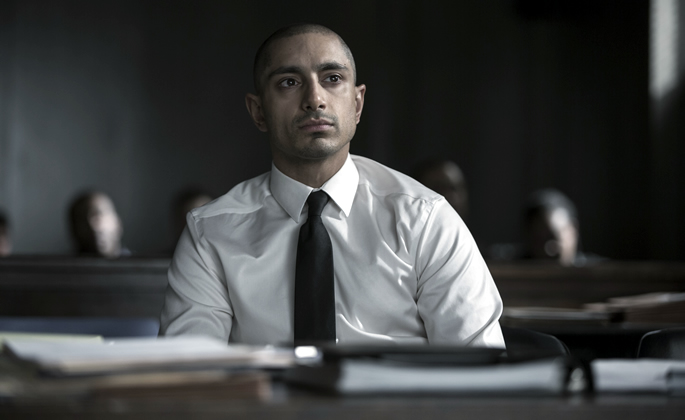 Riz won over the British audience with the satirical dark comedy Four Lions (2010). He has come a long way on his journey to international stardom.

Known for many years as his rapper name, Riz MC, Ahmed’s talents have led him to dabble in various creative fields including music and acting.

Soon after playing Omar in Four Lions, Ahmed starred as the overbearing Jay in Trishna alongside Freida Pinto. The actor then went on to star in an adaptation of Mohsin Hamid’s The Reluctant Fundamentalist, directed by Mira Nair.

The iconic role cemented Riz’s ability to explore the complexity of ethnic characters who find themselves discriminated against by the West. It was such a role that will have certainly set him on the path of HBO’s eight-part drama series, The Night Of, for which Riz won an Emmy.

Displaying his versatility in films such as Nightcrawler (2014) and Jason Bourne (2016), it comes as no surprise that Riz is at the top of his game right now.

From independent British movies to starring in Rogue One: A Star Wars Story (2016), his climb to the top is a result of his impeccable performances.

Adding to his fame in the United States is his charming personality. Whether that’s him rapping on the ‘The Tonight Show’ with Jimmy Fallon or making us laugh on ‘The Late Late Show’ with James Corden, his popularity is only enhanced by his off-screen charm.

He was also named as one of TIME’s Most Influential People in 2017 and is also a member of the British-American hip-hop group Swet Shop Boys.

In the future, audiences can look forward to his upcoming role in Venom (2018). Riz plays an experimental Doctor who changes Eddie Brock (played by Tom Hardy) into Venom. 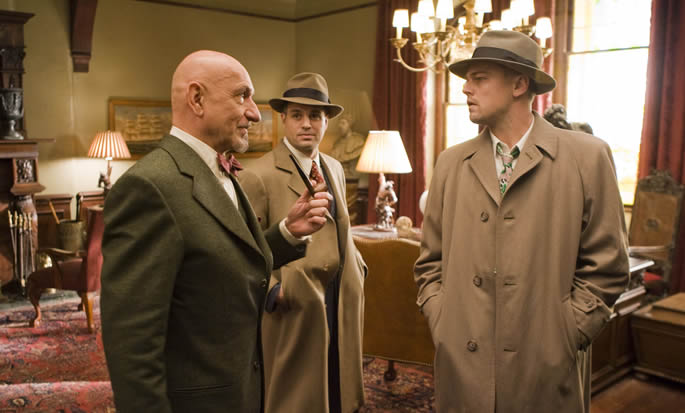 Born as Krishna Pandit Bhanji, this actor is now better known by the name Ben Kingsley. Kingsley changed his name after seeing it as an “impediment” at that time in becoming successful in the industry.

Despite this, Kingsley is one of the most well-known British Indian actors.

With a career spanning over four decades, Sir Ben has given us amazing performances in smash hit blockbusters. Perhaps his most memorable performance was his portrayal of the iconic Indian activist Mahatma Gandhi, in Gandhi (1982), for which he won an Academy Award for ‘Best Actor’.

Kingsley was knighted in 2002 and has since achieved numerous awards including an Oscar, a BAFTA, and two Golden Globes to name a few. As well as winning a BAFTA, he was also awarded the ‘Fellowship Award’ at the Asian Awards in London.

Following this, he has given us many stellar performances. He featured in the likes of Schindler’s List (1993), Shutter Island (2010) and Twelfth Night (1996). Not to mention, he has also worked with Amitabh Bachchan and Dev Patel.

In the future audiences can look forward to seeing Kingsley in a reimagining of Ibsen’s play A Doll’s House (1879). Directed by Charles Huddlestone, Kingsley plays Dr Rank. This tale of a woman and her overbearing husband is being brought to viewers in 2018. 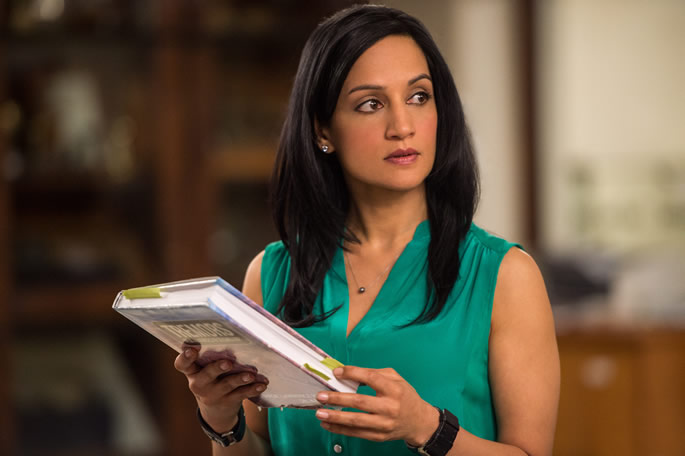 Archie Panjabi quickly earned widespread popularity after featuring in several British comedy smash hits like East is East (1999) and Bend it Like Beckham (2002). The comedies were an instant hit with British audiences.

She followed this up with great performances in US television and films. Most notably as Kalinda Sharma on The Good Wife (2009-2016). Her performance here resulted in her winning a Primetime Emmy award and a Golden Globe nomination.

Speaking about her ethnicity, Archie uses the lack of ethnic minorities in Hollywood to spur her on. She told The New York Times:

“I have always let the lack of Indian actors in the industry drive me, not hold me back. I remember an agent in L.A. telling me a few years ago that an Indian actor wouldn’t ever make it in Hollywood, but my ethnicity has helped me.” 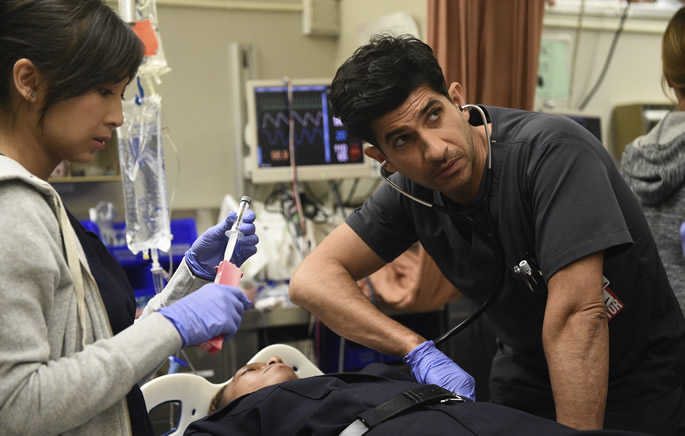 Handsome and charismatic, Raza Jaffrey has displayed his talent in numerous successful projects.

His lesser known roles include starring in popular, long-running TV series between 1999 and 2002. These series include Eastenders and Casualty. His good looks were raved about shortly after he appeared on stage in the West End.

Better known in the UK for his role as Zafar Younis in the BBC One drama, Spooks (2002-2011), he later went onto feature in international projects.

His most famous roles are as Dr Neal Hudson on the CBS drama Code Black (2015-) and as the Pakistani Lieutenant Colonel Aasar Khan in the hit show Homeland (2011-). In 2015, Homeland was nominated for the ‘Outstanding Performance by an Ensemble in a Drama Series’ award.

In 2018 he is reportedly playing an FBI agent in The Enemy Within (2018). The project promises to be just as thrilling as Jaffrey’s previous roles. 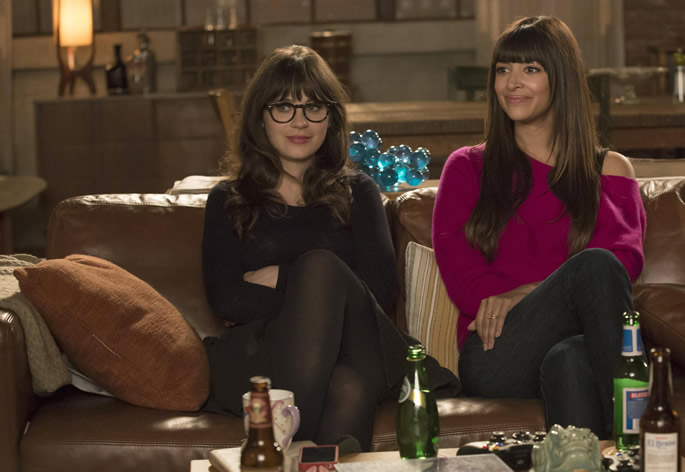 Hannah Simone is well-known in Britain for her best friend role in the New Girl TV series, where she stars alongside Zooey Deschanel. Simone has featured in a number of films and TV series such as the comedy Miss India America (2015). Not to mention, the futuristic TV series H+ (2012).

After moving to Los Angeles, Simone hosted the competitive gaming series WCG Ultimate Gamer (2009-) for two years. In 2012, she was awarded the Teen Choice Award for her role in New Girl.

Simone is now set to star as the female protagonist in a reimagining of the 1981 cult classic series The Greatest American Hero (1981). Playing superhero Meera, the part is being newly reconceived in 2018 for a Desi American woman.

The live-action TV series follows struggling protagonist Meera, as she searches for meaning after discovering her superhero identity. Directed by Christine Gernon, Simone is sure to nail this updated classic. 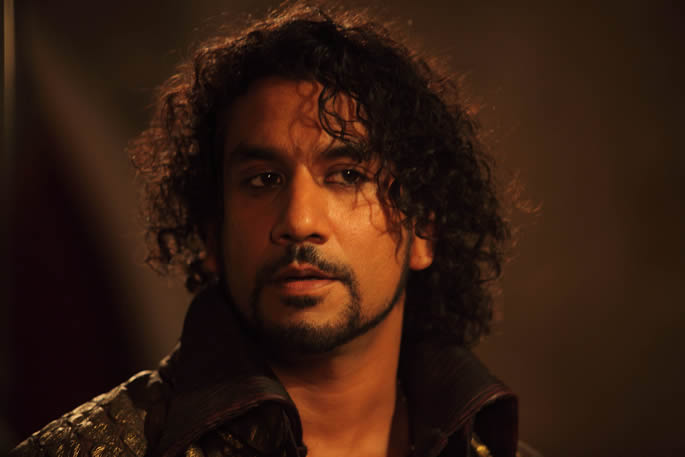 Naveen Andrews was introduced to the world after his role in London Kills Me (1991) directed by Hanif Kureishi.

Following this, he went on to become well-known for playing Sayid in the dramatic US ABC series Lost (2004). As a result, Lost won an award for ‘Outstanding Performance by an Ensemble in a Drama Series’.

Since Lost Andrews has gone onto star in many more TV series including Sinbad (2012). More recently, Andrews starred in the mystery drama Sense8 (2015) where he plays Jonas Maliki.

Despite having much success in the industry, Naveen is keen to highlight the difficulties it can present to ethnic minorities. In an interview with The Guardian, he mentioned:

“It is not easy to get parts in mainstream films for most people of colour. Hollywood and British writers are not writing parts for us, or the directors are not interested in casting us in parts that are colour-blind.”

His efforts to raise awareness whilst having a successful acting career are praiseworthy. Naveen has been nominated for both a Golden Globe and a Primetime Emmy. 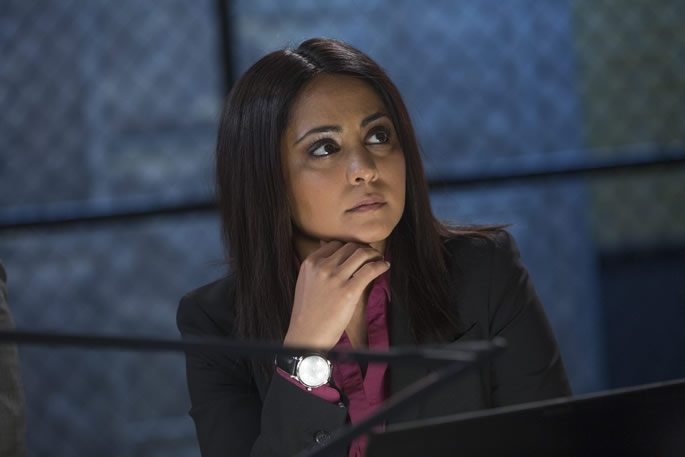 Parminder broke into the American film industry after landing her role in the hit movie Bend it Like Beckham (2002). From this, she won the ‘Best Actress’ award from the Bordeaux International Festival of Women in Cinema.

Not long after this hit, she went on to star in 129 episodes of TV series ER (1994). She played the role of Doctor Neela over the course of six years.

She has also played CIA agent Meera Malik in NBC’s The Blacklist and even starred in Marvel’s Agents of S.H.I.E.L.D. as Ellen Nadeer.

By starring in the family film Ella Enchanted (2004), she has demonstrated an array of acting capabilities. Whether it’s a serious medical drama or a family comedy, Parminder has proven that she can excel at both.

A testament to her acting, Nagra has been nominated for three years by the Online Film and Television Association. She was nominated for the ‘Best Supporting Actress in a Drama Series’ award.

It’s clear ethnic minorities face many difficulties when trying to break into Hollywood. Each actor has overcome a hurdle based on their ethnicity. However, these individuals have also proved that their consistently strong performances connect with the audience and support a long career in the US.

Whether it’s the main lead in Oscar-nominated films or as supporting actors in quirky low budget movies, these British Asian actors have marked their name in the US film industry.