A tale of the fight for rights for coloured people, Freida Pinto and friends rebel against the oppression of racism in Sky Atlantic’s new drama, Guerrilla.

"[Guerrilla] reflects the angst and the passion that people are feeling"

Straight from the mind and pen of John Ridley, the man behind the Oscar-winning 12 Years a Slave, Guerrilla is a thrilling new television drama starring Freida Pinto, Babou Ceesay, Rory Kinnear, and Idris Elba.

Set in London in 1971, Guerrilla tells the story of two activists, Jas (played by Pinto) and Marcus (played by Ceesay) who are involved with the Black Power movement.

A multi-racial couple, they fight for their freedom to live in peace amongst a dominant white race.

Ridley explores what could have been the case if the rebellion movements in the UK resulted in violence in their long journey for equality between races, because of course, “to the people with the guns goes the power”.

From the first episode, viewers are introduced to a version of London that, now, they would never dream of living in.

Racist police show no mercy. They sexually assault victims on the street and use racial slurs in general talk – quickly hitting a nerve for anyone of colour.

We are quickly drawn in by the incredible injustices that the diverse characters face. For instance, Marcus is offered a menial job in transport despite having the qualifications to be an English lecturer at a university. 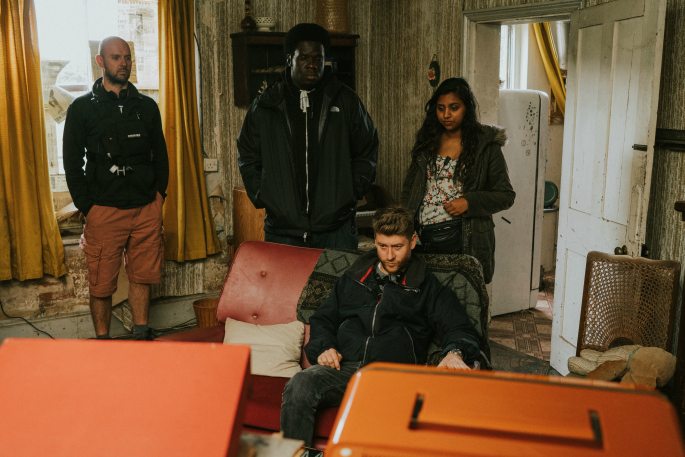 At an advanced screening for the TV series at BFI Southbank, lead protagonists, Freida Pinto and Babou Ceesay join the Oscar-winning director, John Ridley to discuss their roles in the drama miniseries.

Freida Pinto stars as brave protagonist Jas Mitra, who was born-and-raised in India but moved to London. Within the first episode, we discover that her father is in an Indian jail and their relationship is dwindling.

Still tied to her Asian roots, she has a dream-like fantasy of a religious event wherein she and her African-American boyfriend Marcus (Ceesay) are happy and he is welcomed amiably by family: 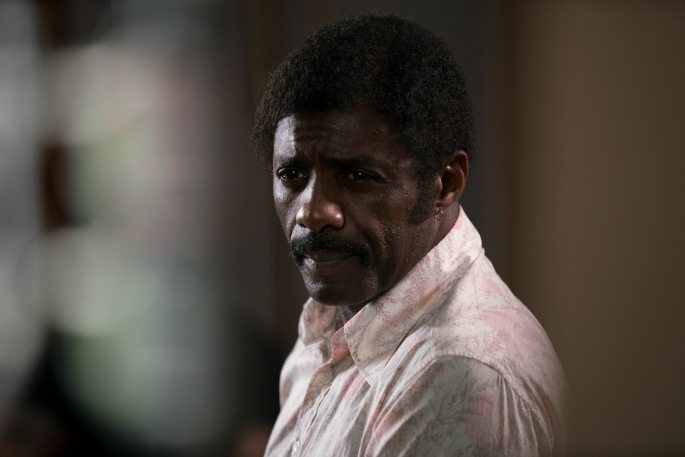 Pinto adds that she and Ceesay are “true partners in crime” and this is what makes them such an active and vivacious couple who are “really at the heart of Guerrilla”.

Interestingly, the talented actress points out that much research had to go into finding out more about the racial divides that existed in the 70s. She explains that she felt “cheated” that she was not taught this part of history that is explored in Guerrilla.

She makes clear that her character Jas was always written to be an Indian woman to reflect the segregation that all minority ethnics underwent.

She enlisted the help of Farrukh Dhondy, activist and author of London Company, in order to help with her own understanding of the time and the troubles many South Asians faced.

Pinto, also known for her role in Slumdog Millionaire, describes Guerrilla as a “human story” and finds parallels in society today: 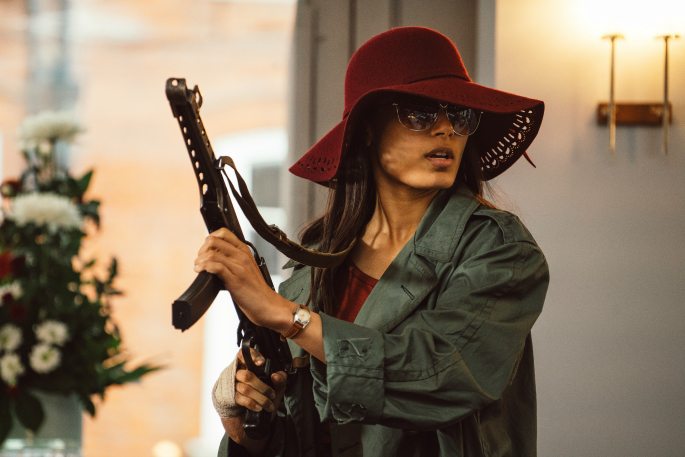 “Whether it’s the recent women’s march, whether it’s protesting against the immigration ban in America, or whether it’s people finally waking up to what Brexit really means… I think it’s all of that and that’s why this show is so important.”

“With a great writer and creator like John Ridley it is a given that none of these events will be trivialised or commercialised and the characters will feel real, almost scarily real, even though the nature of the series is fact meets fiction.”

The other cast members and Ridley are all in agreement on this point. Babou Ceesay states that racism is a “timeless struggle” and Nathaniel Martello-White, who plays Dhari Bishop, adds that it fits the zeitgeist of the time we are living in today under leaders such as Trump, stress caused by Brexit and freedom marches.

Other inspirations to the cast were civil rights campaigner Darcus Howe and photographer Neil Kenlock. Ridley expressed his gratitude for both men and explained that pictures by Kenlock were essential in understanding the struggle today. 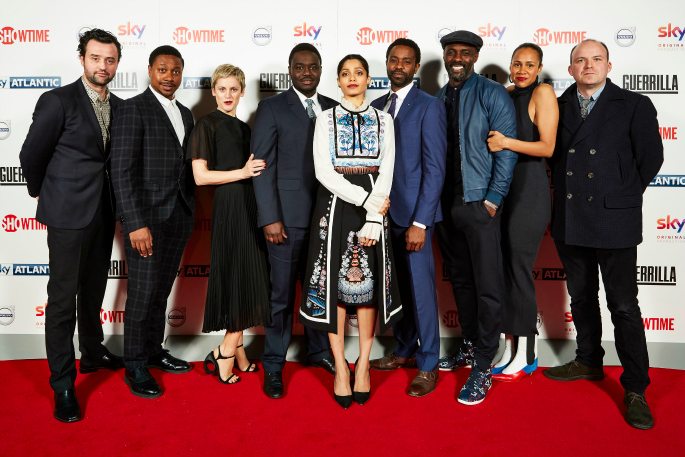 The fast-paced show will keep viewers at the edge of their seats and the non-stop action does well to reflect the sentiments of civil unrest in the tyrannical 70s.

A special mention must go to director John Ridley, who uses creative tricks such as blackouts, awkward shots and flashbacks in order to create depth and layers to the characters and the storytelling.

Other commendable additions include the sepia-like filter and colours, close-ups of different coloured hands embracing and comedic moments to lighten the mood and add character. 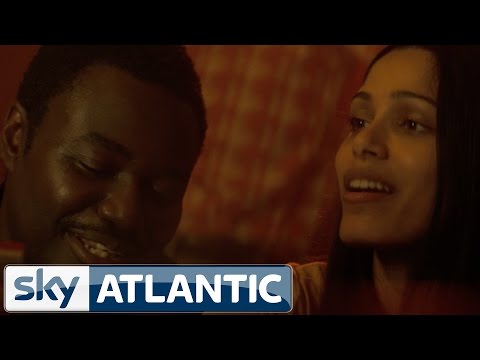 So could there be a second series of Guerrilla?

Freida Pinto says of the season finale: “It would be fascinating to know what happens to the characters.”

The full series of Guerrilla is available for Sky and NOW TV customers from 13th April 2017.

Banned Indian film ‘Lipstick Under My Burkha’ heading to Golden Globes?
Director Ritesh Batra talks Movies and The Sense of An Ending