Prakash Jha’s Lipstick Under My Burkha was chosen as one of Golden Globes official entries at the IFFLA making it eligible to run for the award.

"No one can be allowed to de-legitimise a film for being "lady-oriented. It is wrong, unfair and unjust."

Despite being a progressive, modest story of four Indian women on the lookout for personal and sexual freedom, Prakash Jha’s Lipstick Under My Burkha got a cold shoulder from India’s Central Board of Film Certification.

The film was banned in India for being a “lady-oriented” story that puts “fantasy above life”, once again highlighting CBFC’s notorious ways of limiting filmmakers from telling much-needed, uncomfortable stories.

But while CBFC may have shut its doors on the ambitious project, the Golden Globes have opened their doors for the film.

The film was selected as one of the official entries for the Hollywood Foreign Press Association Screening at the Indian Film Festival of Los Angeles, held from 5th to 9th April 2017. Being selected for an official screening means the film stands eligible to apply and run for the Golden Globes.

Lipstick Under My Burkha has been a strong part of the festival circuit showing at prestigious film festivals like the Glasgow Film Festival and the Miami International Film Festival. 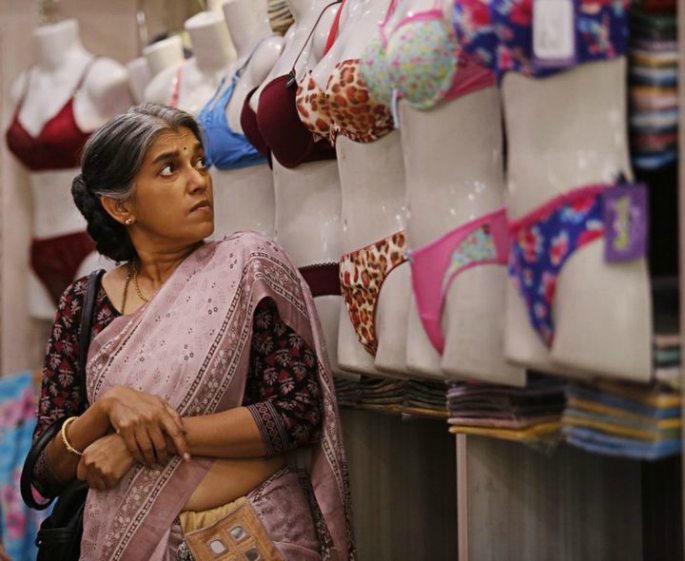 Screened at the opening night of the Indian Film Festival of Los Angeles (IFFLA), it was announced that the film has been officially chosen to be eligible for the Golden Globes:

“We are honoured that the Hollywood Foreign Press Association has chosen our opening night film, Lipstick Under My Burkha, to be an official Golden Globes qualifying screening.

“The director of the film will now have the opportunity to properly plan a Golden Globes campaign should she choose to submit the film for the nomination,” announced Christina Marouda, director of IFFLA.

Watch the trailer for Lipstick Under My Burkha here:

Naturally, the makers of the film and director Alankrita Shrivastava were excited over the Golden Globes nod:

“It is a real honour to have our film be chosen by the Hollywood Foreign Press Association as worthy enough to be eligible for the Golden Globes. I still cannot believe it. I am so glad that the prestigious HFPA thought our film has the potential to run for the Golden Globes,” Shrivastava said.

However, while Lipstick Under My Burkha continues to win international acclaim, the film is still in a war against the authorities on home ground and it appears Alankrita isn’t backing down anytime soon.

“I am and will continue fighting for the film to have a theatrical release in India. Because the issue is much bigger than one film or choosing a mode of distribution — it is about being clear that women’s voices cannot and will not be silenced.”

“No one can be allowed to de-legitimise a film for being “lady-oriented.” It is wrong, unfair and unjust. And absolutely not in keeping with the spirit of the Constitution of India. Why should we be forced to be in a situation where we cannot compete with other films for awards and theatre audiences because of no certification?

“I am fighting for my film to have legitimacy. Why should Lipstick Under My Burkha be forced out of the privilege of public exhibition? We will bring the film to theatres in India,” she added.

Recently, the film was shown to an appellate body that will decide whether to overturn CBFC’s decision and allow it to be released in India.

Only time will tell if the Golden Globes attachment only adds to the push.