Actress Freida Pinto has announced that she is expecting her first child. She took to Instagram to share the exciting news.

"So happy for this beautiful announcement."

Freida Pinto has announced that she is expecting her first child with her fiance, photographer Cory Tran.

The Slumdog Millionaire actress showed off her growing baby bump in a series of photos on Instagram.

In the pictures, Freida flaunted her bump whilst wearing a black floral dress.

Freida looked stunning as she radiated a healthy pregnant glow. She leaned against Cory while he lovingly placed his hand on her stomach.

The actress captioned the post: “Baby Tran, coming this Fall!”

Cory shared the same photo and caption on his own social media page to announce the news. 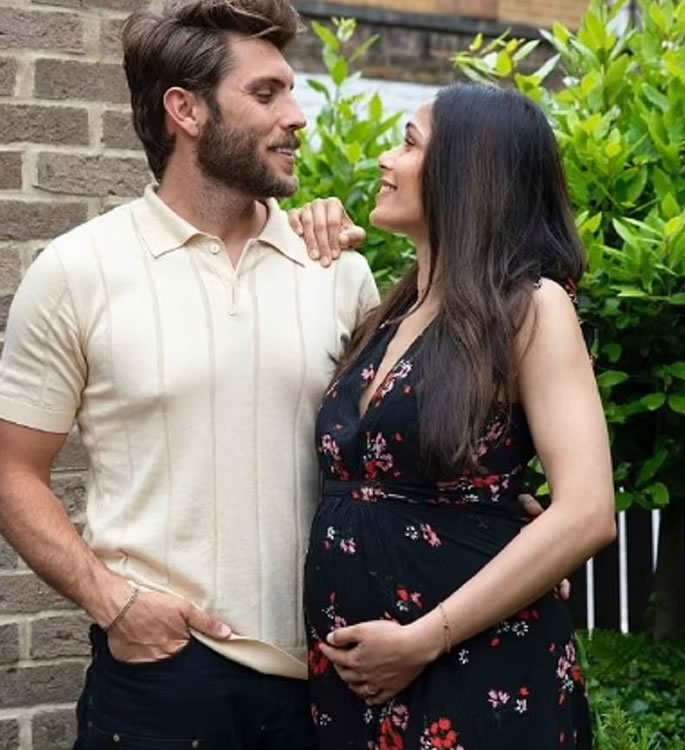 Following the announcement, the comments were filled with messages of congratulations for the soon-to-be parents.

“Baby Tran!!! We love you so much already. So happy for this beautiful announcement. Now I can tell everybody.”

The couple’s happy news comes after they announced their engagement in November 2020 with a sweet Instagram post.

The post was captioned: “It all makes sense now.

“Where I am makes sense and where I want to go completely makes sense. You my love are just the most beautiful creation to have ever walked into my life.

“And you are here to stay. Well, I am making you stay. Ha! All my love with all my heart.”

Freida Pinto then wished Cory a happy birthday by adding: 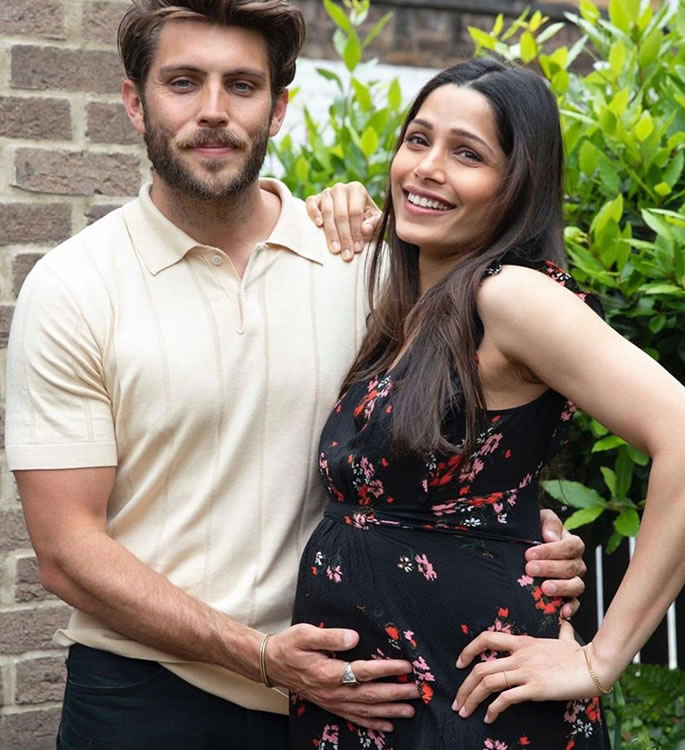 Freida and Cory were first spotted together in October 2017.

In September 2018, they made their relationship public at the US Open.

Freida Pinto was previously in a relationship with Slumdog Millionaire co-star Dev Patel for six years from 2009 to 2014.

Titled Spy Princess, it is an emotional thriller that will be directed by Anand Tucker and co-produced by Andy Paterson and Claire Ingham.

As well as portraying Khan, Freida Pinto is also the series’ executive producer. She described Khan as “a fierce and amazing woman, the most unlikely heroine of the second world war”.

The Slumdog Millionaire actress added: “Sending women to the frontline is controversial even now.

“Sending a Sufi mystic, who won’t use a gun, daughter of a long-haired Indian guru who preaches love and peace – ridiculous!

“But Noor thrives, not in spite of her differences, but because of them.

“Her struggle to reconcile her values with the desire to find her own path and with her complex sense of duty is something I am so excited to explore.”

Dhiren is a journalism graduate with a passion for gaming, watching films and sports. He also enjoys cooking from time to time. His motto is to “Live life one day at a time.”
Bollywood hires 1st ‘Intimacy Coordinator’
Alaya F reacts to Aaishvary Thackeray Dating Rumours