Meet the Contestants of the Bigg Boss 13 House

The wait for ‘Bigg Boss 13’ is finally over and host Salman Khan revealed the 14 contestants who will be taking part in the popular reality show.

Sidharth also has an extensive presence within reality TV

Salman Khan returned as host for the thirteenth season of the popular reality show and he entertained the viewers with his antics.

The show took a different approach compared to previous seasons.

Usually, the contestants are revealed are revealed before the first episode but the makers decided to surprise the viewers by announcing the participants at the premiere.

Bollywood superstar Salman introduced the first five contestants but all 14 have been announced and they will be competing to win. TV actress Dipika Kakar won season 12.

As one of India’s most watched TV shows, Bigg Boss can promise drama as the contestants interact with each other while in the house.

We look at the contestants of Bigg Boss 13. 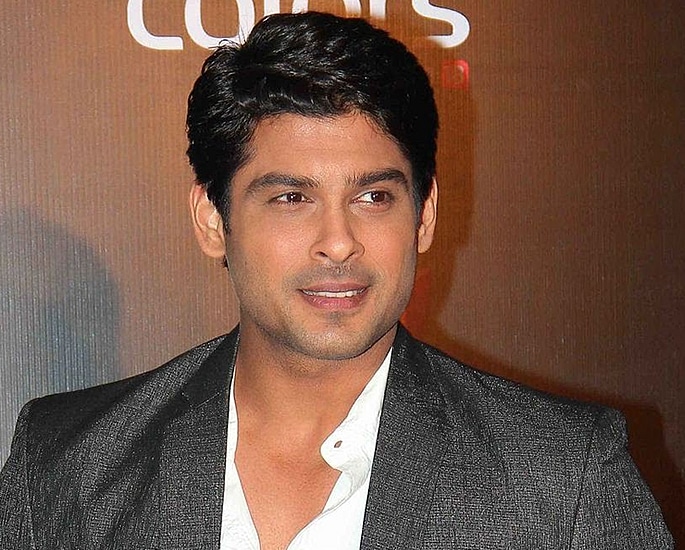 Sidharth Shukla was welcomed as the first contestant of Bigg Boss 13 and made an impact by performing on stage.

He is known for his TV roles in Love U Zindagi, Dil Se Dil Tak and Balika Vadhu.

Sidharth made his Bollywood debut in romantic comedy Humpty Sharma Ki Dulhania in 2014. 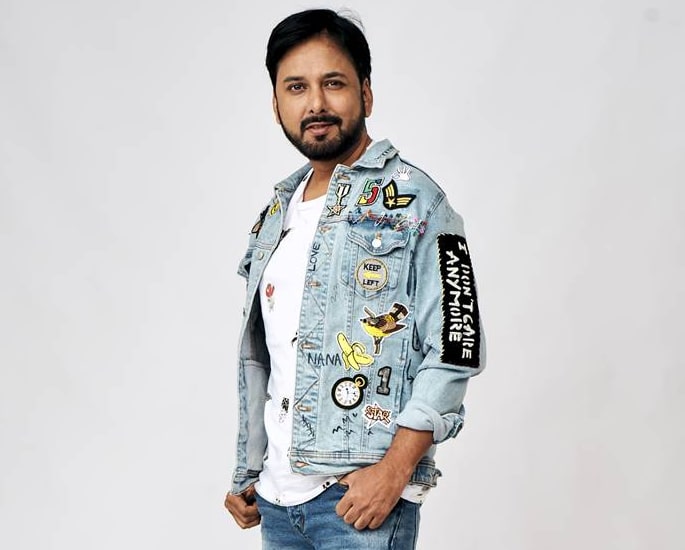 Siddharth Dey is making history on Bigg Boss 13 as he is the first scriptwriter to enter the house.

He has written content for a number of shows and has even wrote the first two episodes of the first season of Bigg Boss.

Siddharth trained in engineering but moved to Mumbai to become an actor. He eventually became a writer for various shows. 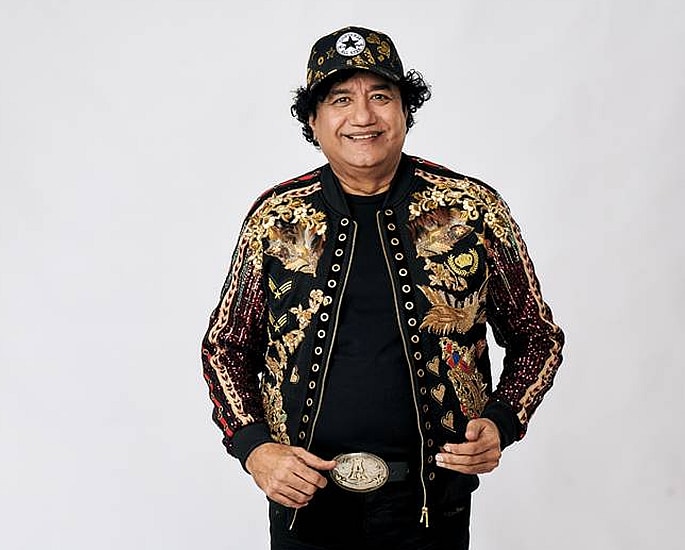 Music composer Abu Malik was introduced as someone who will bring some craziness to the Bigg Boss house.

His name looks familiar and that is because he is the brother of renowned Bollywood playback singer Anu Malik.

Abu has performed music shows all over the world with Bollywood stars.

He has also written a book titled ‘Rantings of a Mad Man’, which was launched by Anu. 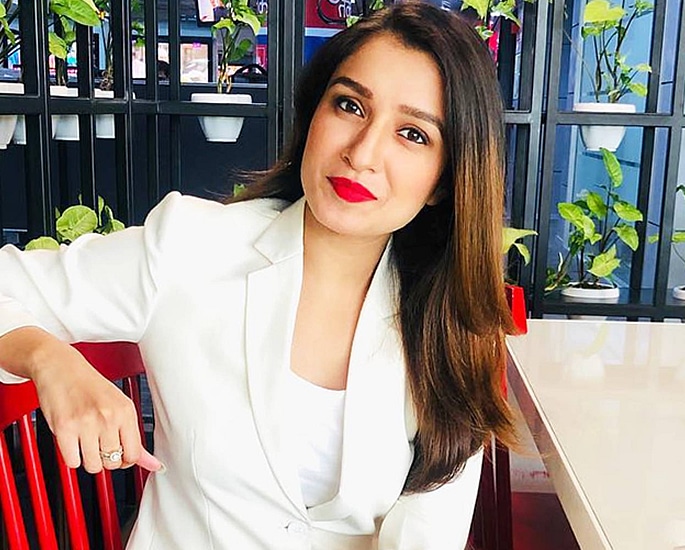 Shefali Bagga is bound to be a popular contestant on Bigg Boss 13.

The news anchor is a presenter on a leading news channel and has quite a large following on social media.

Her participation in India’s most enjoyed reality show is certain to increase the amount of followers she has. 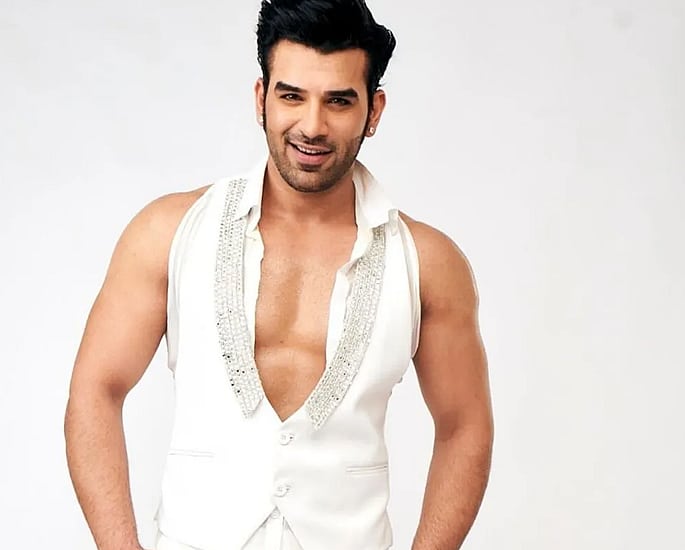 Paras Chhabra is an actor but he is most known for modelling and for being a television personality.

He has also had reality show experience having been on and winning the fifth season of dating reality show MTV Splitsvilla.

Paras is also known for playing Tejinder in the TV show Badho Bahu.

Paras and Asim Riaz have been involved in the first argument of Bigg Boss 13 which saw them exchanging words at the premiere and into the house. 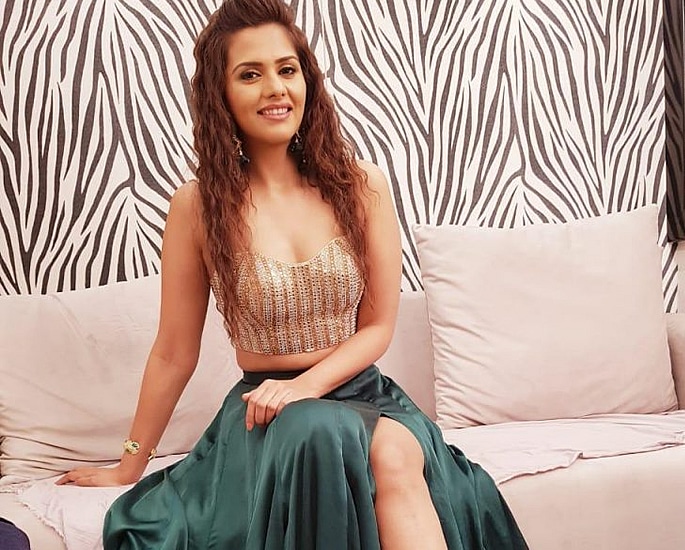 TV actress Dalljiet Kaur was introduced as a contestant through an emotional video in which she opened up about her divorce and being a single mother.

Dalljiet is no stranger to reality shows as she was on Nachle Ve Season 3 and won Nach Baliye 4. 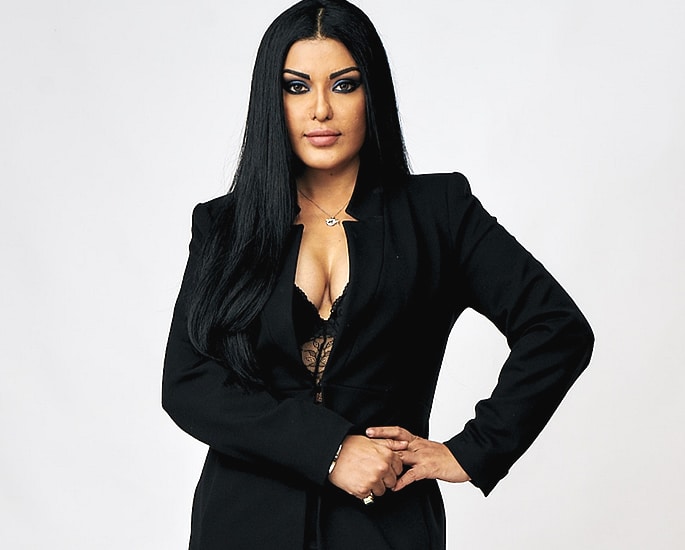 Next up is Bollywood actress Koena Mitra who was introduced as the bombshell.

While the viewers are waiting to see if she can make a mark on the show, they cannot forget her successes during the mid-noughties.

Koena’s biggest triumph came in 2004 in Musafir which starred Sanjay Dutt. She became a sensation in the song ‘O Saki Saki’. 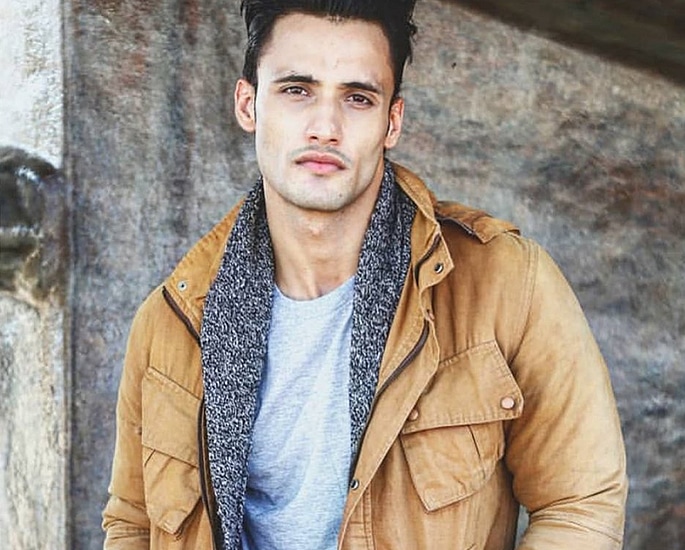 The next contestant is Asim Riaz who is a model and has modelled for some of the most renowned brands.

Even though the show has just premiered, Asim has had the first argument of Bigg Boss 13 when he rowed with Paras Chhabra.

The row became heated with Paras even threatened to slap Asim. It looks like Asim is willing to fight for a long-term stay inside the Bigg Boss house. 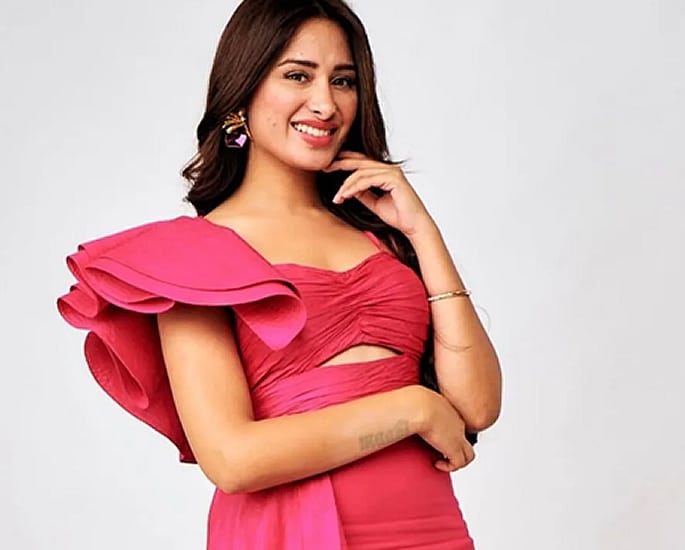 Mahira Sharma was the first female contestant announced for Bigg Boss 13 and is known for starring in popular TV show Kundali Bhagya.

In the Bigg Boss house, Mahira was handed bathroom duty.

She also caused controversy after she referred to fellow contestant Asim Riaz as “bhai” as he also comes from Jammu & Kashmir.

This led to the argument between Asim and Paras. 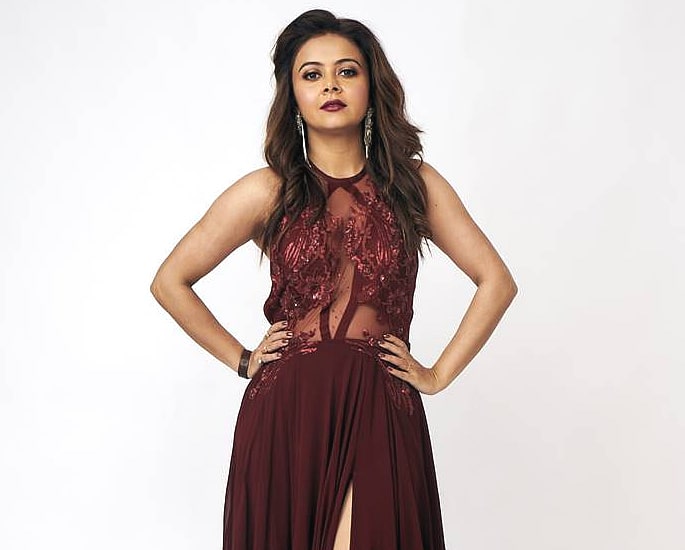 Devoleena Bhattacharjee has entered the Bigg Boss house and is confident that she can go all the way and win the show.

She believes her honesty will go a long way. She said:

“I will just be the way I am, and I’ll do my tasks, and do what a good contestant should do to be there.”

Devoleena is a household name with her role as Gopi in Saath Nibhaana Saathiya. 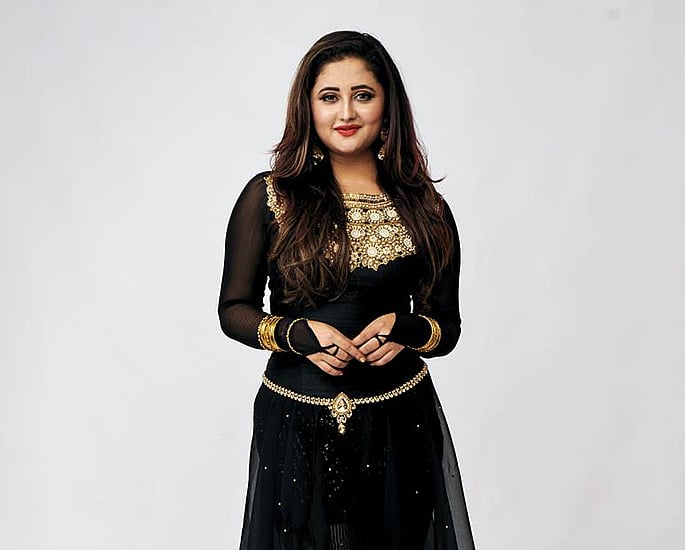 Rashami Desai is one of the most renowned TV actresses to be a part of Bigg Boss 13.

She is famous for her roles in popular shows like Naagin 3, Uttaran and Ishq Ka Rang Safed.

There had been speculation that she would tie the knot with her boyfriend Arhaan inside the house but she seemed to shut down the rumours.

She said: “Sometimes, you know, people just want to speak about something. First, let the show start.” 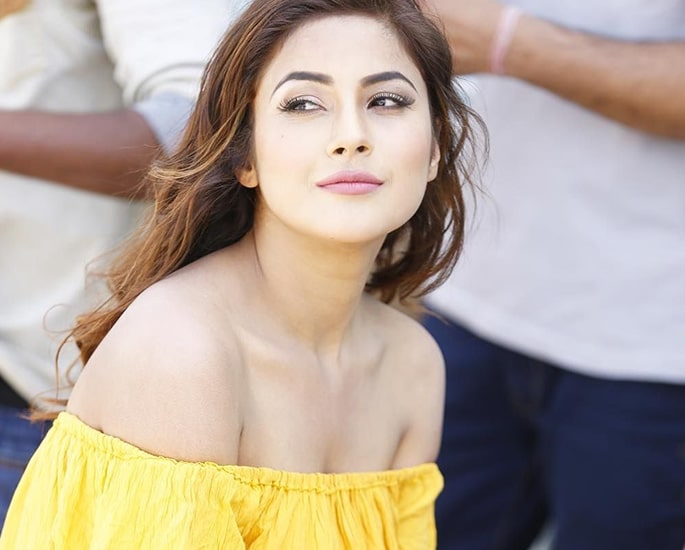 Shehnaaz Gill is one contestant to watch out for as she entered the house with an impact.

Shehnaaz is already showing off her confidence as she apparantly called herself the Katrina Kaif of Punjab. 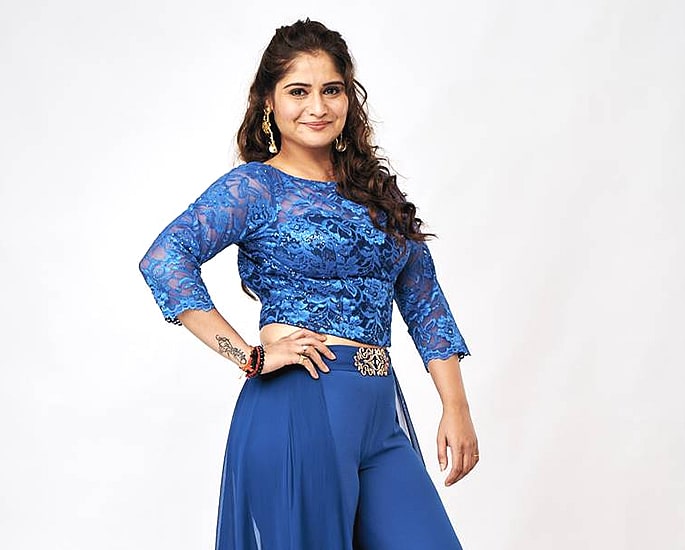 Aarti Singh is known for her TV roles in popular shows such as Udaan, Thoda Hai Bas Thode Ki Zaroorat Hai and Waaris.

Not only is the television actress part of many shows but she also has famous family members.

Her brother is actors and comedian Krushna Abhishek while her uncle is famed Bollywood actor Govinda.

Aarti’s famous family coupled with her own acting talents may already make her a favourite for the Bigg Boss crown. 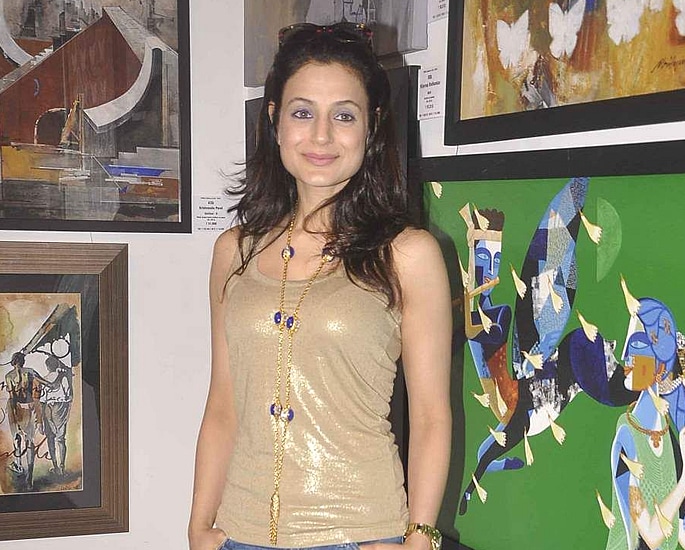 Bollywood actress Ameesha Patel will also be a part of Bigg Boss 13 but she is not a contestant.

She is the ‘maalkin’ of the house and will be the one handing out tasks for the contestants to perform.

Ameesha is a Filmfare Award winner and made her acting debut in the 2000 blockbuster Kaho Naa… Pyaar Hai opposite Hrithik Roshan.

With an argument already taking place at the premiere, it looks to be an exciting start to the entertaining show.

Dhiren is a journalism graduate with a passion for gaming, watching films and sports. He also enjoys cooking from time to time. His motto is to “Live life one day at a time.”
Bollywood actress Disha Patani says She is not ‘Hot’?
Why Kangana Ranaut’s Parents were Shocked with Her