Who are the Contestants of Bigg Boss 12?

Bigg Boss 12 has kicked off! We bring you the contestants of the reality show in India hosted by Salman Khan which has a new format.

Bigg Boss 12 premiered on Sunday, September 16, 2018, and it began with a bang, especially with its new format.

Salman Khan, who has returned to host the show for the ninth time, opened the show with a spectacular dance performance.

He introduced a new theme to this year’s edition called ‘Vichitra Jodis’. The contestants are featured in pairs, whether they are friends, siblings or spouses.

Salman said at yesterday’s premiere that this season is all about Jodis and singles. Those who come as Jodis will be treated as one participant.

This new theme is sure to increase the popularity of Bigg Boss, one of India’s most watched TV shows.

With Bigg Boss 12 premiering, a whole host of new contestants will enter the house on day one.

Seventeen contestants have already entered the Bigg Boss house, some as a Jodi, some as singles.

DESIblitz looks at who each contestant is. 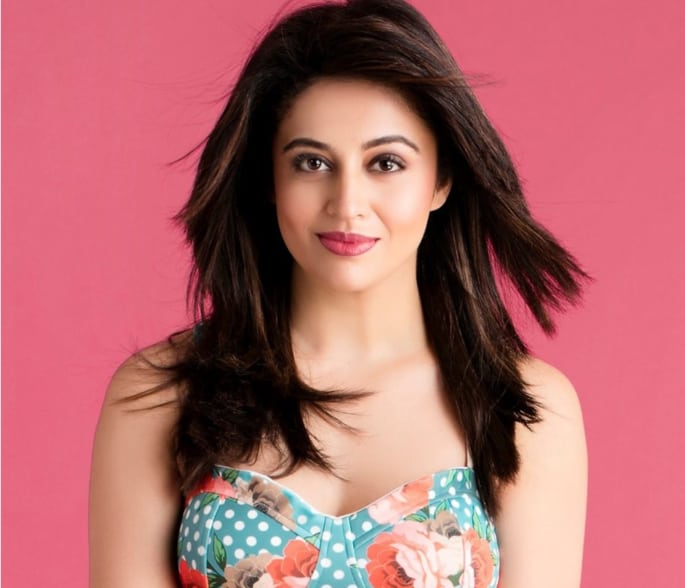 Neha Pendse was the first contestant announced for Bigg Boss 12.

The actress rose to fame with May I Come in Madam?

She became a fan favourite as Kapil Sharma’s co-host in his show Family Time with Kapil Sharma.

Apart from TV, Neha has also been part of several Marathi, Tamil, Malayalam and Hindi films. 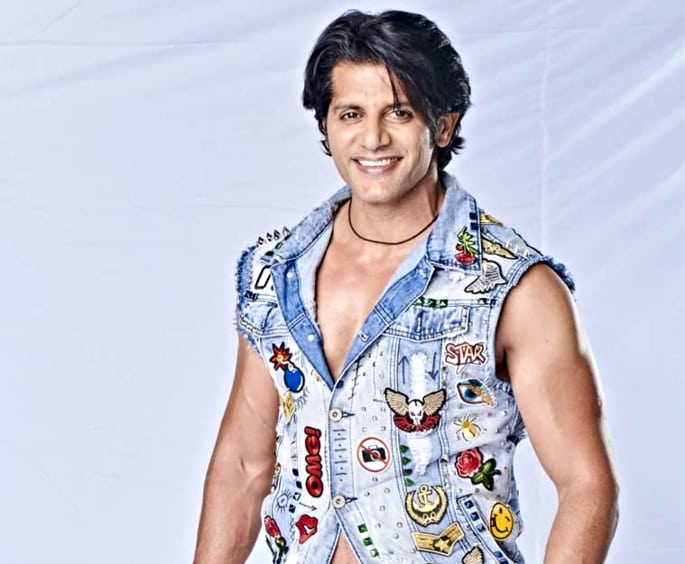 Karanvir Bohra has been a part of Indian television for over a decade.

The actor has been part of daily soaps such as Qubool Hai.

He is no stranger to reality TV, especially after his appearances on Nach Baliye, Jhalak Dikhhla Jaa 6, Khatron Ke Khiladi Darr Ka Blockbuster and others.

His experiences in reality TV has made him one of the early favourites for the Bigg Boss title. 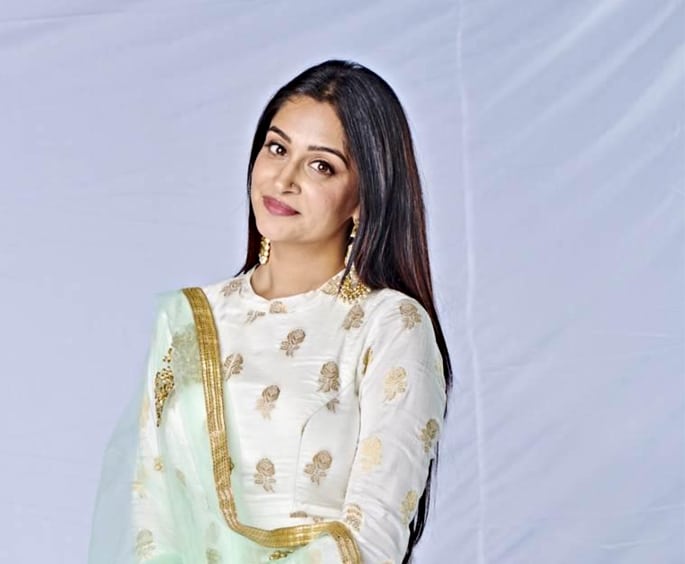 Dipika is best known for playing the character of Simar in Sasural Simar Ka.

One of the most high-profile contestants this year, it is rumoured that Dipika is set to be the highest paid contestant in Bigg Boss 12. 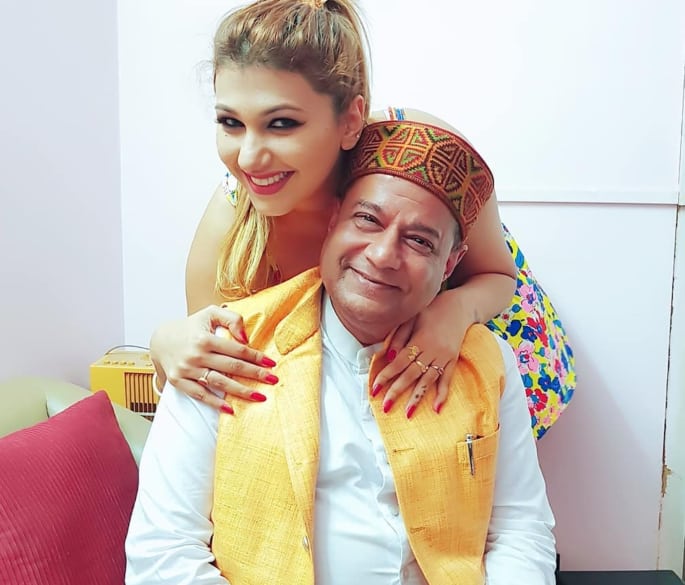 She is also a singer, performer and actress who has performed with Mika Singh’s troupe for over three years throughout India.

They are already one of the most entertaining Jodis when they performed together at the launch show.

The two have been rumoured to be dating but have denied it.

They finally confirmed their relationship on the Bigg Boss stage. 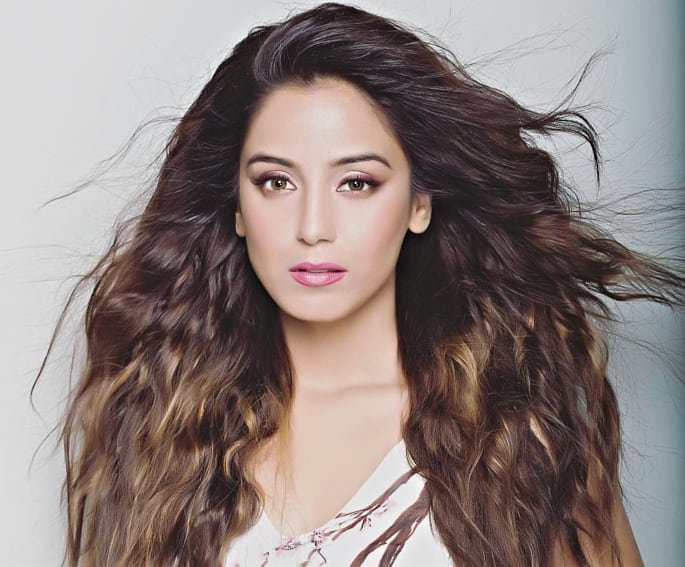 Yet another popular face on Indian TV.

The actress hails from Mumbai and has done several TV shows.

She is best known for her role in Ishqbaaaz.

Srishty is engaged to Manish Naggdev and it was rumoured that the two would be entering the house together, but for now, it is just Srishty. 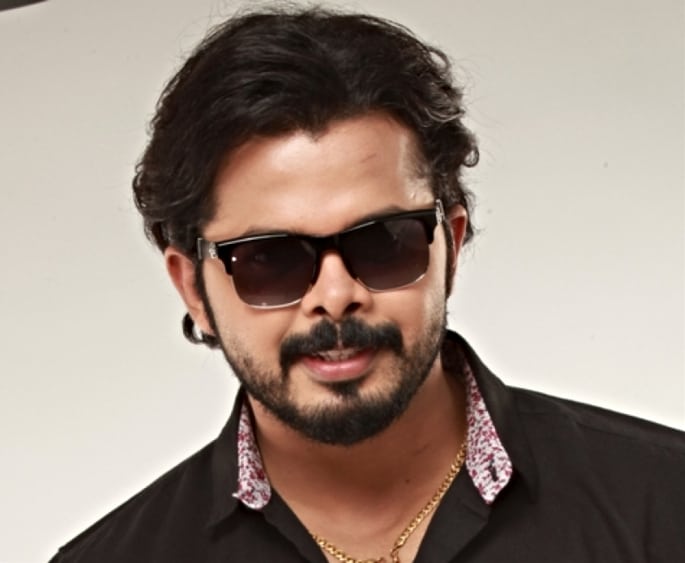 The former cricketer entered the television industry a couple of years ago after he was banned for life from the sport for his involvement in spot-fixing.

He was seen in popular dance reality show, Jhalak Dikhla Jaa as a contestant.

Sreesanth’s sense of humour and temper is sure to entertain viewers.

He is expected to bring his renowned exaggerated behaviour to the Bigg Boss house. 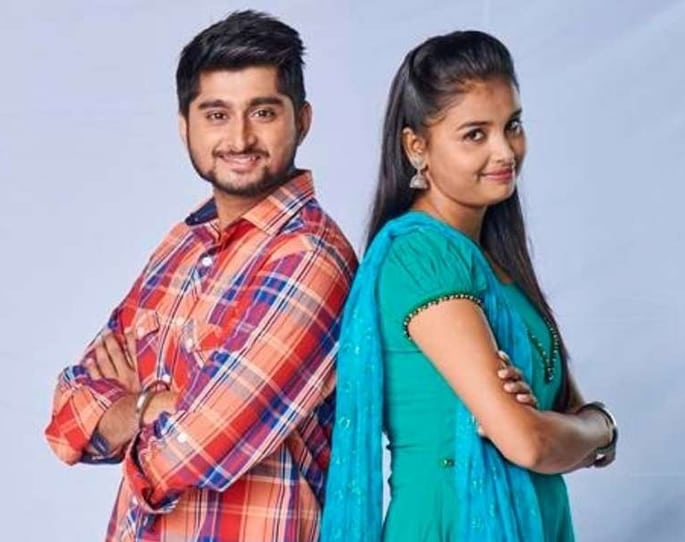 Deepak Thakur, the singer who was on Anurag Kashyap’s Gangs of Wasseypur enters the house with Urvashi Vani.

Urvashi Vani is one of Deepak’s biggest fans and once ran away from her family’s house to meet the singer.

This combination definitely adds to the uniqueness of the Jodis in the show. 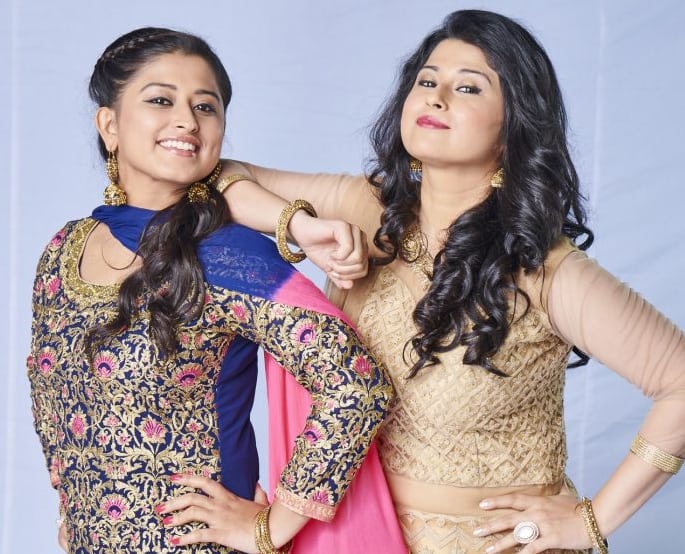 These sisters hail from Jaipur and are both confident of winning the show.

They are sure to be of great help and support to each other and have decided to work as a team.

Both sisters have insisted that sibling rivalry will not change their relationship once they get into the house. 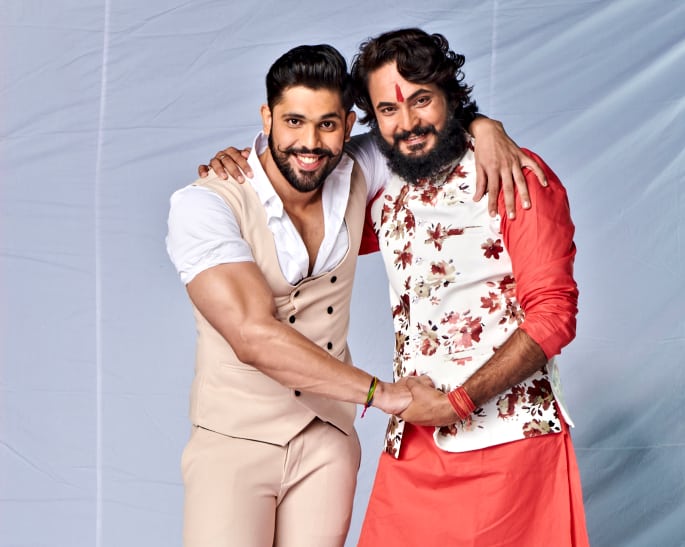 These two are unlikely friends as they come from completely different backgrounds. One is a businessman and the other is a farmer.

The two have their own reasons to be on the show.

Shivashish has entered the house to enjoy himself.

Sourabh would like to change the perception of farmers. 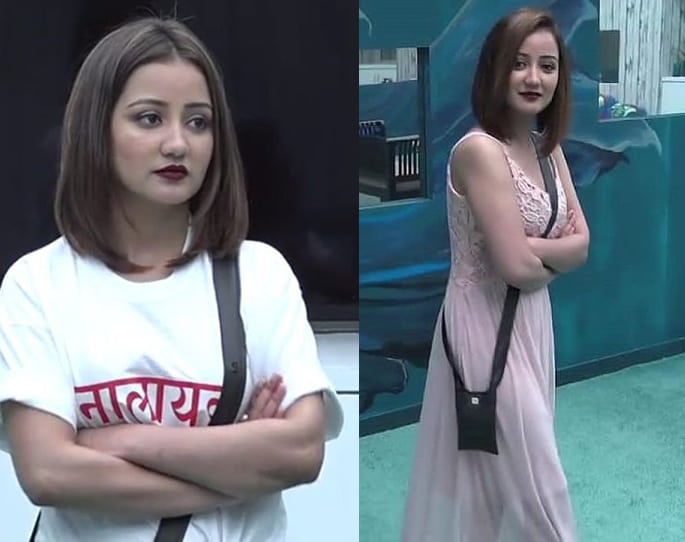 Roshmi was one of the contestants chosen from the Bigg Boss outhouse due to the public voting before the official launch.

As a result, she entered the house with former Roadies participant Kriti Verma.

She has aspirations to be in the glamour world and is hoping Bigg Boss 12 is the platform for her to achieve her dream. 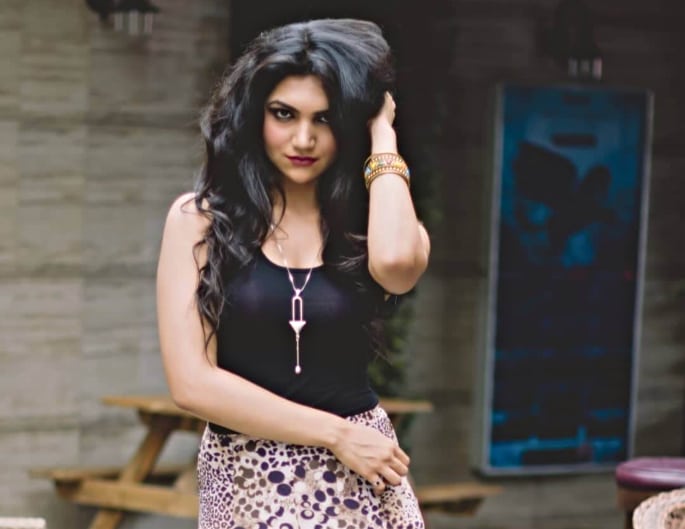 Kriti made her name as a participant on MTV’s Roadies and is now part of Bigg Boss.

She was in the outhouse and was chosen by the public due to her popularity.

Kriti entered the house as a Jodi with aspiring model Roshmi Banik. 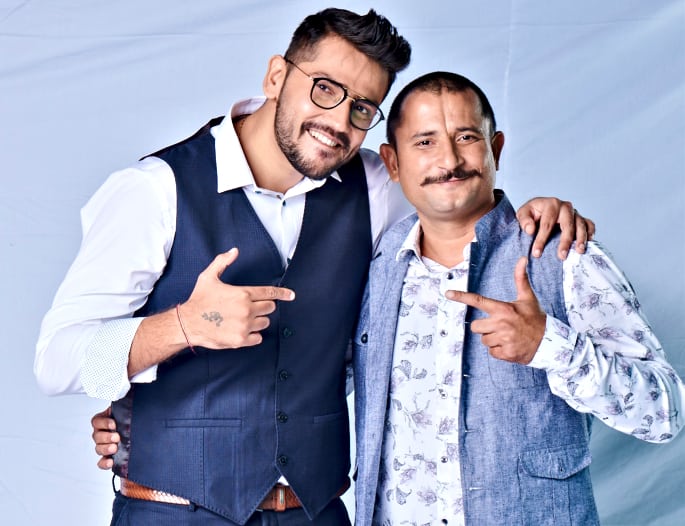 These two friends are from Haryana.

Romil is a lawyer and Nirmal is a policeman.

It is apparent that the two friends will add to the entertainment quotient of the show, making for fun viewing for audiences.

Although 17 contestants have entered the Bigg Boss house, it is rumoured that there will a total of 21 contestants.

One of those that are set to enter on September 17, 2018, is Hina Khan, who was a contestant on Bigg Boss 11, where she was the runner-up.

Hina was one of the most talked about contestants where she was in several heated arguments with her fellow contestants. 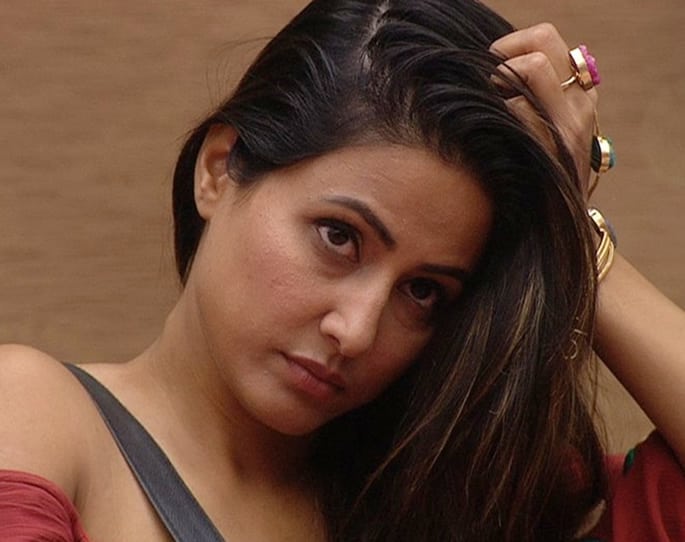 Her aggressive attitude shocked viewers, especially as her character in Yeh Yeh Rishta Kya Kehlata Hai is the complete opposite.

Hina spoke of her excitement of returning.

“I guess it’s the same house where I was a year ago and so it feels very nostalgic.”

Actor Hiten Tejwani is also set to make a return to the Bigg Boss house.

According to reports, Hiten and Hina will play the moderator in a task which directly affects the first eviction.

If all the rumours are true, it is set to become the most entertaining season Bigg Boss yet.

Bigg Boss 12 airs every Monday-Sunday at 9 pm on Colors.

Images courtesy of Zee News and Times of India