Tablets to Keep an Eye Out For during 2020

One of the most popular gadgets are tablets and new ones with unique features are set to release in 2020. We look at a few to keep an eye out for.

This tablet promises to provide users with high-speed

Every year, manufacturers reveal and release their new smartphones, laptops and tablets. This is the case in 2020.

Companies like Samsung, Apple and Lenovo showcase tablets in all sizes and with unique features.

This makes them worth having not only for entertainment but also for business purposes.

In some cases, carrying a laptop around can become a hassle which is why everyone prefers a compact device.

Tablets are essentially compact laptops as they contain photos, notes and other important files that are needed throughout the day.

In 2020, many manufacturers are going up a level to create tablets that can be a viable replacement for laptops.

While some companies have kept their new devices under wraps, others have already revealed them.

We preview a selection of tablets to look out for throughout 2020. 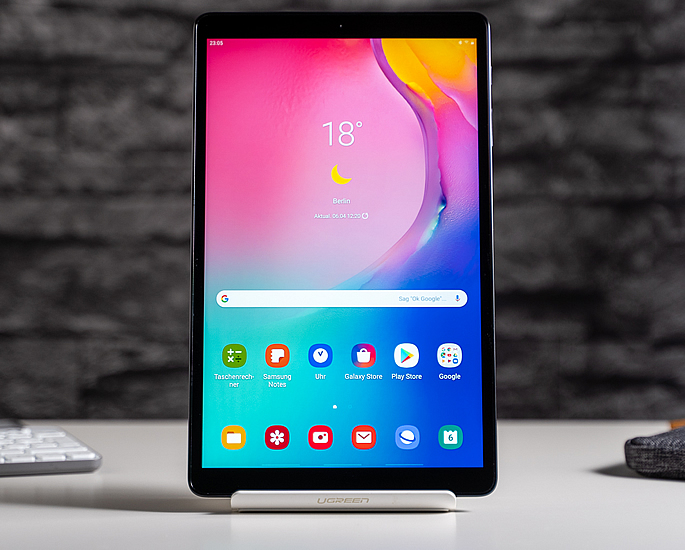 The Honor Tab 5 LTE is a device that will suit your daily needs which includes running apps and playing games.

You will be able to access them quickly thanks to the Android v9.0 (Pie) operating system.

The Chinese company, which is owned by Huawei, has won the hearts of thousands of people worldwide with its distinctive devices at low prices.

This is the same with tablets because the company saves money by operating online.

Expect the reasonable prices to continue with the Tab 5 LTE as it is set to cost £159 when it releases in February 2020.

While it is fairly priced, it does come with a lot of features including an 8-inch touchscreen display.

This tablet promises to provide users with high-speed performance while running multiple tasks at once, thanks to its 4GB of RAM and HiSilicon Kirin 710 Chipset.

Not only is it equipped with great configuration, but it also comes with voice calling.

With two 8MP cameras at the front and rear of the device, pictures will be clear and pick up the tiniest details.

It also has sufficient storage meaning that you will be able to save all of your moments without compromising on details.

For those looking for a quality tablet at a reasonable price, this is an option to consider. 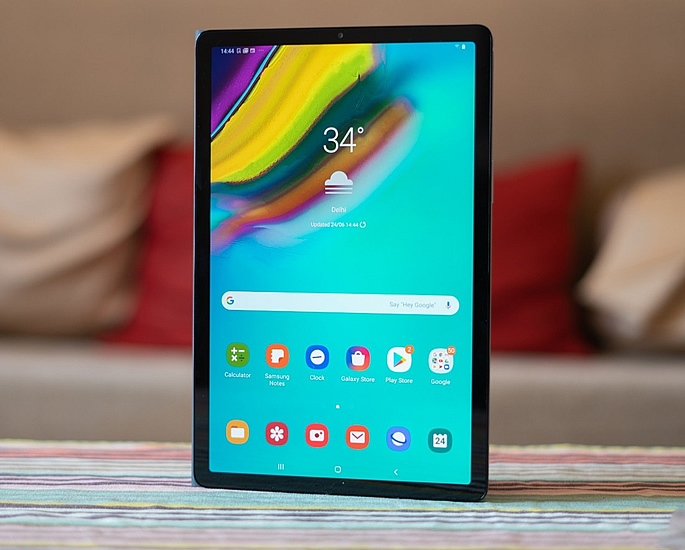 The Samsung Galaxy Tab A3 XL looks to be one of the best tablets releasing in 2020 as it boasts good software and hardware features.

Sufficient memory, impressive battery life and quality cameras are just some of the factors which will appeal to customers.

One drawback is the exclusion of no voice calling but the positives easily outweigh the negatives.

The device is powered by a Samsung Exynos 7 Octa 7904 Chipset and has 2GB of RAM.

It also has an 8MP rear camera as well as a 5MP front camera which will ensure stunning photos.

The display is elegant and anything that is viewed will be to its full potential as the Galaxy Tab A3 XL has a whopping 10.5-inch screen.

The large display will enable users to watch films and play high-definition games to the max.

Strong graphics and backup will allow users to go through each day with ease. Moreover, the tablet offers enough memory to store lots of data.

Fans of Samsung will love this device as it will provide a more than satisfactory performance. 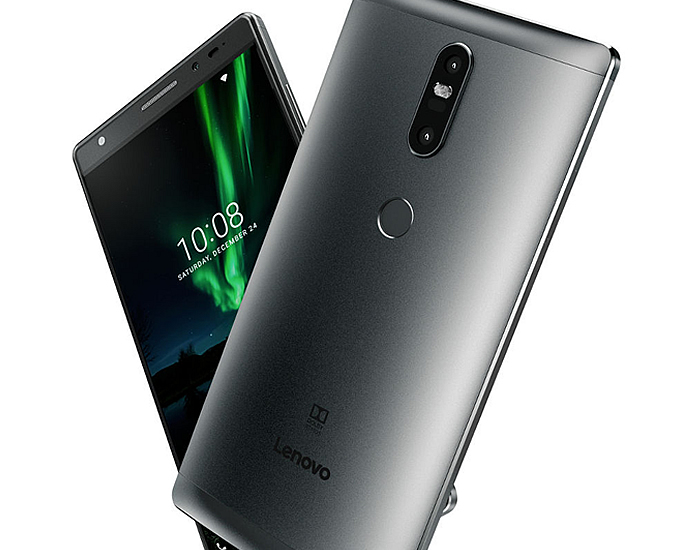 Lenovo has created a phone-tablet hybrid called the Lenovo Phab 3 which is meant to be an alternative of a standard laptop.

The display has been crafted with care but at 7.8-inches, it is large enough to take your enjoyment of watching films and playing games to the next level.

It is powered by a Qualcomm Snapdragon 450 that has the ability to support graphics-enhanced gaming and multitasking.

Taking pictures should not be a problem with its 5MP front-facing camera and 13MP one at the back.

With a 5,180 mAh battery, users have more than enough to go through the entire day without having the need to charge it.

Despite all the features, it is an upcoming Android tablet that will not break the bank.

At approximately £215, it is ideal for those looking for a mid-range tablet option.

It is rumoured to be released in the first quarter of 2020, however, that has not been confirmed. 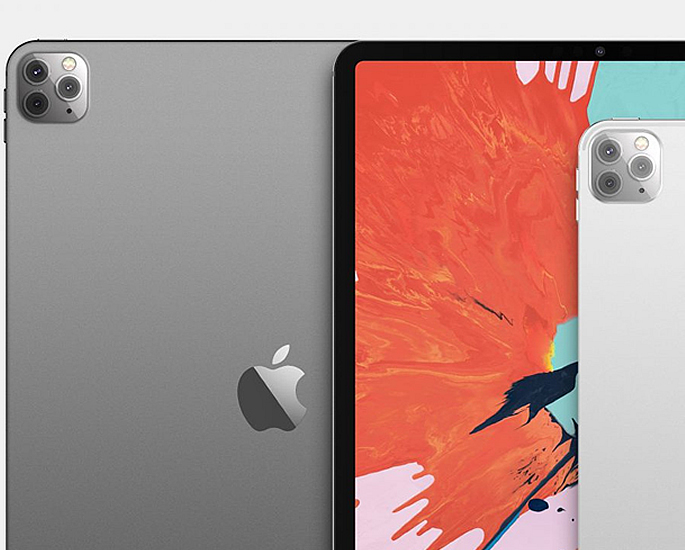 One of the most anticipated tablets of 2020 is the new Apple iPad Pro which is the frontrunner when it comes to premium tablets.

People are looking forward to it especially since the last generation was released in 2018.

However, Apple has kept the specifications under wraps so the majority is speculation.

People speculated that the new iPad Pro would release at the start of 2020 since they released a bespoke operating system for tablets in 2019.

Leaks of the iPad Pro began circulating in September 2019, which indicated that it may have a similar look to the iPhone 11 Pro. It featured the triple-camera array.

Like the release of the iPhone 11 Pro, it is also likely that two sizes will be released.

It is rumoured that it will release during the first quarter of 2020 but nothing has been confirmed.

While it would mark 10 years since the first iPad was introduced, one of the most off-putting things is the price-tag. With the plethora of high-end features comes a high price.

The current iPad Pro is priced from £769 so it is likely that the next-generation model will cost even more especially when considering potential upgrades.

The iPad is known for top-end features and the iPad Pro is at the top of Apple’s range of tablets, so for those who want the technological features and do not mind paying a premium, this is a viable tablet option. 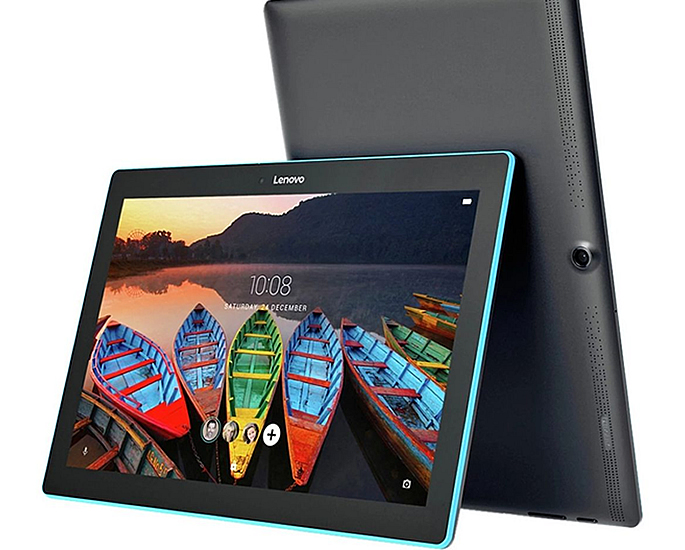 The Lenovo Tab E10 is another tablet from the Chinese computer manufacturer that is set to release in 2020 and it is targeted at those with a low budget.

As it is budget-friendly, it does not have the high-end specifications or features that are seen in other tablets.

Users also cannot use it for multitasking or playing graphics-heavy games.

However, it does the basics very well thanks to a Qualcomm Snapdragon 210 and Android v8.0 Oreo operating system.

The Tab E10 has a sleek design which comes in slate black and is fairly light to hold.

One of the talking points is the display size. It has a 10.1-inch screen which is bound to entice people who are looking for a cheap tablet.

It also has a 5MP rear camera and 2MP front camera to allow good quality photos to be taken.

Although the Tab E10 has less features than other tablets, it has a longlasting battery which will let users go through a whole day without any issue.

It has 16GB of internal memory but up to 128GB of external storage means it is adequate for piling up data with ease.

This low-priced option costs around £120 and is already out in some places. In other regions, it is set for a January 31, 2020 release.

Compared to previous years, tablets have much more to offer in terms of reliability, performance and usage.

They also seem more stylish, vivid and powerful compared to previous tablets and laptops for that matter.

While these tablets are just a selection of upcoming tablets, these ones have officially been revealed while others remain behind closed doors for now.

Disclaimer: Concept or representational images have been used for some of the phones.