Abhishek Chetan has been arrested for attempted murder after he gouged out his father’s eye, leaving him bleeding and in need of urgent treatment.

It ended with Chetan gouging out his father's eyes with his bare hands.

Indian son Abhishek Chetan, aged 38, of Bengaluru, India was arrested on Tuesday, August 28, 2018, after gouging out his father’s eye over a property dispute.

The accused had become upset with SS Parameshwar, aged 65, for refusing to transfer properties to him.

Chetan attacked his father’s eyes in a violent outburst his bare hands which left the victim bleeding.

Chetan’s father underwent treatment at a private hospital in Jayanagar.

Chetan was remanded in judicial custody for 14 days.

Parameshwar is a resident of Shakambari Nagar, in JP Nagar.

He recently retired from the Department of Translations and lived with unmarried Abhishek.

Parameshwar’s daughter Chaitra and husband live in another part of the city. His other son Chandan lives in Mysuru.

The victim distributed most of his property among his children.

He kept the house for his wife and himself and continued to live in the house after she passed away a month earlier.

Chetan, who led a lavish lifestyle but was debt-ridden, had been harassing his father for money and property. 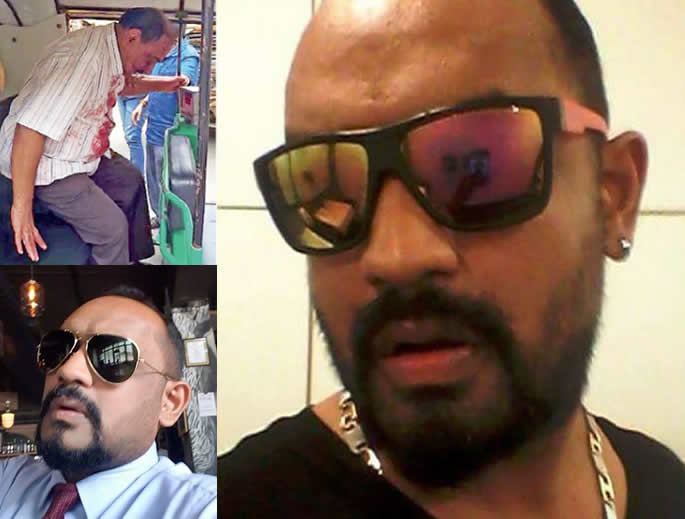 He already had got his mother’s share of the property transferred to him but his father refused to part with more.

On the afternoon of August 28, 2018, Chetan got into an argument with his father over giving the property to him.

He also wanted money off Parameshwar.

It ended with Chetan gouging out his father’s right eye with his bare hands.

Neighbours heard Parameshwar’s screams and rushed to the house to find him bleeding profusely.

Locals saw Chetan running away with blood stains on his clothes.

They gave chase and the perpetrator was handed over to the police.

In a statement to officers, Chetan was frustrated that his father collected Rs. 12,000 from him as rent every month.

He also stated that his father knew that he was in financial distress.

Relatives said that Chetan’s financial problem was not because his incense stick business was doing well.

It was because he led a luxurious lifestyle funded by the money he borrowed from people.

Deputy Commissioner of Police SD Sharanppa said: “Chetan is not married, he was given the ground floor to stay in.”

“We have detained Chetan and are investigating.”

Doctors operated on the victim’s eyes at 3.30pm on the day of the incident and took at least four hours to complete the procedure.

“We cannot assure him that his vision will return.”

They did not discuss further the procedure or any possible complications.

Dhiren is a journalism graduate with a passion for gaming, watching films and sports. He also enjoys cooking from time to time. His motto is to “Live life one day at a time.”
Indian Billionaire Vijay Shekhar Sharma partners with Warren Buffett
British Pakistani Man dies from Snake Bite in Pakistan