"We feel both excited and humbled by this endorsement."

He becomes the first Indian business partner of Buffett and is India’s youngest billionaire.

Buffett’s conglomerate, Berkshire Hathaway, acquired a stake in One97 Communications, the parent company of Paytm, a digital payments firm.

Vijay founded Paytm in 2010 and is currently the CEO of the e-commerce payment system company.

An investment from Berkshire Hathaway was confirmed but the deal’s amount was not.

According to the Indian newspaper, Mint, Berkshire Hathaway intended to invest between £240 million and £274 million (Rs. 2.200 Crores to Rs. 2.5 Crores).

This was for a three per cent to four per cent stake in One97.

Todd Combs, investment manager at Berkshire Hathaway, has been appointed to Paytm’s board of directors.

Sharma spoke of the investment. He said: “We feel both excited and humbled by this endorsement.”

“Berkshire’s experience in financial services and long-term investment is going to be a huge advantage in Paytm’s journey of bringing 500 million Indians to the mainstream economy through financial inclusion.”

This followed an investment from Japanese conglomerate SoftBank.

Vijay Shekhar Sharma owned 16% of One97 prior to the Berkshire transaction. 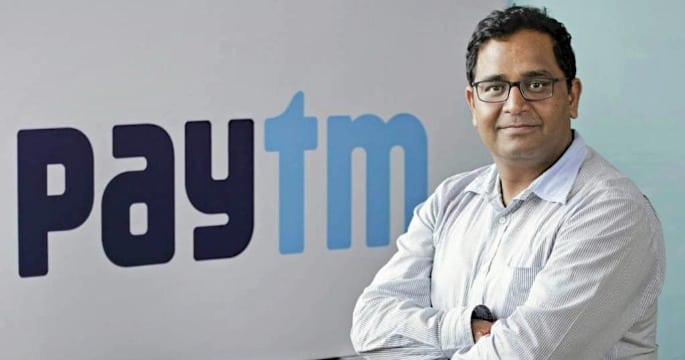 In 2001 Vijay co-founded One97 Communications which specialised in mobile content.

The company has 250 million registered users and they process 7 million transactions per day.

Vijay Shekhar Sharma grew up in North India and left school at 14.

He intended to enrol in college but was not allowed because he was too young to take the entrance exam.

He built his first web portal, Indiasite.net, while at Delhi Technological University and sold it for £750,000 (Rs. 690,000) after graduating.

Paytm unveiled a major advertising campaign to capitalise on the news and also rolled out app versions in 11 languages to expand its traction in rural areas.

Within 10 days of the launch, the number of daily transactions on the platform doubled.

The success of Paytm saw Vijay Shekhar Sharma’s debut among the World’s Billionaires and at the age of 38 was India’s youngest billionaire.