LIFF 2016 Awards Winners include Song of Lahore and Shekhar Kapur

The Bagri Foundation London Indian Film Festival (LIFF) draws to a close for 2016.

The prestigious festival that invites the best filmmakers, producers and actors from South Asian saw its closing night in London on July 21, 2016.

The evening also gave Festival director, Cary Rajinder Sawhney the opportunity to thank the many supporters of LIFF 2016, including the many special guests that graced the festival.

Of them include the likes of Sharmila Tagore, Shekhar Kapur, Ketan Mehta, Sharmeen Obaid-Chinoy and Ajay Devgn.

Both Sharmila Ji and Shekhar Ji were honoured with ICON Awards for Outstanding Contribution to World Cinema from Sun Mark Ltd.

Bengali actress Sharmila Tagore who has entertained South Asian audiences for decades was ecstatic to be given the award, saying:

“The festival has had a special focus on women and cinema this year with seven films by women directors. I am happy to receive the ICON award and have enjoyed doing the masterclass at this rapidly growing event.”

The veteran icon of cinema offered a special Screen Talk at LIFF, where she spoke about her experiences in film.

Shekhar Kapur also entertained the LIFF crowd with the journey of his own career in filmmaking. He is one of the few Indian directors to have made such an impact on world cinema, having worked in Bollywood, Hollywood and British film. 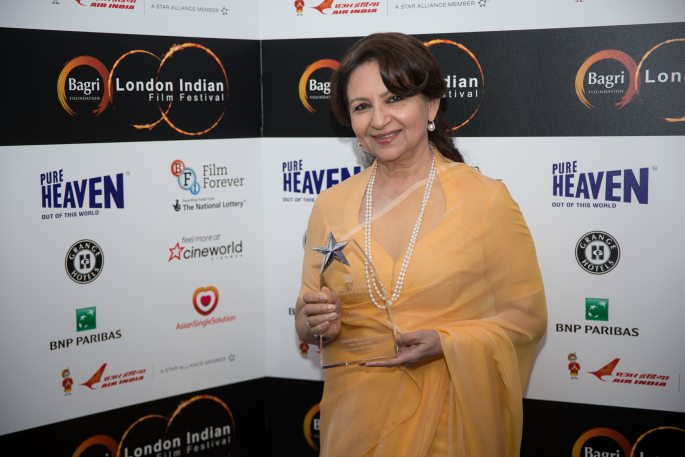 “These individuals are not just icons but visionaries, that have forged a path for the new generation of filmmakers, and so for us, the relationship has great synergy. It was an honour to present the Sun Mark and Pure Heaven LIFF Icon Awards to these two giants of cinema.”

The festival, which will continue across Birmingham until July 24, has welcomed a plethora of South Asian cinema that has been greatly enjoyed by UK audiences. Winning the coveted LIFF Audience Award was Sharmeen Obaid-Chinoy and Andy Schocken’s heart-warming documentary, Song of Lahore:

“We are delighted that Song of Lahore has won the audience award. The film is a labour of love, and an ode to the beautiful city of Lahore and the Sachal orchestra,” Sharmeen said. 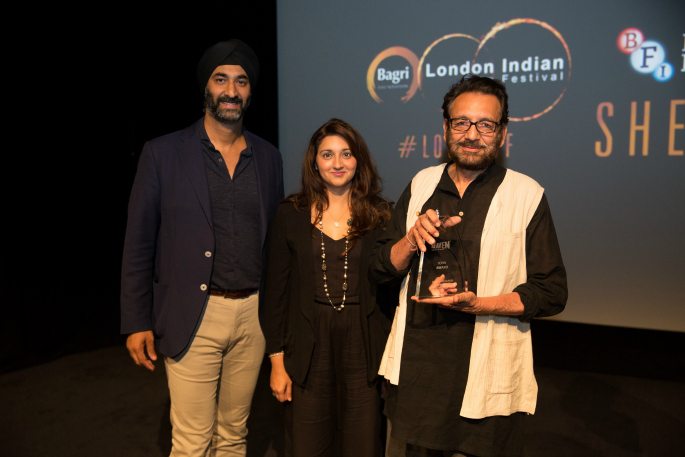 “This multilayered film, evocative and striking, manages to inject real suspense in a short timespan. The drama stays with you long after it has finished, and heralds in a talented new filmmaker. A special commendation went to Debanjan Nandy for his emotional, warm and haunting animation CHHAYA.”

All in all, the London Indian Film Festival has been simply a fantastic affair for director Cary Sawhney, who says:

“We are really pleased that this year, the festival has expanded in stature in both London and Birmingham and included films in 15 languages and 7 women filmmakers. Our awards aim to highlight just some of the many achievements of filmmakers and actors from South Asia, who may otherwise go unsung by the broader world film community.”

The 7th year of the London Indian Film Festival has grown in size and prestige, and will continue to do so for many more years to come.