Shekhar Kapur, an award-winning Indian director known for Bandit Queen and Elizabeth, will lead a panel of judges in WaterAid’s sH2Orts film competition.

“The top prize includes a top-rated Fuji camera and a filmmaking masterclass.”

Along with five other judges, the Elizabeth director will review a shortlist of five, and choose an overall winner for the global sH2Orts film competition.

The top prize includes a top-rated Fuji camera with lens, and a filmmaking masterclass with the BAFTA-winning and Oscar-nominated director.

The short films that are shortlisted will gain tremendous publicity as they will be shown online for the public to pick their favourite by clicking to view on Vimeo. 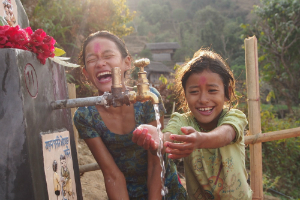 WaterAid and WorldView, the competition’s organisers, will also actively promote the shortlisted entries in the lead up to World Water Day on 22 March 2015.

Kapur, whose home country suffers from severe sanitation problems, was passionate about getting involved with sH2Orts.

He said: “Water is life. We interact with it every day in so many different ways. It is our most important resource, with no substitute. Yet it’s so easy for us to take this basic necessity for granted.

“Through this competition, we’re hoping to see a plethora of ways water impacts on our daily lives through the powerful medium of film. I’ll be looking for individuality and creativity when judging the entries.”

Kapur is joined on the panel by British Asian director Gurinder Chadha, in support of WaterAid’s campaign to give everyone access to clean and safe water by 2030. 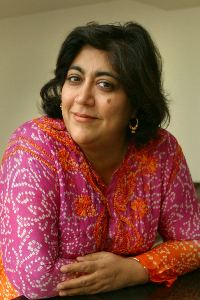 Chadha, who recently produced the groundbreaking British Asian reality show Desi Rascals, felt the right to water was an issue close to her heart.

She said: “Having family from both Kenya and India, countries with large numbers of their population living without access to clean water, makes this an issue I am very passionate about.

“This film competition will raise vital awareness around the world about the value of water and hopefully encourage people to get more involved.”

In the UK, we are incredibly fortunate to have clean water running through every household. It is so easily and cheaply available that we probably do not even think twice before taking a long hot bath.

In South Asia, however, the situation is much more dire. Despite water being declared a fundamental human right by the United Nations in July 2010, countless people in the region continued to be shunned.

Every year, diarrhoeal disease takes away over 226,000 young lives in India and Pakistan. 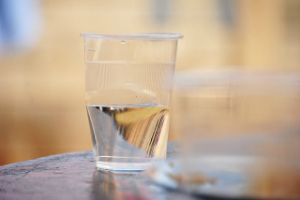 Part of this is because children, along with poor people and women, are socially marginalised and hence deprived of access to clean water and sanitation.

Floods have not helped either. Monsoon rains hit the region hard every June to September. Instead of improving livelihoods, all that excess water destroys their homes and water systems. Waterborne diseases spread like fire.

This is why the sH2Orts film competition is truly a brilliant opportunity for aspiring filmmakers with a purpose. Their films will raise awareness for a pressing global issue, which is also strongly advocated by Hollywood actor Matt Damon’s Water.org.

Catherine Feltham, film producer at WaterAid, said: “Gaining access to safe water and improved sanitation can completely transform lives. Through the sH2Orts film competition, we hope to celebrate the power of water and highlight its importance.”

Visit WaterAid’s website to find out more about the competition.

Read our article to find out more about the water situation in India.