An 11-year-old British Asian boy from Kingston has won the first ever sH2Ort film competition organised by WaterAid and WorldView! DESIblitz has more.

"I wanted to make a movie that had meaning and was entertaining at the same time."

The young aspiring filmmaker from Kingston is among four other winners, each of whom has submitted a unique one-minute film about what water means to them.

Indie believes ‘most life forms require water, so basically to me it means life’. His entry features a Lego man named Joe, who faces a morning without water.

Organised by WaterAid and WorldView, the competition rewards filmmaking talents with amazing prizes from Fuji. For Indie, the prize is a Fuji X100T camera.

Sharing his inspiration for the film, he says: “In my environmental science home ed group, my teacher told us about the film competition and we have had WaterAid come and do workshops for our group.

“I like what WaterAid do in India and rest of the world. My family are from India.”

He adds: “I love making films and my family support WaterAid so I gave it a go, and I also love challenges.

“I wanted to make a movie that had meaning and was entertaining at the same time, so I used a Lego character called Joe to show how important water is.”

Shekhar Kapur, among an esteemed judging panel of six, commends Indie’s short film and describes it as an ‘innovative film with a strong message from someone so young’.

She says: “Well done – great storytelling for children and adults.”

The young and talented Indie is excited to win the competition and share his short film with the global audience. He says:

“I feel absolutely thrilled about being runner-up and I think it is awesome that my movie supported a great cause.

“I hope more people know about the importance of water with my movie. That would just be awesome.”

Sohel Rana from Bangladesh has also won a Fuji camera as runner-up. Titled ‘Right to Water’, his short film explores the close ties between water and human civilisation.

He says: “People having no safe water is a curse for the time. My film represents a system of water scarcity that knocks me hard. After winning the competition I got a chance to remind the world how poor we suffer for water.” 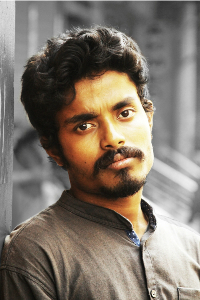 South Asia welcomes another winner, as Gaurav Dhwaj Khadka from Nepal is awarded the People’s Choice with ‘Paani (Water)’.

His short film, about someone dreaming about water disappearing before their eyes, has collected 27,000 in just three weeks.

Viewers have given very positive comments on his work, saying: “Beautiful idea beautifully executed. I like the way u did quick editing to create the tension. And all in one minute – wonderful job!”

The winner of a Fuji X Pro 1 camera and masterclass with WorldView says: “For me water is life. We are full of water ourselves. If you take water out of the human body, we are left with no life.”

He continues: “About distributing film, it was all online on all my social media and also in my actor’s social media.

“Besides, my actor made a printed note and distributed it all around at his school saying that whoever voted the film by watching will get to play a part in his next short film.”

The fourth winning entry comes from Josta Hopps from Sierra Leone, whose music video ‘Recovery’ highlights the importance of clean water in the fight against Ebola.

The overall winner of the sH2Orts film competition is Sven Harding from South Africa. With ‘Moonwalk’, he shows how women and children in his home country collectively walk as far as to the moon and back 16 times to obtain water. 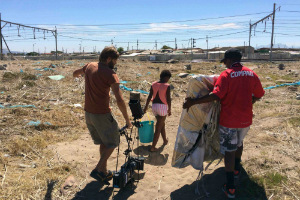 Having received original and creative entries from 33 countries around the world, Catherine Feltham, film producer for WaterAid, deems the competition a huge success.

She says: “It’s been a truly global activity with such creative and diverse entries showing the different way people across the world connect with water.

The competition was tough and it was very close at the end, but we are delighted to be announcing such a fantastic winning line-up of films.”

You can watch other winners’ short films here.

Now, it’s the turn for established filmmakers to get involved. WaterAid and WorldView will offer a grant of up to £3,000 for engaging and powerful concepts to be turned into a documentary.

The winning entries will help support the organisations’ wider campaign to raise awareness of the global water crisis.