Shekhar Kapur reflects on his Film Journey at LIFF 2016

Acclaimed filmmaker, Shekhar Kapur reflects on his movie career during a special screen-talk at BFI Southbank for the London Indian Film Festival 2016.

BFI Southbank played host to a special talk with renowned director, Shekhar Kapur, who discussed his career in film. The Q&A and interview was conducted by Nick James, editor of ‘Sight & Sound’ magazine.

The event began with the Sun Mark Ltd LIFF Icon Award given to Shekhar for his outstanding contribution to cinema. This award was presented by Sunny Ahuja.

Shekhar Kapur began his career as an accountant in London. He was born into a family of doctors and his maternal uncles, Dev Anand, Chetan Anand and Vijay Anand, were Bollywood legends. But accounting was not Shekhar’s cup-of-tea: 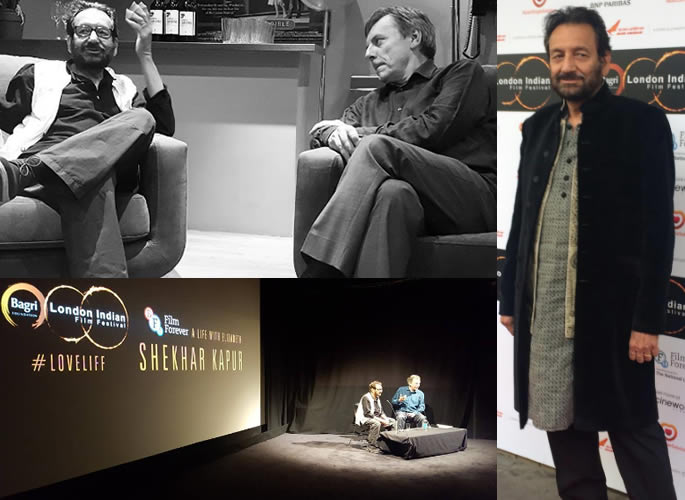 That’s when Shekhar returned to Mumbai to pursue his career in telling stories through the ‘visual medium’. When Nick questioned how Shekhar managed to get his foot in the door, there was a slight pause:

“I was having an affair with a girl who was a very big star at the time,” causing the audience to break out into hysterical laughter.

Kapur made his directorial debut with the cult, Masoom in 1983 which starred Naseeruddin Shah and Shabana Azmi in the lead roles. Shekhar was also recognised with his recurring role in the TV series Khandan, during the mid-80s.

This is the reaction of a financier when the 70-year-old director told the story of Masoom:

“I started to narrate the story and he started to yawn. Inside his yawn, I saw the end of me,” Shekhar says.

“If you look inside somebody’s yawn, you can see your future. Like Krishna saw the universe, I saw the end of the universe,” he laughs. 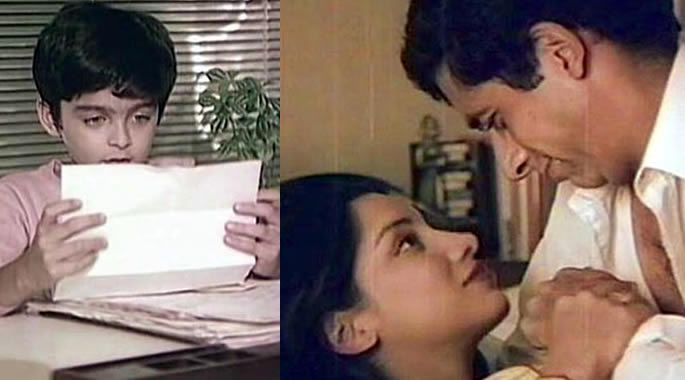 So he narrated the story of Erich Segal’s Man, Woman and Child, a novel which he just completed reading. Masoom was adapted from this and subsequently earned the Filmfare Critics Award for ‘Best Movie.’

But of course, this was just the beginning of Shekhar’s eventful journey as a filmmaker.

How Shekhar Kapur and team created the special effects without the use of green screen was truly phenomenal. Seeing this, Mogambo… Khush Hua!

“For the things where the invisible man (Anil Kapoor) was doing stuff, we used to have puppeteers. Then we would colour the threads so it couldn’t be seen on-screen. That’s when you would see a whip or gun floating around,” the director reveals.

We are then shown a short-clip of the scintillating song, ‘I Love You’. A song which leaves the audience pining for more!

Shekhar’s next release witnessed a rough journey with critics and audience. Yes, you guessed it right. We are talking about the 1994 Channel 4 release, Bandit Queen – a biopic on the dacoit-turned-politician, Phoolan Devi. Rightly so, it was a daring piece of cinema. 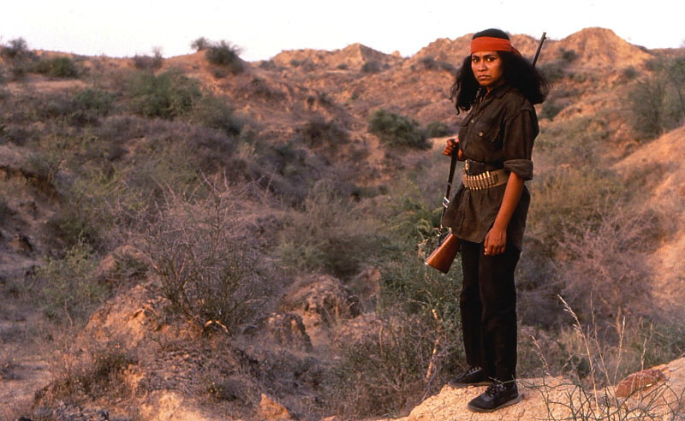 The movie marked the debut of Seema Biswas and raised many eyebrows due to the depiction of rape and abuse scenes. Shekhar eruditely justifies:

“Filmmakers make rape kind of voyeuristic. I wanted to make it about being naked, not nude. It was my desire to show rape as an act of humiliation.”

Clearly, the director did not shy away from the harsh reality of Bandit Queen’s bold content.

Despite the backlash he faced, the film won the National Film Award for ‘Best Feature Film in Hindi’. Shekhar also won the Filmfare Critics Award for ‘Best Movie’ and ‘Best Direction’. Subsequently, Bandit Queen was screened at the Cannes Film Festival and the Edinburgh Film Festival.

Shekhar Kapur went onto direct the historical costume drama, Elizabeth (1998) and the sequel, The Golden Age (2007). Both of which won the BAFTA award for ‘Best Film’ and two Academy Awards. 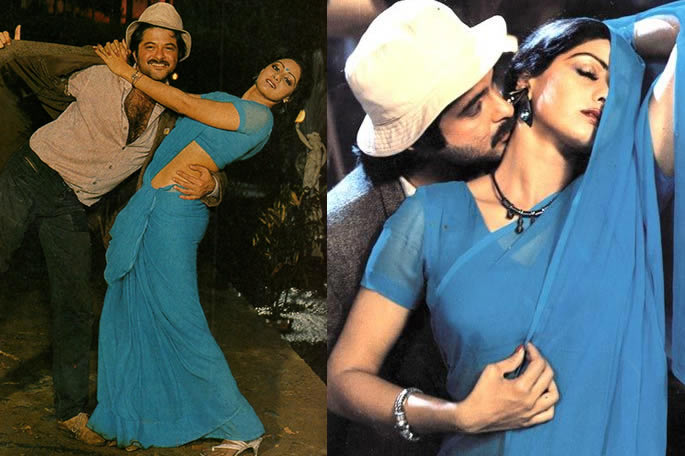 Elizabeth depicts the Queen discovering and creating her own ‘idea of divinity’. We are then shown a clip of Elizabeth’s coronation, where Cate Blanchett, essaying the titular role impresses with her tearful and poignant facial expressions.

Shekhar explained the significance behind the scene: “I wanted her to rehearse the scene and not remember the lines.”

This put Cate in bafflement as she was a theatre actress who wasn’t used to improvisation. But Shekhar urged her to act without the script.

He added: “A lot of tears and anger was directed towards me for making her do that.” 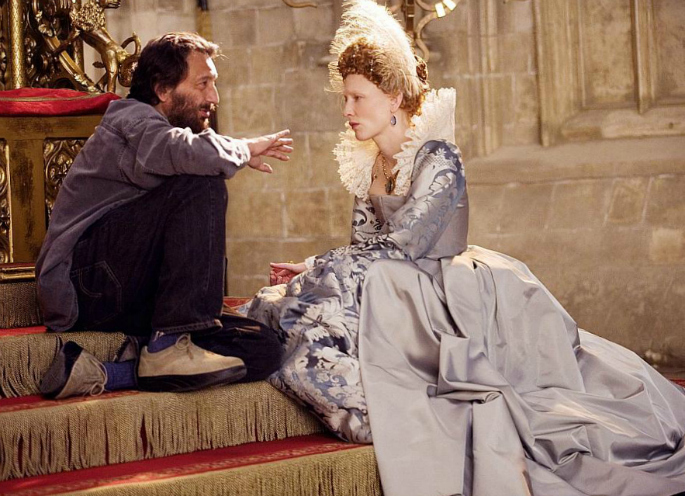 This is a perfect example of Shekhar Kapur’s cinematic excellence!

The Golden Age depicts the ‘conflict of Elizabeth because she was in love with Sir Walter Raleigh and having to become more divine and give up her earthly ideas’.

The filmmaker also hopes to make a third instalment: “Just going to wait for Cate to get a little older,” he laughs.

But on a serious note, he mentions how the film will focus on how Elizabeth faces ‘mortality’- as it is believed that the Queen herself was afraid to die.

Overall, the talk and Q&A celebrated the creative art of Shekhar Kapur’s movies. His upcoming ventures include a Shakespeare project and he is also ‘serious’ about making Paani his next project.

To find out more about film screenings and special screen talks across London and Birmingham, visit the London Indian Film Festival website.