Top Foldable Smartphones to Look Out For in 2020

2019’s emerging trend is foldable smartphones. With them likely to be a major technological aspect in 2020, we look at a few devices to look out for.

Samsung stated that the issues have been addressed.

When it comes to mobile phones, there are new trends emerging all the time and it now appears as though the attention has turned to foldable smartphones.

The new tech has started to emerge in 2019 with devices like the Samsung Galaxy Fold but it looks likes it will be in the mainstream during 2020.

As the size of phone displays continue to increase, the folding screen allows the phone to bend in the middle and be both a normal-sized phone and usable tablet.

The appeal is evident as users get the productivity-boosting powers of a large screen which can be folded for maximum practicality.

Although foldable smartphones are revolutionary, it has proven to be difficult due to system failures as well as the cost.

But manufacturers have worked to get them right and more companies are obtaining patents for foldable devices.

While official images of the phones have been released, there are only concept images for others.

It is safe to say that the era of foldable phones is upon us even though they have arrived later than expected in 2019.

Many more will be released in 2020, meaning that they will be a driving force in the smartphone world.

Here are some of the foldable devices which have already been released as well as others which are planning to come out.

What is a Foldable Smartphone?

A foldable smartphone allows access to a larger tablet-like display when the device is unfolded while maintaining the functionality of a standard phone.

The way in which the screen can fold varies. They may wrap around to the back of the device when folded or have a booklet-like design where the folded screen is on the interior and a screen on the front allows people to use the device without opening it.

The first signs of foldable smartphones came in November 2018 from Chinese company Royale who showcased the Royale Flexpai, however, the tech was not quite there.

Samsung teased their new device later that month before officially unveiling the Galaxy Fold at the Mobile World Congress (MWC) in February 2019.

Over the course of 2019, companies like Huawei released their foldable device and as we move to 2020, it does not look like the trend will be stopping. 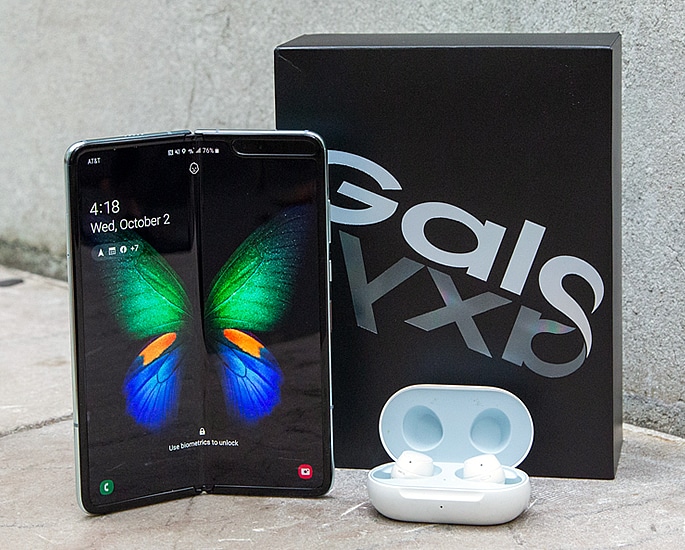 The Samsung Galaxy Fold is arguably the most high-profile foldable smartphone but it experienced its fair share of problems.

Prior to its impending release in April 2019, critics pointed out problems regarding the phone’s display. In some cases, users mistakenly removed the protective plastic layer which rendered the screen inoperable.

The release was rescheduled for September 2019 and Samsung stated that the issues have been addressed. The protective layer now extends past the bezel which should prevent users from trying to remove it.

When unfolded, the display expands to 7.3 inches and a feature allows you to resume the app you had opened before unfolding the phone.

In terms of software, the Galaxy Fold lets users run three apps alongside each other. Any app that is being used on the front of the device will seamlessly switch to the middle once you unfold the phone.

The 5G-enabled device is filled with tech including 12GB of RAM and a whopping 512GB of storage. It also has six cameras, three on the back, two inside and one at the front.

The batteries are split into two because of the fold which lasts over 10 hours.

However, all this tech comes at a price because it costs around £1,900. It is also quite limited for example in the UK, it is only available in certain cities. 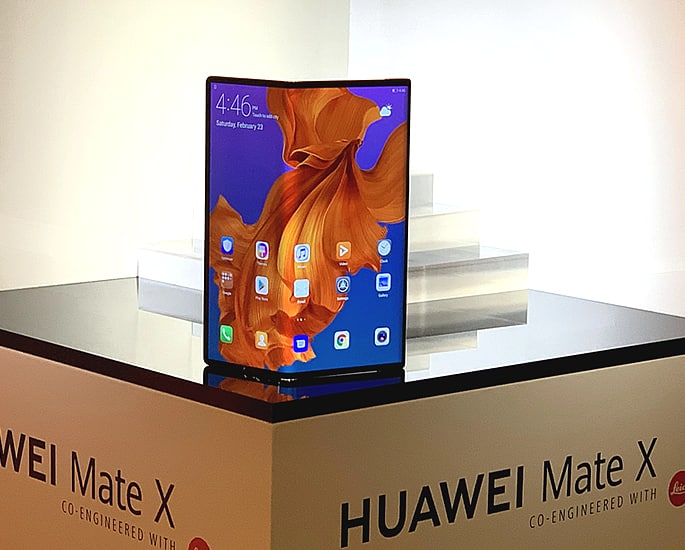 The Huawei Mate X is one of the most recognisable foldable smartphones but it looks like the phone will only be available in China for now.

It is set to arrive on November 15, 2019, which is far later than the company promised.

A spokesperson said that more testing was required in order to avoid the issues that Samsung experienced. The Huawei spokesperson explained:

“We don’t want to launch a product to destroy our reputation.”

Nevertheless, there is a lot that comes with the phone as it unfolds into an 8-inch tablet. When shut, there are screens at the front and at the rear as well as a grip holding the camera technology.

It also seems more practical as it is just 11mm thick so it should easily fit into one’s pocket.

The Huawei Mate X features a powerful Kirin 980 processor though that is not the manufacturer’s most up-to-date chipset.

The Kirin 990 has a built-in 5G modem which is likely to be in an updated Mate X which will probably release in 2020.

But Huawei’s folding phone is not cheap. In fact, it is more expensive than the Samsung Galaxy Fold at £2,000. 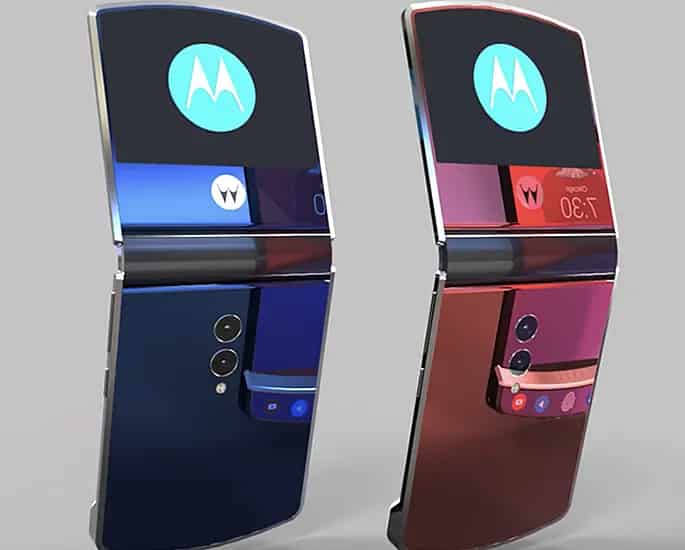 Motorola is now owned by Lenovo and they may bring back the iconic Razr in the form of a foldable smartphone.

Lenovo CEO Yang Yuanqing said that folding screens may be the key to reintroduce the Razr, a compact flip phone that expands into a full screen similar to the phones we have today.

There will also be a secondary display in the centre as well as a single-lens camera at the rear.

A foldable screen was hinted at MWC 2018 by Lenovo’s CEO Yang Yuanqing who said:

“With the new technology, particularly foldable screens, I think you will see more and more innovation in our smartphone design.

“So hopefully what you just described [the Motorola Razr brand] will be developed or realised very soon.”

The company has obtained a patent for a folding phone and have essentially confirmed the future release after Motorola vice president of global product Dan Dery said the company has “no intention of coming later than everybody else in the market”.

It is likely that the phone will release sometime in 2020. According to The Wall Street Journal, it will cost in the region of £1,500. 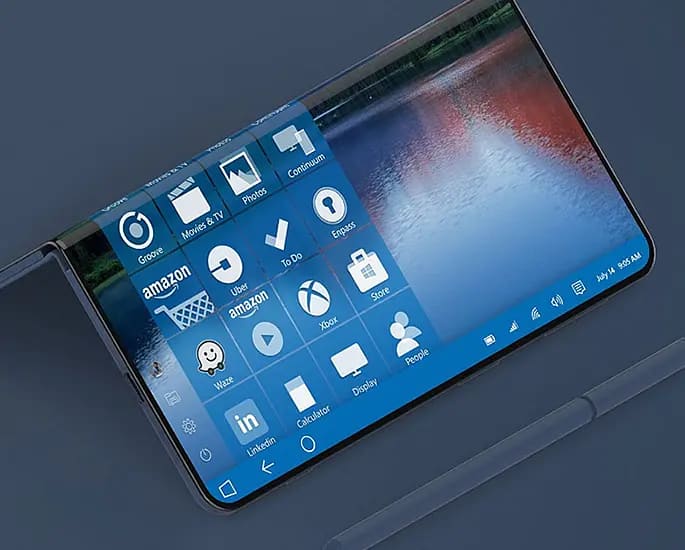 One company that plans on creating a foldable smartphone is Microsoft who have come up with a new device.

The Surface Duo is a smartphone running Android that features two 5.6-inch displays.

Users can flip around the screens, which can rotate 360 degrees to use either as a phone or tablet.

When the screens are side by side, users will be able to perform multiple tasks at once, stretch one app across both screens or use the second screen as a keyboard.

Microsoft promises that it will have a slim design, giving it an advantage over foldable phones which are bulkier.

It is essentially a pocket PC that may even come with a stylus. The Surface Duo is truly a hybrid device.

For the future, Microsoft will also look to modify its Windows platform for any foldable devices that they are working on.

They also plan to develop useful in-built apps to work on dual-screen and foldable devices.

But for those eager to buy the Surface Duo will have to wait. The phone is not planned to release until the second half of 2020 and the price has not been announced yet. 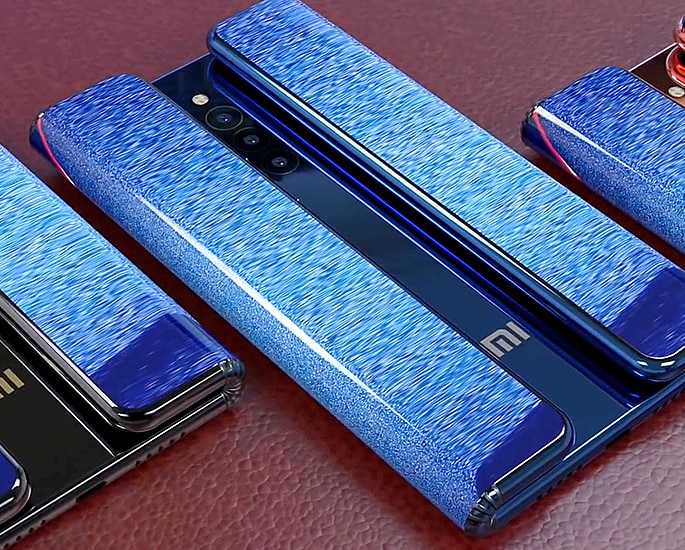 Although official pictures have not been revealed, Xiaomi will be creating a foldable smartphone after they teased it in a promotional video.

A prototype showcased the phone in tablet mode but both sides are later folded at two points, leaving only the middle third of the device on show.

If the prototype turns out to be the final design, then it will be eye-catching.

It is a double-folding device where the top and bottom of the screen fold down, leaving you with a compact smartphone.

The design means it will be much more unique than rival devices but it looks quite chunky.

Alongside the video was a message by Xiaomi president and co-founder Lin Bin who wrote:

“Xiaomi double folding mobile phone is coming! This symmetrical double-folded form perfectly combines the experience of the tablet and mobile phone, which is both practical and beautiful.

“Although it is still an engineering machine, it is sent out for everyone to see. If you like it, we will consider making a mass production machine in the future.”

He also asked for suggestions on what the new phone should be called.

“In addition, we want to give this engineering machine a name, what do you think is good? I think of two: Xiaomi Dual Flex, Xiaomi MIX Flex.”

It is a smartphone where hardly any details have emerged but the prospect of a double-folding phone is exciting.

Foldable smartphones have emerged in 2019 and expect them to become even bigger in 2020.

More manufacturers will announce them as the focus is productivity coupled with practicality.

As 2020 looks to be the year of the foldable smartphone, it is possible that Apple’s next device will be one especially since they obtained a patent.

Although the risks are evident, they will change the way smartphones are created when done right.

Disclaimer: Concept or representational images have been used for some of the phones.

The Last of Us Part II: The Final Epic for PS4
India is becoming a Wedding Destination for Foreigners