7 Smartphones expected to Release in 2020

With smartphones increasingly becoming more advanced and a bigger part of our lives, we look at seven which are expected to release in 2020.

When it comes to smartphones, the technology seems to be moving at an alarming rate.

The year 2020 looks to be a particularly big year as more smartphone companies are introducing new developments like 5G connectivity as well as foldable devices.

Smartphones and their features are exciting for buyers as see such innovatively designed devices with advanced software.

Speculation about the smartphones of 2020 have already started and while some of the features are not confirmed, companies have discussed them meaning that are expected to be in new devices.

We look at seven innovative smartphones that are expected to be released in 2020. 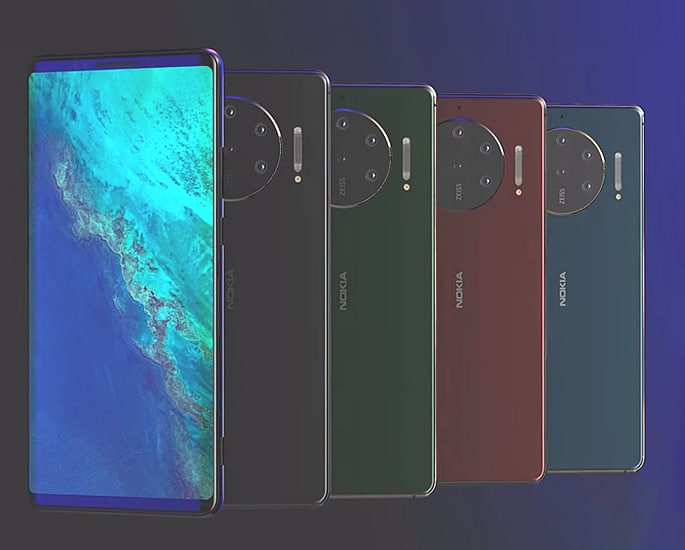 One of the most anticipated smartphones that is expected to release in 2020 will be from Nokia and it is set to be called the Nokia 10.

Fans of the Finnish company are excited for its eventual release as it will be packed with 5G technology.

The phone will feature a combination of two 48MP lenses at the rear. One will be wide-angle while the other is telephoto but both will have 4-axis Optical Image Stabilisation (OIS).

It is a technology for cameras that physically moves the camera lens to compensate for camera movement.

Users will also be able to use a 16MP front-facing camera for photos and video calls. One exciting aspect is that the Nokia 10 is said to be capable of recording 1080p and 4K videos.

It will have a 6.5-inch display and other features ensure that it is water and dust resistant.

The device is also set to come with an in-display fingerprint scanner which works by capturing the reflected light of the fingerprint through the OLED pixels. 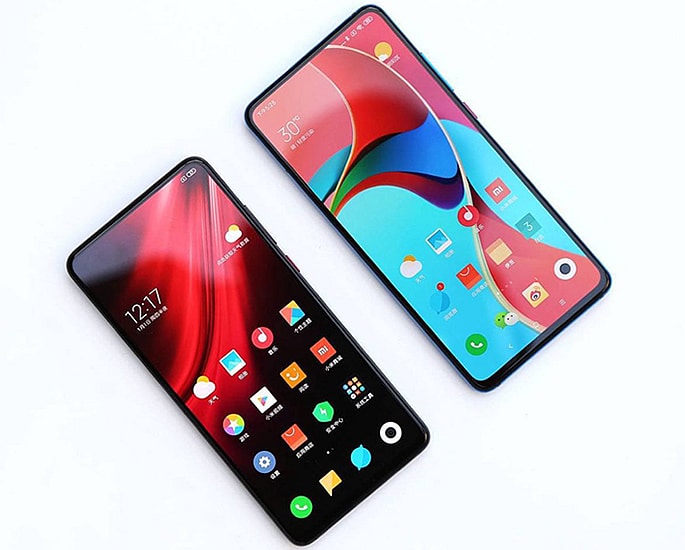 Chinese manufacturer Xiaomi is expected to launch the successor to the hugely popular Xiaomi Mi 9.

If the reports are to be believed, then the Mi 10 will be launched a few days before the 2020 Mobile World Congress (MWC) which takes place in Barcelona and gets underway on February 24.

It will be the flagship device and it is geared up to have a Super AMOLED capacitive touchscreen coupled with a 6.5-inch screen for a high-resolution display.

The Xiaomi Mi 10 will also be powered by a Qualcomm Snapdragon 865 chip as well as containing 12GB of RAM.

The smartphone is reported to have a 64MP camera though the company has not confirmed it.

However, it will be 5G supported and will have a 5,000 mAh non-removable battery which is significantly more powerful than the previous battery (3,300 mAh).

The internal capacity will affect the price but it is expected to set buyers back around £500 which suggests that it is one of the most reasonably priced smartphones of 2020. 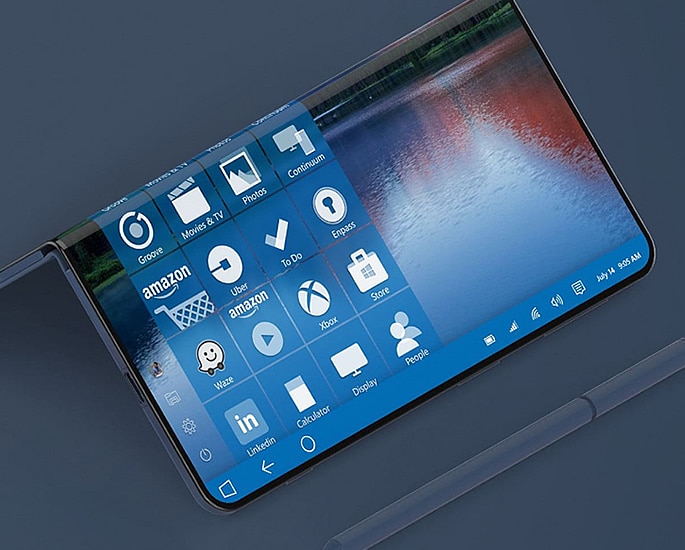 Microsoft is one of the world’s biggest technology companies but it is always looking to grow even bigger. It plans to do so with its new smartphone.

Foldable phones look to be a big trend for 2020 and the Microsoft Andromeda will follow suit. It will have a flexible screen which will open to create a screen the size of a small tablet.

It will have a flip-phone design without any buttons and may even come with a stylus. The Andromeda is a hybrid device with the functionality of both a smartphone and a tablet.

Microsoft will also look to modify its Windows platform for any foldable devices that they are working on in the future.

They plan to develop useful in-built apps to work on dual-screen and foldable devices.

Though the device is expected to release in 2020, it may even come out towards the end of 2019 but getting a foldable screen to work properly is an ambitious task. 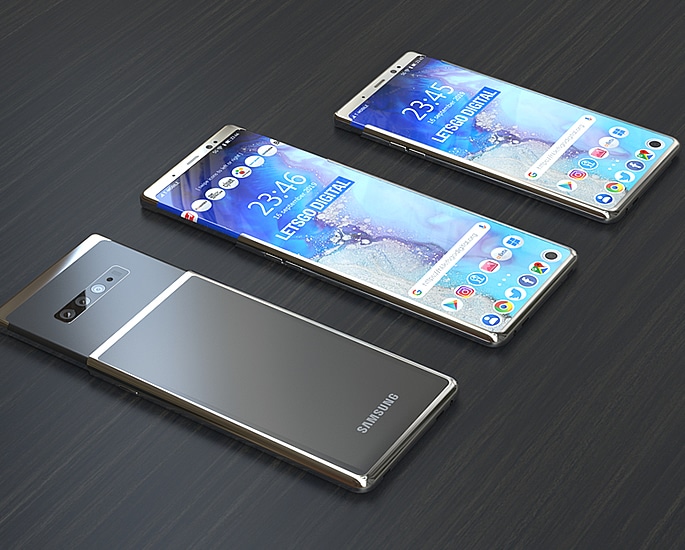 Samsung is one of the world’s most popular smartphone manufacturers and its Galaxy S line are their flagship models.

The Galaxy S11 is expected to be released in 2020 and it looks to be one of the most technical phones out there.

It is possible that the phone could have an expandable display, meaning that the screen has a sliding mechanism.

According to LetsGoDigital, the flexible Dynamic OLED screen is said to fold at the bottom. Doing so will allow it to wrap around a shaft, letting it fold back on itself.

The screen will slide up, effectively unfolding on the inside, creating a larger surface area for the user.

It is also likely that the Android device will have an advanced camera sensor which will be capable of capturing 64-megapixel images.

Coming in a range of colours, the Samsung Galaxy S11 will be a popular choice of phone in 2020 but the tech specs indicate it will not be cheap. 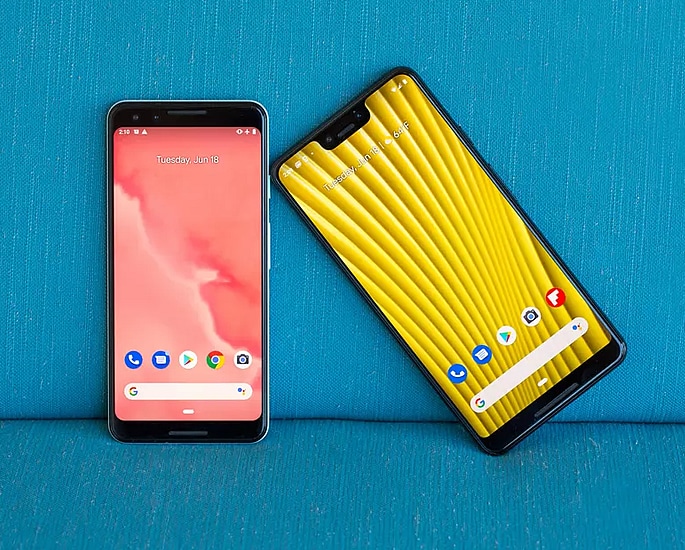 Even though the Google Pixel 4 has not been released yet, the attention has already turned to its successor and what advancements will be made.

The device may not have more RAM or a better battery but other aspects will be fine-tuned and optimised for the user.

The camera design of the Pixel 5 will be a large, square bump similar to the Pixel 4 which will house two cameras.

In terms of design, it is expected to have a simple, sleek design like the Pixel 4 but Google may choose to follow the trend of other smartphone companies.

They may introduce a foldable smartphone to compete with rivals as well as a regular version.

The features are just speculation but since the Pixel line of phones has been successful, buyers already know that it will be a high-end device. 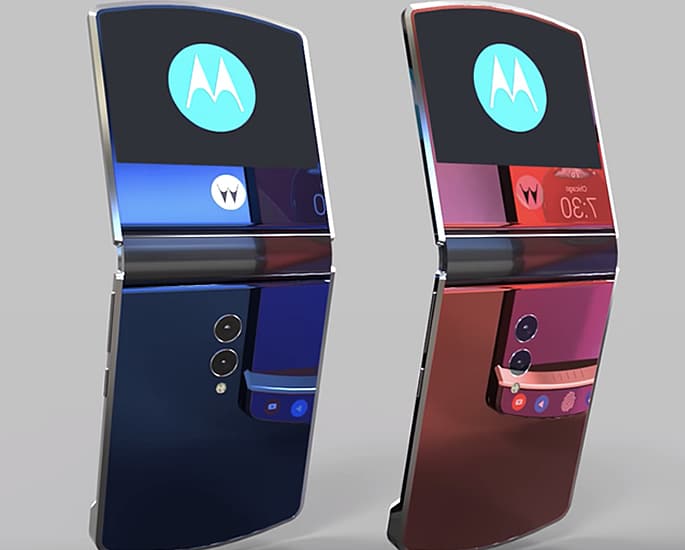 The Motorola Razr was first introduced in 2004 and it was a huge success, eventually becoming the world’s best-selling flip phone.

It was hugely popular thanks to its striking appearance but the company was divided into two following huge financial losses.

The company was acquired by Lenovo in 2014 and the Razr looks to be making a return in 2020.

It is set to follow a similar appearance to the popular design but with a modern-day twist. The Razr V4 will reportedly have a foldable screen that facilitates the flip-phone design.

There will also be a secondary display in the centre as well as a single-lens camera at the rear.

A foldable screen was hinted at MWC 2018 by Lenovo’s CEO Yang Yuanqing who said:

“With the new technology, particularly foldable screens, I think you will see more and more innovation in our smartphone design.

“So hopefully what you just described [the Motorola Razr brand] will be developed or realised very soon.” 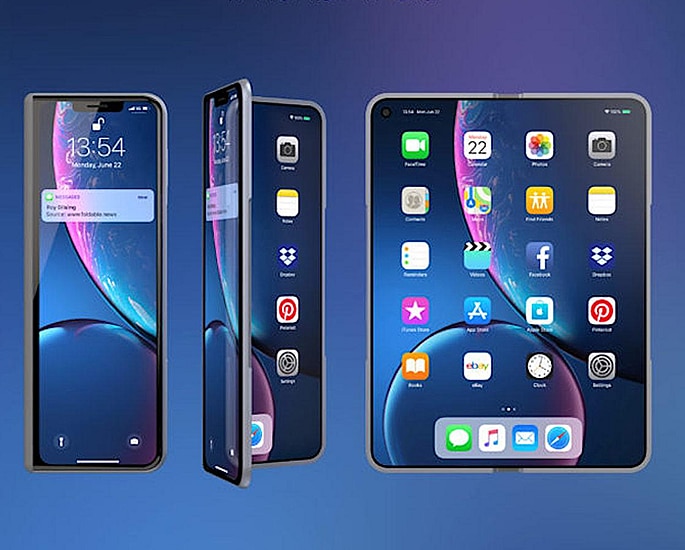 We look to 2020 and the rumours about the new phone/phones have already started to circulate.

It is certain that the new device will support 5G connectivity and a new chip will be used to make the performance even better.

The new cameras were the main feature of the iPhone 11 so they may develop that even further so that it can run based on Artificial Intelligence programs.

Apple tends to release different phones each year with one being a lower-priced model.

In 2020, they will most likely announce the iPhone 12 which will cost less but the flagship model is speculated to be foldable.

The company has booked a patent which indicates that it will be foldable but getting it right has so far been difficult. Although a foldable phone has not been confirmed, rumours suggest that if it is true, it will be called the iPhone X Fold.

The phone will still include top-end hardware to make it look stunning from all angles.

However, since iPhones cost £1,000 and upwards, do not be surprised that the new devices have a hefty price when they are announced at their annual keynote event in September 2020.

Just like 2019, 2020 looks to be an innovative year for smartphones. Apple, Samsung and Huawei will continue to try and be the number one smartphone brand in the world.

However, as companies are still working on their products, some of the talked-about features may change depending on what the company wants to do.

Aspects like the phone’s design and its features are a huge part which will be explained in more detail as their releases get closer.

Nevertheless, the prospect of new smartphones and their technology in 2020 is an exciting one.

Disclaimer: Not actual images of the phones. Concept or representational images have been used.