The announcement to close the BBC Asian Network radio station as a national channel has resulted in protests by many. Ranvir Verma wants to show his support for the station by walking backwards from London to Birmingham.

It is something I am doing from my own initiative

One man is on a mission to save the BBC Asian Network. Ranvir Singh Verma, frontman of band Universal Taal, is walking backwards from London to Birmingham in a bid to raise awareness of BBC plans to axe the Asian radio channel. He will start his walk at the Asian Network’s Bhangra Flash Mob to take place on the 22nd May 2010 at an undisclosed venue in Central London. He is currently training in preparation for the walk.

The BBC announced plans to reduce BBC Asian Network into a localised service, thus, stripping it from its national status due to cost saving and new service plans for BBC output. The plans are under public consultation currently with the BBC Trust looking at responses from the public towards the new service plans. Ranvir is showing his support for the station by walking backwards.

DESIblitz caught up with Ranvir as he psyches himself up for the challenge and asked him more about his reasons for doing this special walk for a cause.

What inspired you to do the backwards walk?
The inspiration behind my backwards walk are babas and yogis like Lotan baba, the man who rolled across India for peace. He sent out an amazing message to people and inspired many in a positive way. My father suffered a stroke last year and cannot walk any more, to be able to walk is a gift …so I got to use it in a positive way. My father and mother are massive inspirations to me.

Why backwards?
The reason I have chosen to walk backwards is because of the proposed cuts to lose the BBC Asian Network and 6 Music. I feel loosing these two highly valued stations would be a very backward step for this country so this is my way of showing this. My slogan is “4 WORDS NOT BACKWARDS” SAVE THE ASIAN NETWORK.

Are you sporty?
Yeah I love health and fitness and think its an important and natural part of life. Stretching and exercise are really good for you. Stretching the body stretches the mind.

Did you have to train for the backwards walk?
Yeah, I’m in training at the moment, some weights, walking backwards, running, and uphill backward running, as well as lots of stretching, loading up on carbs and plenty of ghee. 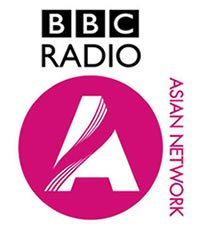 What does the Asian Network mean to you?
The Asian Network is a massive part of my life- the music, arts, and culture it provides informs and educates many people [with] an historical and cultural perspective- past, present and future. Connecting us all within the UK. It showcases lots of new UK talent which otherwise may be lost on the radar. The Asian Network is a voice for British Asians and cannot be lost. We need a voice to be heard and to be able to express who we are as British Asians. Artistically and culturally because these things are never static they are constantly evolving.

We live in a western culture with roots in many countries. What the mainstream provides does not always represent who I am or who many British Asians are. I lived through the stereotypes the mainstream dished out to black and Asian people. We need to be able to represent who we are in our own way and not have to compromise on that. The Asian Network embraces the Asian diaspora worldwide and keeps us in touch in the UK with what is going on musically and culturally throughout the world.

Is the walk an official Asian Network event?
It is something I am doing from my own initiative. I know the Asian Network are aware of my walk, hopefully I will get some news coverage. Its very tricky for them because they have to abide [by] certain rules.

Are you getting sponsorship for the walk?
No I’m not getting sponsorship because I don’t want to distract from what I’m doing. I think its best to support one cause at a time. I am however planning to do further things for charity. Particularly the Stroke Association. 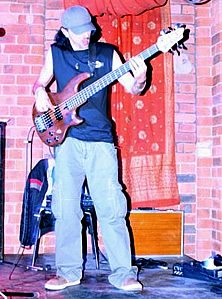 Tell us about your band – Universal Taal?
Universal Taal Project is the culmination of my live playing, studio recording, composition and production. My main instrument is bass. I also play keys, guitar and percussion. Taal or rhythm cycle represents the universal rhythms of nature and life within us and all around us. Music beyond definitions or boundaries, crossing many cultures and sounds.

What kind of music do you play?
Universal Taal Project experiments with breakbeats, electronics, dubstep, dnb, bhangra, Indian classical, bollywood, jazz, funk, soul, reggae, hiphop, experimental and much more to bring you a unique sound that features an array of artists. Always moving never static, Universal Taal Project is a sound beyond limitations and definitions- a journey beyond the mind.I have a passion for experimenting and fusing styles to create new sounds. This is who I am my life and music are a fusion.

Do you play gigs or clubs?
Yeah, Universal Taal Project will be performing live on the 12th June at Cargo in London with a full live band. A night hosted by Shaanti and Champion Sounds. Other artists on the bill include Shri and Transglobal Underground. It’s free before 11pm so please come down.

TV broadcasts include BBC (Desi DNA) MTV India (to over 24 million people) and to the whole of South America on the Sony Entertainment Channel.

Tell us which route (roads) your walk will be taking so that people can come down and support you?
I will be Starting my walk from the Bhangra Flashmob in central London on the 22nd of May, and then walking to Luton, Northampton, Coventry and Birmingham. Taking the most direct route that I can. It would be great if people can join me along the way in support and I’m hoping for dhol drummers and musicians to join me. I will be posting updates and video blogs on facebook “The man who will walk backwards to save the asian network and 6 music” group as well as youtube. So please take positive action and get involved. Here’s the main towns I’m passing through on my route to Birmingham- London, Hemel Hempstead, Bicester, Stratford upon Avon.

You can follow Ranvir on facebook group: ‘The man who will walk backwards to save the asian network and 6 music.’

S Basu wants to explore the place of Indian diaspora in a globalised world in her journalism. She likes being a part of contemporary British Asian culture and celebrates the recent flourishing of interest in it. She has a passion for Bollywood, Art and all things Indian.
Six Asian Women MPs elected in UK
Karma Nirvana forced marriages roadshow