After the public consultation, the BBC Trust has released it’s interim report on the future of the BBC Asian Network radio station. Concluding that it intends to close the station nationally and down-size it for regional broadcasting.

BBC Asian Network’s performance has been a disappointing one

Despite the support for the BBC Asian Network, the BBC Trust has accepted plans to close the radio station as a national DAB service. The BBC Trust received over 3,000 replies for the BBC Asian Network during the consultation phase. However, it was not enough to keep the station going in its current status, in comparison to the overwhelming support received for BBC 6 Music, the other station ear-marked for closure. The BBC Trust chairman Sir Michael Lyons said that the case for the closure of 6 Music had not been made.

“We acknowledge the Asian Network is performing poorly and the case for closure could be consistent with the strategy we are setting; we would consider a formal proposal from the BBC to close it but would need to be convinced that any alternative proposed would be a clear improvement in terms of overall public value for British Asian audiences.”

During the consultation stage, the BBC Trust received 1,572 online responses, 1,437 email responses and 42 letters related to the BBC Asian Network. It emerged that the theme of the responses related how the station nurtures the British Asian identity compared to being just a member of a local community, whilst at the same time recognising the diversity within British Asian communities. 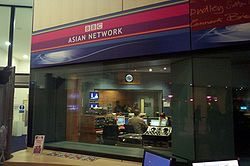 There is clearly a risk that this would be lost if it were to be closed as a national service. Asian Network also provides an important outlet for the Asian music industry and means of encouraging new writing and performing talent, all points which have been made in response to our public consultation.

The conclusion stated that in successive Annual Reports the BBC Asian Network’s performance has been a disappointing one. Changes in the station’s strategy over the last few years to become more ‘youthful’ and attract more younger audiences failed. The consumption by younger listeners declined the most and the most recent audience figures show reach continuing to decline. Whereas, the relative success of commercial radio stations in this area has grown and listenership has increased; including the growth of community and Internet radio stations catering for such audiences.

Despite the gloomy figures, it is evident there is still a need for the station in some format. The BBC Asian Network does still deliver some real value to its audience. The review states, “For instance, 48% of Asian Network listeners do not listen to any other BBC radio station and of the rest of the portfolio only Radio 1 reaches the Asian community at all effectively. While it is true to say that awareness of the station has fallen to around 27% of Asian adults (down from 41% in 2005) awareness of all BBC radio stations has fallen over this time and Asian Network awareness remains comparable to that of other digital stations.”

The Trust does recognise that the BBC Asian Network is an important outlet for the Asian music industry and that it is a platform to encourage new writing and performing talent. Therefore, they have said a different proposition is required to meet the needs of the British Asian audience, in the most effective way possible.

With regards, to moving forward to decide the future of the BBC Asian Network, the BBC Trust says,

This is the interim conclusion by the BBC Trust regarding the closure of the BBC Asian Network as a national station. A further report will be published to finalise the decision and look at the way forward to provide a suitable BBC Asian Network radio service at a regional level.

Jas likes to keep in touch with the world of music and entertainment by writing about it. He does like hitting the gym too. His motto is 'The difference between the impossible and the possible lies in a person's determination.'
Temporary limit on UK Immigrant workers
Racism holds you back at Work