Racism holds you back at Work

A survey by the Community’s Race for Opportunity unit found that many of the ethnic minorities are being held back in their work due to their race and the impact of this has led to ‘no go areas’ for careers in the UK.

Racism was seen as effecting all professions

British Asians in the UK excel at school and a high proportion enter university but when it comes to the working world it’s a different story. Black and ethnic minority (BAME) people still face barriers to carrier progression and feel that many of the high paid occupations are closed off to them.

Aspirations and Frustrations, a survey carried out by Business in the Community’s Race for Opportunity (RfO) unit, interviewed 1500 people from all ethnic minorities on their experiences at work. They were asked more than 20 questions on their attitudes towards their goals, their attitudes to life, their views of different industries and their views of particular well-paid or high-profile professions.

Companies and employers have made great strides in making the work place a fairer place for people of all backgrounds. Racial discrimination has been illegal for many years. Equality and diversity policies are common place. However, the survey found that those who experienced racism came across attitudes which haven’t changed since the 70’s. BAME cited the old boy’s network and subtle work place cultural factors as a particular obstruction to success in their careers. 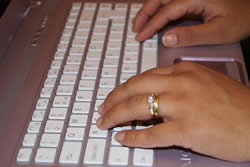 Ethnic minorities have high aspirations for their career and lifestyle. A high proportion enter university courses for law and business. Medicine and teaching are also popular choices. Many feel that careers in the media, banking and politics are inaccessible. High paid careers are not seen as a “genuine option” for most respondents of the survey. The general attitude was that these jobs “are not for the likes of us.”

A lack of role models, particularly BAME role models, prevents many receiving the right kinds of advice to progress in their careers.

9 out of 10 questioned said they had set personal life goals. 7 out of 10 defined success as achieving their life goals. Getting a good job was an integral part of success for 40% of people taking part in the survey.

The survey focused on attitudes to 9 careers: Politics, Armed Forces, Police, Medicine, Banking, Finance, Law, Education and Media. 16% of BAME said they were not interested in any of these professions. Banking was a no go area for 44%. 34% saw banking and media as cut throat. Medicine and education were seen as the most “amenable” occupations. 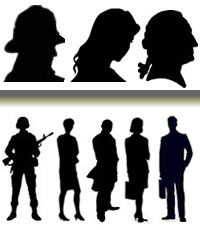 Once they gain entry into a profession they still have to negotiate their way up the career ladder. Around 1 in 10 stated that at least one of the occupations mentioned “offered little chance of career progression.” Only 30% believed it would be easy to find a job in these occupations.

Law. Banking and politics are considered hostile. The media is thought to be the hardest to break. Politics was seen as a career with little information about entry level requirements. Most BAME were unsure about law and banking. All these professions were seen as “difficult to work in.” Answers given by BAME were less positive than their white counterparts.

The best paid professions were seen as openly hostile to BAME candidates. The police was particularly singled out as a occupation marred by racism. The old boy’s network with white people using family and friends as contacts to further their career was seen as giving them an advantage over BAME. This kind of contact was considered to be closed off to BAME.

Race for Opportunity find the results of this survey disappointing. They say that it is

“a sad fact of modern day Britain that the workplace is not as ethnically diverse as the society we live in.”

A previous survey carried out by the organisation found that 10.3% of the population are BAME but only 6.3% of people in management are minorities. Race for Opportunity state that this is not an equality or equity issue but a drive to ensure that Britain’s workplaces take advantage of the best talents offered by all of its population. 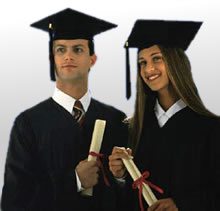 High proportions of BAME enter university but this potential will be wasted if the occupations are not employing these graduates. With 1 in 4 ruling out the main professions, the future workplace will not have a fair ethnic mix compared to the current one.

Race for Opportunity say that the “Government must guard against any complacency that race is no longer an issue in UK Plc.” They have set out recommendation to improve opportunities and attitudes amongst BAME and their prospective employers. Race must be given equal weight as gender in workplace issues.

Employers must ‘widely promote’ its job and internship opportunities to ethnic minorities. Schools and universities must ensure that BAME see these careers as viable options. Schools were there is little history of BAME entering law, medicine and banking must provide information and advice about these professions. Wider career support networks are needed within workplaces. The Government Whitehall policy of one BAME in every department must be widely adopted.

S Basu wants to explore the place of Indian diaspora in a globalised world in her journalism. She likes being a part of contemporary British Asian culture and celebrates the recent flourishing of interest in it. She has a passion for Bollywood, Art and all things Indian.
BBC Asian Network to close Nationally
British or Asian? The Identity Crisis