The Home Secretary, Theresa May, has announced a temporary cap on the number of migrant workers coming to the UK from non-EU countries between now and April 2011. A move to stop a rush of immigrants before a final system deployed.

"there shouldn’t be any knee jerk reaction"

The new British coalition government will be imposing a temporary limit on the the number of non-EU migrant workers coming into the country, from June 2010 now to April 2011.

The temporary immigration cap will allow only 24,100 workers from outside the EU. This cap was revised further to a revolt in the cabinet, which then agreed that executives from multinational companies and other highly paid foreigners will be exempt from the strict limit. A cabinet source stated that they are satisfied that companies that want to move senior managers to this country will not in practice be hit by the cap.

The Home Secretary, Theresa May formalised the temporary cap on workers entering Britain from outside the European Union on Monday 28th June 2010.

May said, “We are giving a very clear message to those people who have been concerned about immigration, to the general public that not only are we delivering on our promise to have that annual limit but we are making sure that we take the necessary action so that we don’t get a rush of people coming in.”

There will be a subsequent full review of the system which will engage public consultation, designed to meet the Conservative target of keeping annual net immigration down to less than 100,000. This will be introduced in 2011.

Vince Cable, the Business Secretary said, “It is very important for the national economy that we have a flexible system. Overseas students bring a great deal of benefit to the universities sector, and it is absolutely crucial for businesses operating in Britain.” He added, the “government’s objective is to reduce regulation and make it easier for business to operate.”

The agreement between the coalition government of Conservatives and Liberal Democrats says,

“The Government believes that immigration has enriched our culture and strengthened our economy, but that it must be controlled so that people have confidence in the system.”

In addition it says, “We will introduce an annual limit on the number of non-EU economic migrants admitted into the UK to live and work. We will consider jointly the mechanism for implementing the limit.” 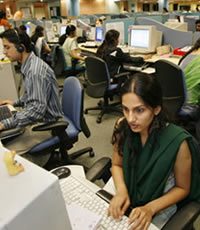 A spokesman for London mayor Boris Johnson also expressed opposition to the annual cap and said, “A crude cap could be very detrimental to the free movement of the talented, creative and enterprising people who have enabled London to be such a dominant global force.”

The director of Highly Skilled Migrant Programme (HSMP) Forum, Amit Kapadia, said, “We don’t think that any sort of cap would work out. It would be unworkable. The effects remain to be seen, but if the government really tries to implement drastic measures it is going to cause a lot of unhappiness, especially among migrants who work hard and pay taxes.”

It is anticipated that this cap will have adverse affects on Indian professionals because most non-European Union migrants to the UK come from India. Indians have been among the largest group of professionals recruited in the IT, medicine, education and services sector every year.

Kapadia added, “Taking taking such drastic measures will affect UK businesses and in turn it will affect the economy. What we feel is there shouldn’t be any knee jerk reaction just to show that the government is tough on immigration.” 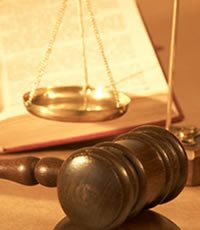 The Legal Services Commission (LSC) terminated RMJ’s contract, sending it into administration 10 days after the termination. Approximately 330 people employed by RMJ work on asylum claims, trafficking and immigration cases, and it now means all former clients of RMJ now face the prospect of being deported due to having no lawyers to fight their cases.

The test case will demand assurance from the Home Secretary that nobody will be deported until new lawyers are appointed. As part of this move, the Government will also be called upon to either continue the funding of the RMJ or cover the costs of transferring the cases.

Amit enjoys creative challenges and uses writing as a tool for revelation. He has major interest in news, current affairs, trends and cinema. He likes the quote: "Nothing in fine print is ever good news."
English test for UK Immigrant marriages
BBC Asian Network to close Nationally