"Last year’s inaugural event was spectacular, and set the bar high for 2011"

Tuesday 18th October will see some of the world’s most successful Asian stars in business, philanthropy, music, sport, the arts, science and cinema gather at the Asian Awards in partnership with Lebara in London to celebrate the greatest achievers across all walks of life. 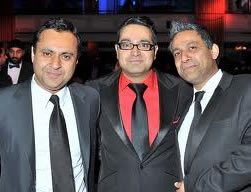 Commenting on why the Asian Awards stand out from other awards programmes Sonny Takhar, Head of Marketing at SYCO Entertainment and Sony award-winning DJ and broadcaster Nihal Athanayake, said:

“There aren’t enough opportunities to celebrate Asian talent at this level in this country in such a mainstream way,” said Takhar, who praising the Asian Awards as a major platform for showcasing talent to a wider audience.”

“To be respected as an accolade you need outstanding people to receive it – and the Asian Awards have done that better than any other,” added Nihal.

“These awards are about recognising the massive contribution made by the Asian community to this country, and the world, but they’re also about integration – because these nominees are citizens of countries outside Asia.” 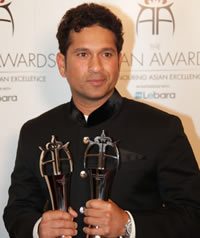 As a celebration of excellence among the global Asian community, The Asian Awards were launched in 2010 to recognise and reward the outstanding achievements of individuals born in or with direct family origin from India, Sri Lanka, Pakistan or Bangladesh across all disciplines of life – from business to the arts, culture, sport and public service.

The Asian Awards were an ambitious idea conceived by Paul Sagoo, Entrepreneur and Founder of Lemon Group, and realised by co-founder Caroline Jackson Levy, Managing Director of UBM Awards. “Our goal was to celebrate the highest calibre of individuals from the Asian community across all spheres of activity,” said Sagoo. “Last year’s inaugural event was spectacular, and set the bar high for 2011. This year, we will take it a notch higher,” added Jackson Levy.

DESIblitz met up with Paul Sagoo, co-founder of The Asian Awards and Kamel Hothi from the sponsor, Lloyds Banking Group to find out more about these auspicious awards. See what they told us in our exclusive interview:

Kamel Hothi of Lloyds Banking Group said: “This is just one way of really show casing that Lloyds is keen to actually go out and support the community.”

There are 15 Award categories in total:

Over 1000 of the most influential and important leaders from the Asian diaspora around the world will attend the Asian Awards 2011, 18th October, Grosvenor House, London.

Smriti is a qualified Journalist with an optimistic take on life, enjoying sports and reading in her spare time. She has a passion for arts, culture, bollywood movies and dancing - where she uses her artistic flair. Her moto is "variety is spice of life."
Are Asians obsessed with Status?
Forced Marriages to be criminalised