Are Asians obsessed with Status?

Are we as British Asians constantly striving for the latest gadget or driving the fastest car? What is the reason behind this obsession and is there an obsession?

"I would say wealth or income is a predominate factor"

Are British Asians obsessed with status? When asked this question, many British Asians would answer yes. But maybe it is not that simple. Identifying the definition of status could help understand the obsession and even the different types.

Asians identify status by looking at wealth and they use houses, cars, jewellery, clothes and world possessions to do this. You can walk round any Asian area and see loads of Asians in branded clothes or driving around in expensive cars. Many British Asians use their achievement to identify their status. While others state that status is who they are as individuals. 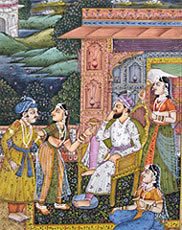 Status in many cultures is highlighted by wealth, class, education and power. Historically, in India, the Moghul kings who ruled the nation in the between 15th-18th century were regarded as of very high status versus the everyday person who lived with very little. Highlighting that status had a strong connection with wealth and power.

So when we say that British Asians are obsessed with status do we actually mean wealth? Because how often is it that you hear British Asian families boast about non-achievers in a family? Asians have the tendency to favour children who only do well and many times ignore the ‘not so clever’ ones. Is it because the high achievers will also be wealthy eventually? Why is it that relationships, support, culture and the family as a whole are not seen in the same light as wealth or are they?

Some argue wealth is not the only factor that British Asians associate with status. Relationships in a person’s family are also a contributing factor. M. Sidhu, 21, said “I would say wealth or income is a predominate factor however relationships, culture, religion would also influence a Asian persons status.” 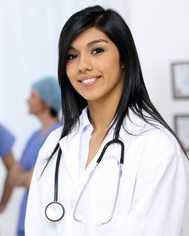 Maybe the question are better answered by looking at the older generation. When South Asians arrived in the 50’s they brought with them their strong traditional values and unique life experiences. All of which were not welcomed at the time. Coming to a country where things like education and professional work were more highly respected, it became apparent to push their children into education and professional jobs.

Farhaad, 21 whose family came from Kenya said, “My dad speaks about how doctors where worshipped in Kenya.” So maybe it isn’t just wealth but also a respectable occupation with higher education that defines status. Therefore achieving their status and value within a foreign community. The older generation have had different experiences and have come from countries where things like education, as Farhaad put it, are “a privilege not a right.” 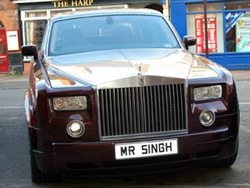 The pressure that British Asian families put on their children is still prominent today. Parents are still pressuring their children to join a respectable career that pays a lot of money. Ranjit Singh, 23, student says, “Asian parents still tend to dictate to their children what career path they should choose i.e. doctor, lawyer, as it makes them look good in the community.”

Another area of British Asian life that transgressed from South Asia is the caste system. Caste defines the identity of a persons professional status which led it to being used as a segregation tool in South Asian society e.g. a person of a higher caste could not marry into a lower caste. But have generations changed their views on caste identifying status? Gia Kaur, 19, says, “It depends. With caste it’s the older generation but the younger generation think about cash.” This suggests that views of the younger generation of British Asians on status are driven by the purely by the wealth factor and not biased by caste as before.

So parents obsessed with status are pushing their views onto their children with the desire to make sure they follow them in today’s British Asian society.

However, many from the younger generation of British Asians feel status is no longer a key issue for them. They feel that the obsession is primarily an older generation thing. Ranjit says,

“Today’s younger generation don’t tend to pay much attention to status. It is mainly the older generation.” 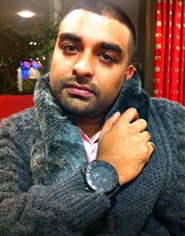 Those British Asians who aren’t driven by status are possibly seen as deviating from the norm. “Sometimes they can be perceived of not caring or not showing too much attention to religion, caste, status within the community or what the family think. But its 2011 and we are in the Western world so why not do what we want?” says Ranjit. Which implies a possible connection between status and following life in the typical South Asian way.

Conversely, it’s evident new types of status are emerging within young British Asians, who see it in the context of how they live their life in the UK today. These include having a flash car, since cars are always an indication of your ‘style’ and status; wearing expensive designer clothes, latest fashions and jewellery; wearing chique eye-wear including designer shades; having the latest hair styles; living in elite city apartments; going on regular nights out and eating out at selective restaurants.

So, maybe a fitting tweet Bollywood actor Mr Amitabh Bachchan sums up whether status does matter or not: “Status, fame, money are not worth a farthing if your mind possesses no value … value can never be measured by materialism.”

Irandeep is a law student. He enjoys debating on politics, culture, civil rights and various other topics. Other interests include music, film and travel. His motto, “The best way to make your dreams come true is to wake up.”
Cost of Riots to British Asians
The Asian Awards 2011