Cost of Riots to British Asians

August 2011 was the scene of some of the most callous acts of crime where rioters and looters caused havoc in some of the key cities of England. The cost of the damage and destruction to communities was immense. Especially, for British Asian businesses in Birmingham who were targets during the incidents.

England witnessed some of the most disturbing riots in its history in August 2011. With its capital London being worst hit and disturbances spreading to many parts of the country, especially, Birmingham, Bristol, Nottingham and Liverpool.

With the root cause being documented as the police shooting of 29 year old, Mark Duggan, a black youth from Tottenham; the riots did not reflect a huge amount of remorse for the death of the individual. Instead, shocking images of looting, stealing and blatant disrespect for authority bombarded television and on-line screens.

Youth and young children mainly dressed in hoodies and facial scarves have been involved in the anarchy with plenty of them also not scared to show their faces whilst committing crimes. Criminal damage and theft were the main activities conducted by the gangs of youngsters of primarily Black but including White and some Asian ethnicity. 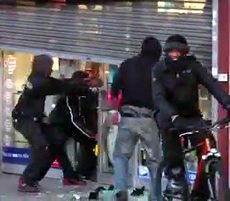 After this first riot in Tottenham, North London, the spread of riots around London boroughs at 21 flashpoints by Monday 8th August 2011, and then across the country were not anticipated, especially by the police, government or the public.

Incidents of fires, looting and destruction left people in shock and awe of what unfolded. Clapham, Ealing and Hackney saw some very serious crimes. A building was set on fire with a young Polish family still inside where images of Monica Konsic were seen of her jumping from an upstairs bedroom to save her life.

When questioned by reporters why were the youths doing this, one girl looter replied, “We are getting our taxes back..” Another vandal said: “Everyone was chucking things, breaking things. It was madness. Felt good though.” Children were actively involved in the rioting and a girl as young as 11 was caught as a looter in Nottingham. 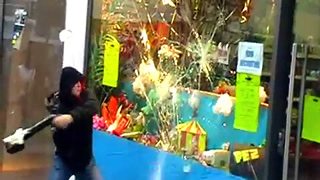 The riots had a huge impact on business and British Asians have been hit hard by the damage. In Birmingham, city centre shops stocking sportswear, mobile phones, electrical goods, petrol pumps and clothing were core targets.

Areas of Birmingham where British Asians reside were particular targets for the looters and thieves. These included Handsworth which saw major damage to Soho Road shops and business premises, catering shops and stores were hit in West Bromwich and Winson Green witnessed loss of human life whilst protecting properties and businesses after looting took place.

DESIblitz got views and comments from Asian traders in the affected areas of Birmingham to determine the type of loss and impact of the riots, which are all compiled in a special video report:

These sheer mindless acts of violence and abuse towards businesses and law and order were condemned by community leaders and many people from the British Asian community. 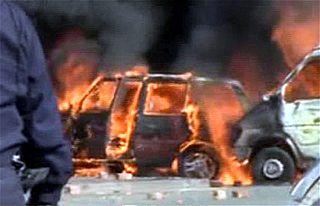 One of the dramatic images on news screens was that of a catering van owned by Dhillon Sweet Centre in West Bromwich being pulled, tugged and set on fire by the rioters that gathered on the High Street.

We asked Mr Dhillon his estimation of losses and he replied: “We lost a lot of money, £30,000-£40,000. Because we lost a van, we lost a Range Rover, we lost two days work and my son still has to do it all up.” Owner of the ‘Electro Centre’ on Soho Road, Mr Munir Ahmad who helplessly witnessed his electrical shop being ransacked, said: “Approximately we’ve lost about £20,000 worth of stock.”

Action was taken by communities when it became evident that police were struggling to protect areas. Birmingham and London saw communities gathering in numbers to protect their businesses and religious establishments. Many were ready to deal with the rioters and gangs themselves. 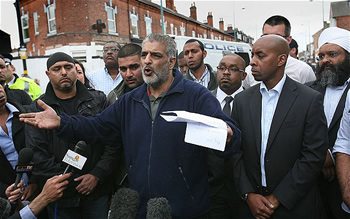 The losses all across the British Asian community have been tremendous financially but the biggest loss of all was the loss of three lives. Haroon Jahan, 21 and brothers Shahzad Ali, 30, and Abdul Musavir, 31 – were killed in a major hit-and-run incident while they tried to protect their neighbourhood from rioters and looters.

Tariq Jahan the father of Haroon Jahan, is a symbolic figure of the 2011 England riots. The courage and strength in his speeches regarding his loss were an epic example of how to unite community and divert further counter active trouble from angry Asian youth.

“I’ve lost my son. Blacks, Asians, Whites, we all live in the same community, why we have to kill one another? What started these riots and what’s escalated. I lost my son, step forward if you want to lose your sons.”

The overall cost of the England riots in August 2011 is unknown but it includes the loss of six lives and approximately £200 million pounds went up up in smoke.

Media coverage was non-stop as the riots unveiled across the country. One Sikh community television channel in particular covered the events in Birmingham extremely closely. Sangat TV and its presenter Upinder Randhawa, showed excellent initiative to report on the events as they unfolded on the scenes. 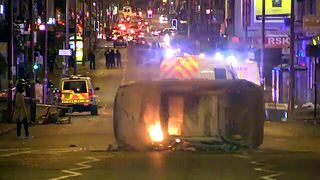 It was evident from video footage and clips that the majority of the destruction and looting was conducted by organised gangs taking advantage of the situation.

Many days after, the general public were not comfortable entering city centres in the usual numbers and police presence was dramatically increased to stop any further violence and damage. Criticism of the slow policing of the escalation of riots was heavily on the political agenda.

Thousands of suspects have been arrested with swift police action after viewing CCTV footage and public support. Many courts worked through the nights to convict the guilty. It’s estimated that 65% arrested were remanded in custody. Police reckon up to 3000 people will end up being charged. 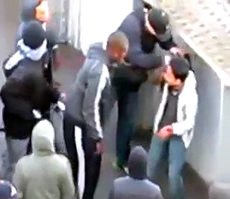 The question as to why the riots turned into the crime they did is being debated. Many blame culture of ruthless gangs, others blame the economic climate giving no hope to youth and some blame the break-down of the family in the form of single parents. Prime Minister David Cameron’s speech including him saying: “There are pockets of our society not just broken but sick.” There is no one answer to the why.

Every business that has suffered loss from the riots will be offered support to compensate them. But it will not replace the hard work and efforts gone into making the businesses they were before the riots. For some it will mean complete new starts.

This period of fearless looting and relentless crime sweeping across the country during August 2011 was never witnessed in the past and has definitely woken the state and government up to re-think its policies around policing, cuts and the social agenda. Mending broken Britain is not going to be an easy task because the glue is going to be expensive.

As part of the senior DESIblitz team, Indi is responsible for management and advertising. He especially loves producing stories with special video and photography features. His life motto is 'no pain, no gain...'
MSJ Asian Business Directory
Are Asians obsessed with Status?